TWO months after, Romero Duno got what he wished for.

The 23-year-old Duno and Garcia tangle in a 12-round bout for the WBO-NABO lightweight crown.

Garcia has been on Duno’s radar for some time now that shortly after stopping Ivan Delgado last September, the native of Cotabato City wore a black shirt that has the name Ryan Garcia printed on it and the phrase ‘Stop Running.’

“I was hoping Ryan Garcia would be here to watch,” said Duno shortly after stopping Delgado in the seventh round of their fight at the Dignity Health Sports Park in Carson, California.

“Ryan Garcia wants to fight a top boxer. We shall see. I will be ready.” 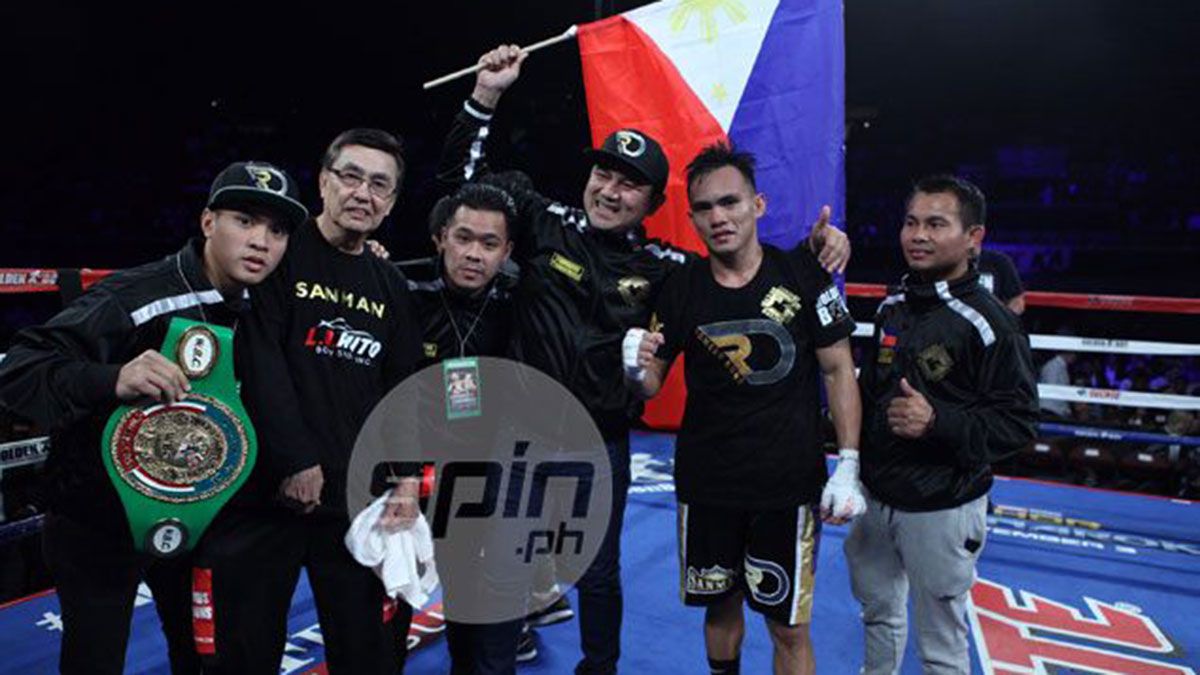 Garcia, 21, is the undefeated prospect of Golden Boy Promotions who has a record of 18-0 with 15 KOs. He’s been calling out Duno on social media for a fight since August.

The young American was scheduled to take on Avery Sparrow in the same card of the Duno-Delgado bout, only for the fight to be called off at the last minute after Sparrow was arrested by U.S. Marshalls in Los Angeles following a warrant of arrest stemming from an April domestic dispute.

Golden Boy Promotions suggested that Garcia take on Duno at short notice, but the camp of the American told the boxing outfit that the Fiipino ‘is a tough opponent to take on 24-hour notice without proper preparation.’

Garcia later denied the Golden Boy claim, saying, ‘My coach Eddy (Reynoso) never said that,’ sparking a heated exchange of words between the upcoming boxing star and his promoter.

Both Duno and Garcia weighed in at exactly 135 lbs. during the official weigh-in Saturday (Manila time).