While he hadn’t seriously discussed the plan with the 41-year-old legendary Filipino fighter, Roach admitted he won't be surprised if ever Pacquiao brings up the idea to him one of these days.

Having worked with the eight-time world division champion for two decades now, the Hall of Fame trainer knows Pacquiao won’t settle for anything less.

“One thing about Manny, he doesn’t just want to beat anybody. He wants to beat the best out there. He wants to fight the top guys,” Roach told ‘Boxing with Chris Mannix’ over sports streaming service DAZN.

“But the thing is, Manny might want to go a little bit higher and fight GGG or one of those guys who’s supposed to be the best.” 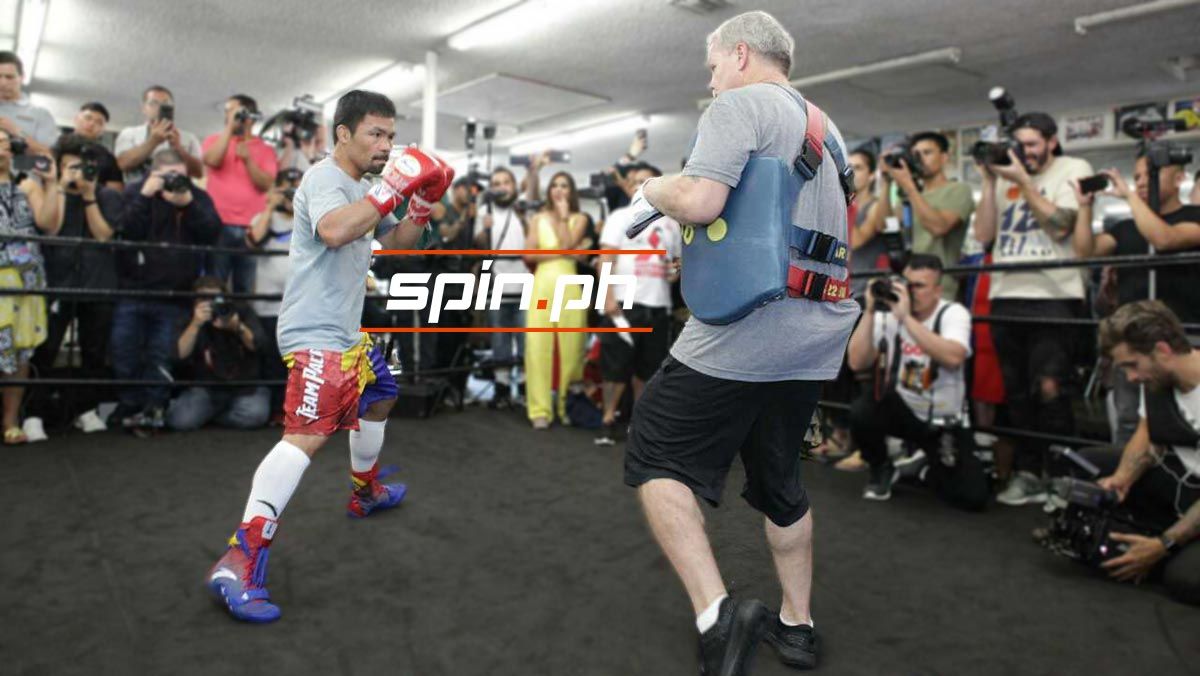 Before he gets bashed or condemned, Roach said the thing is the fight shouldn’t be at middleweight (160 lbs.).

A catch weight could be the perfect scenario like what they did when Pacquiao fought Antonio Margarito in 2010. Instead of taking the 5-foot-11 Mexican at junior middleweight (154 lbs.), the Filipino camp was able to convince Margarito's camp to meet at a catch weight of 150 lbs.

Behind his blinding speed and quickness, Pacquiao battered Margarito for 12 full rounds to score a one-sided unanimous decision and claim the World Boxing Council (WBC) light-middleweight crown. It was the highest weight Pacquiao ever fought, one which also caused him to suffer a broken rib.

“I would not advise him (Pacquiao) to go to 160 pounds, no. That would be a little crazy,” said Roach. 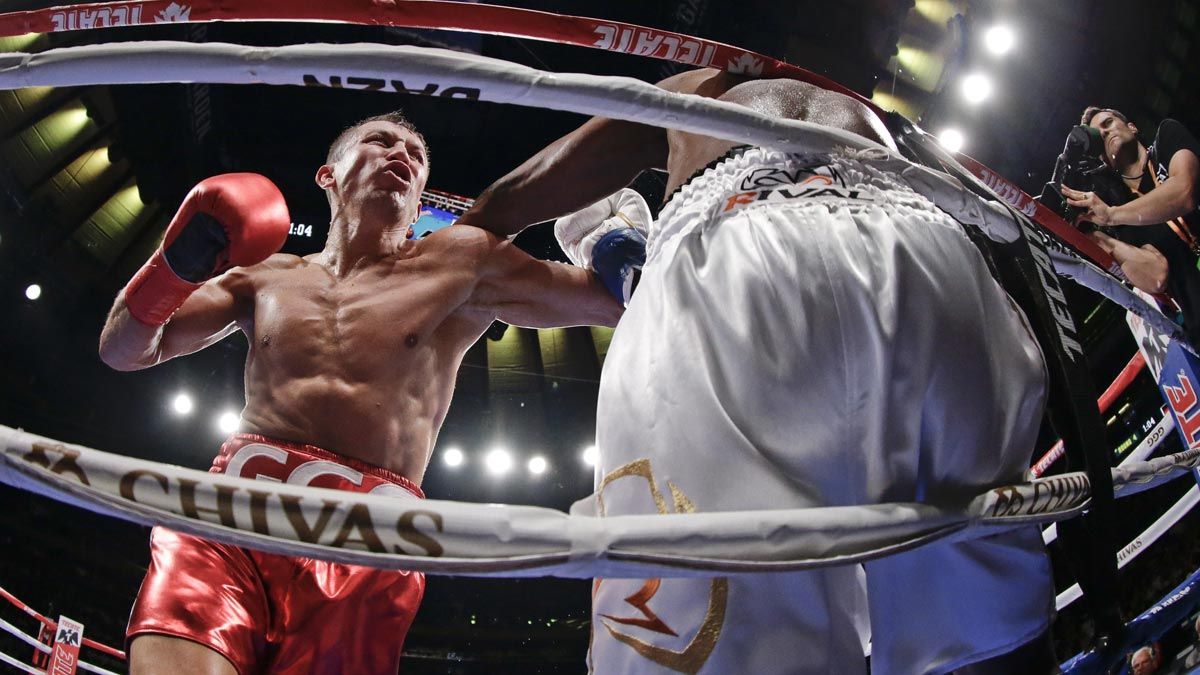 Gennady Gennadyevich Golovkin (GGG) of course, is an indestructible fighter and two-time world middleweight champion who sports an impressive record of 40-1-1 with 35 KOs. The single loss and draw in the career of the 5-foot-10 Kazakhstan were both disputable, coming at the expense of Mexican rival Canelo Alvarez.

Roach knows taking on Golovkin at his comfort zone is not going to be easy.

But Pacquiao also faced the same scenario when he went up in weight more than a decade ago and fought another boxing great in Oscar De La Hoya. The Filipino climbed to welterweight (147 lbs.) in his 2008 showdown with ‘Golden Boy,’ a match that ended in a one-sided, TKO win for ‘The Pacman,’ and sent De La Hoya into retirement six months after.

“Putting him at 147 was a risk at one time,” Roach recalled. “But to fight the biggest guys at 147 lbs. with the money, it made good sense to all of us to fight the great Oscar (De La Hoya).

“It was a great deal and it worked out really well for us.” 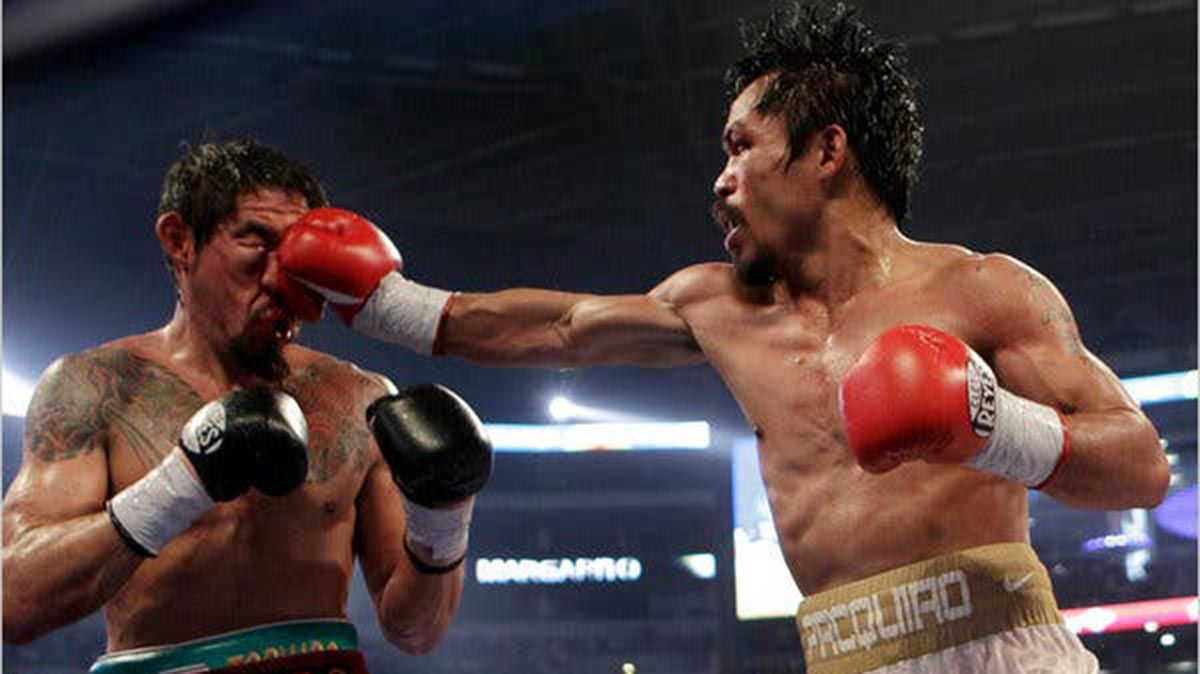 He then went a notch higher by taking on Margarito at 154 lbs.

At the same time, Roach feels the 38-year-old Golovkin, a gold medalist in the AIBA World Championships, AIBA World Cup, and Asian Games, seemed to have slowed down in his last fight against Sergiy Derevyanchenko, which he won by unanimous decision in a close and highly-competitive bout at the Madison Square Garden last October.

The 34-year-old Derevyanchenko, a Ukrainian (13-2, 10 KOs), dealt Golovkin the most number of punches ever by an opponent.

Although Pacquiao, the reigning World Boxing Association (WBA) welterweight champion, is three years older than Golovkin, who was once a Manila visitor when he won the gold in the AIBA Asian Championships in Puerto Princesa in 2004 to clinch a berth in the Athens Olympics, his speed and cleverness could be the key in beating the Olympic silver medalist.

“Pacquiao still desires to be the best there is,” added the 60-year-old Roach.