CHICAGO - Sean Gibbons is normally a ball of sunshine. Easy to laugh, he wears his happiness on the sleeves of his well-tailored suits.

There was little of all that Saturday night (Sunday, Manila time).

Even though his fighter, John Riel Casimero, had successfully retained his WBO bantamweight title, the president of Manny Pacquiao promotions couldn't contain his displeasure over the repulsed challenger, Guillermo Rigondeaux.

"That was embarrassing.They should hold that man's purse," Gibbons told Showtime TV reporter Jim Gray after what amounted to some harmless pixie dust settled following the main event at the Dignity Health Sports Park is Carson, California. 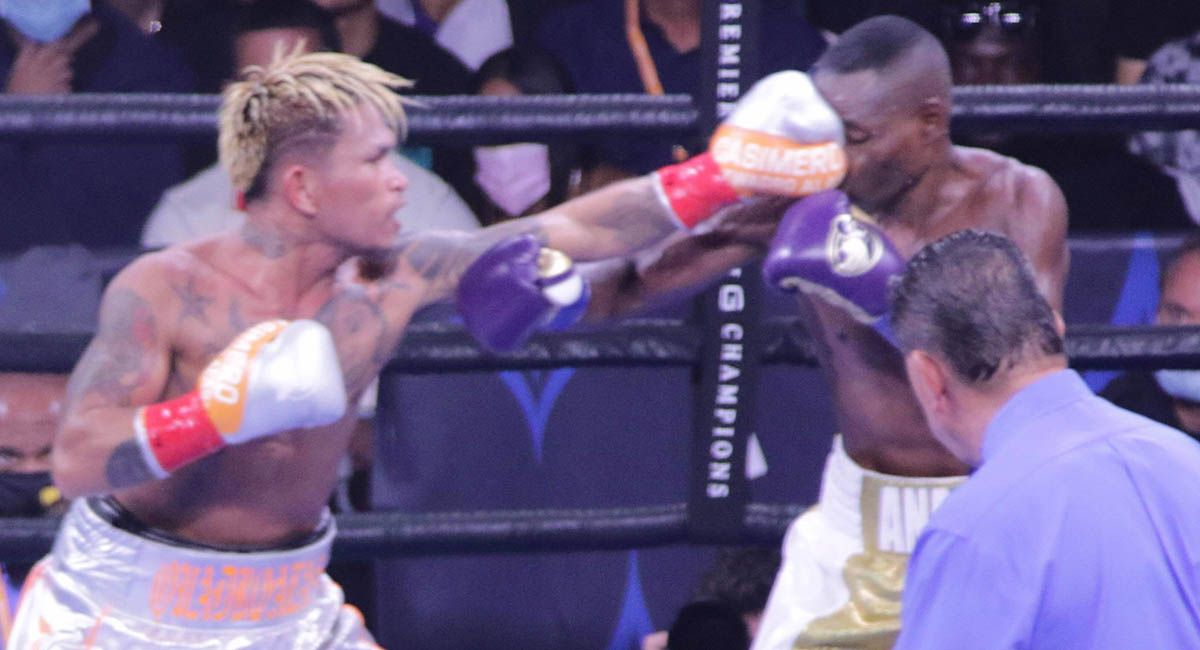 Gibbons lamented the fact that Casimero came "in the best shape of his life" for a fight that was reduced into a laughable mix of Zumba class and track meet.

Gibbons felt sorry for the fans, many of them booing vociferously throughout 12 exhausting rounds. He was irate that they were robbed of an action-packed affair that usually defines a championship fight.

And I fell his pain.

Rebelliously defiant, Rigondeaux, a 40-year old relic known for his elusiveness, insisted that his style was and will continue to be good enough for him to win fights even though the judges concluded otherwise in a split decision verdict.

I get this whole thing about boxing being a sweet science.

Boom. boom, pow and then run. Hit and not get hit.

But what Rigondeau did was to just run. What he pulled off was a rank case of bitter science.

No thanks to Rigondeaux who trafficked on reverse gear the entire evening, there was more feinting than punching. more flexing than hitting.

THIS WASN'T AN ART FORM. THIS WAS GRAFFITI.

Unfortunately, Casimero got infected with the inaction and inactivity as he too put up the kind of output that fell way short of his four aces moniker.

Experts insist he could have done more but it takes two to tango and the eternal frustration of chasing after a reluctant combatant got the best of John Riel, who often stopped in the middle of the ring imploring Rigondeaux to engage in a brawl.

It never came. And for fans like me who watched the bloodless civil war at home, it took a lot of willpower not to turn off the TV set or the streaming device.

But there's a happy ending here.

Casimero kept his shiny crown and burnished his record to 31-4 with 21 KOs. More importantly, his desire to unify the division by forging unification showdowns with Nonito Donaire Jr and Naoya Inoue is still very much in play.

And with the savvy, well-connected Gibbons quietly pulling the strings behind the scenes, the possibilities are breathtaking.

And when either or both of those fights do occur, I can guarantee you that none of the marathon crap that Rigondeaux almost bored us all to death will happen.