Wondering why Manny Pacquiao never got a shot at Olympic gold medal?

MANNY Pacquiao has won world championships in an unprecedented eight divisions, earned more money than he has ever imagined, and is one of the mosty recognized athletes in the world.

Yet there are lingering questions on why an Olympic gold medal never became part of his impressive collection.

It is almost impossible to believe how a boxer as good as Pacquiao can slip through the cracks in the search for fighters that could represent the Philippines in international competitions. But all indications point to Pacquiao not being good enough to get a second look from the Philippine team coaches back then.

Not that he didn't try.

Longtime national boxing coach Nolito 'Boy' Velasco said he has no recollection of Pacquiao fighting as an amateur during his young years, although he remembered his native General Santos City regularly fielding teams in the Amateur Boxing Association of the Philippines' (Abap) weekly talent search program 'Go For Gold.'

Acccording to Velasco, a check of past records of the association confirmed that Pacquiao indeed fought several times in the 'Go For Gold' program which discovered many of the country’s amateur champion boxers under the father-and-son tandem of Mel and Manny Lopez.

But there was one problem: Pacquiao never performed well enough to get the attention of national coaches.

Veteran journalist Ronnie Nathanielz also can't recall Pacquiao ever fighting as an amateur, but doubted if he could have done well in the amateur game where finesse takes precedence over power.

But his aggressive, devil-may-care style made the Gensan native an instant hit as soon as he turned pro, said Nathanielz who first saw the 'Pacman' in action in his third professional fight in a 'Blow by Blow' card for which he was paid no more than P200.

Pacquiao was 17 at that time.

The veteran sports journalist also doubted if Pacquiao could've stayed an amateur for long even if had made the national team.

"His motivation when he entered boxing was to make money," he said, "make money so he can help his family."

Velasco and Pacquiao can now laugh about the boxing icon's failure to make the national team. In fact, Velasco revealed he and fellow national coach Ronald Chavez were ribbled by Pacquiao about it just last year.

“Sabi niya, ‘Hindi ninyo naman ako kinuha sa national team dati, e,” the elder brother of Olympic medalists Roel and Mansueto ‘Onyok’ Velasco said of his chance meeting with the boxing superstar in General Santos City during one of the tournaments hosted by Abap (now known as Association of Boxing Alliances in the Philippines).

[See Two Filipino boxers missed chance to fight Mayweather. Find out who they are]

Looking back, Velasco believes Pacquiao’s failure to crack the Philippine national boxing team turned out to be a blessing in disguise as it made him strive to become a better fighter when he made the decision to turn pro.

Now we'll never know if Pacquiao could've delivered the country's first Olympic gold medal had he made the national team in the past. The closest he ever got to the Olympics was by acting as flag bearer for the Philippine delegation during the 2008 Summer Games in Beijing. 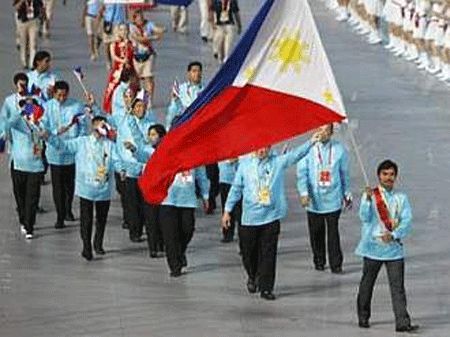