MANNY Pacquiao appreciated serving as inspiration to long time rival Juan Manuel Marquez, who is running for a congressional seat in the June legislative election in Mexico.

The 42-year-old Pacquiao, who is also a member of the Senate, had taken notice of Marquez’s decision to delve in public service after the Mexican admitted a desire to follow the footsteps of the great Filipino champion in his hope to eradicate corruption.

Pacquiao tagged Marquez, 47, in a Twitter post and said, “I am humbled that you have taken notice of my work in the Philippines.”

“Let us be partners in our fight against corruption. Remember always – politics is not a business. It is public service.”

Marquez, a four division world champion, is running under the Ecological Green Party of Mexico as he seeks to become a member of Chamber of Deputies (congressman) in Mexico City’s borugh of Gustavo A. Madero.

The Mexican, who retired in 2014, announced his political plans in a press conference at Martin Carrera neighborhood on Friday (Manila time).

He said Pacquiao, with whom he formed a rivalry considered one of the most highly anticipated in boxing history, had a huge impact on his decision to go into public service.

“If he can do it in the Philippines, why can’t I do it here in the country,” said Marquez, born and raised in Iztacalco, Mexico. 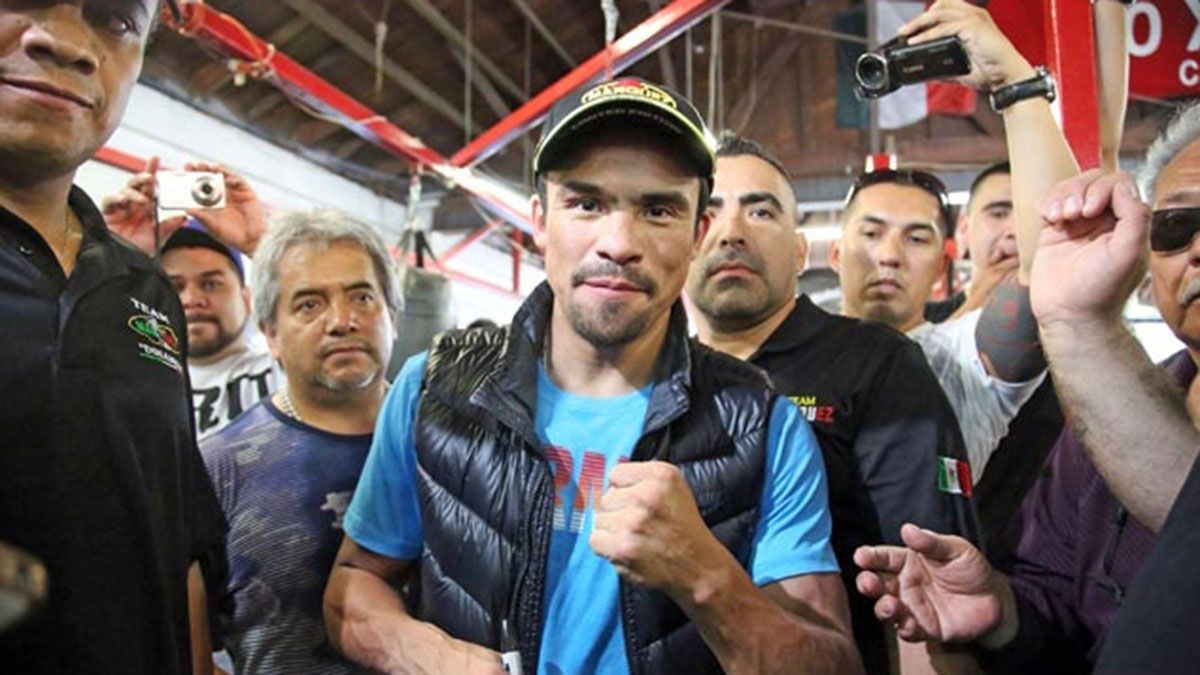 Marquez even cited Pacquiao’s plan of running for president in the 2022 elections in the Philippines.

“I would like to work for the common good of the citizens, in this case where it corresponds me to do so. And I did it in the ring against a fighter who is going to run for president of the Philippines, who was a representative, who is a senator, and who may be President of the Philippines because he has done well. And that serves as an example to be able to do it here.”

Pacquiao and Marquez fought four times in a glorious rivalry from 2004 to 2012.

The Filipino and Mexican marked their first meeting with a controversial split draw in which Pacquiao sent Marquez down to the canvass three times in a blazing opening round.

Pacquiao went on to win their next two bouts – both of which were closely-fought – via split decision and majority decision, respectively, before Marquez finally broke through when he scored a sensational sixth round knockout in their fourth and final showdown.

A fifth fight was reportedly on the planning stage a few years ago, but Marquez turned it down even for a hefty prize of $150 million, citing he’s already retired from boxing.

Marquez, who is set for a ring return this June in an exhibition match against Miguel Cotto, ended his career with a 64-7-1 record including 40 KOs.

If successful in his congressional bid, he will become the second Mexican rival of Pacquiao who ventured into public service after Erik Morales, who also won a congressional seat in Tijuana, Baja California in 2018.

“We are people who ‘die trying,’ We have always struggled to improve and now I am going to do it for the citizens of Gustavo A. Madero,” said Marquez. “The battle is not with gloves, it is with intelligence, with work and effort.”