DEFYING the odds anew and further cementing his legacy.

At 42 years old and idle for the past two years, it’s understandable that Pacquiao is the slight underdog against his younger and unbeaten opponent who currently holds the WBC (World Boxing Council) and IBF (International Boxing Federation) versions of the 147-pound crown.

“Manny has achieved so much in his boxing career and in his life. But everyone in camp can sense this fight has a special meaning,” said Roach after Pacquiao completed his first week of training camp at the Wild Card gym in Los Angeles.

“It is not just about beating a top pound-for-pound fighter or winning more titles. This time it’s all about boxing immortality for Manny Pacquiao.” 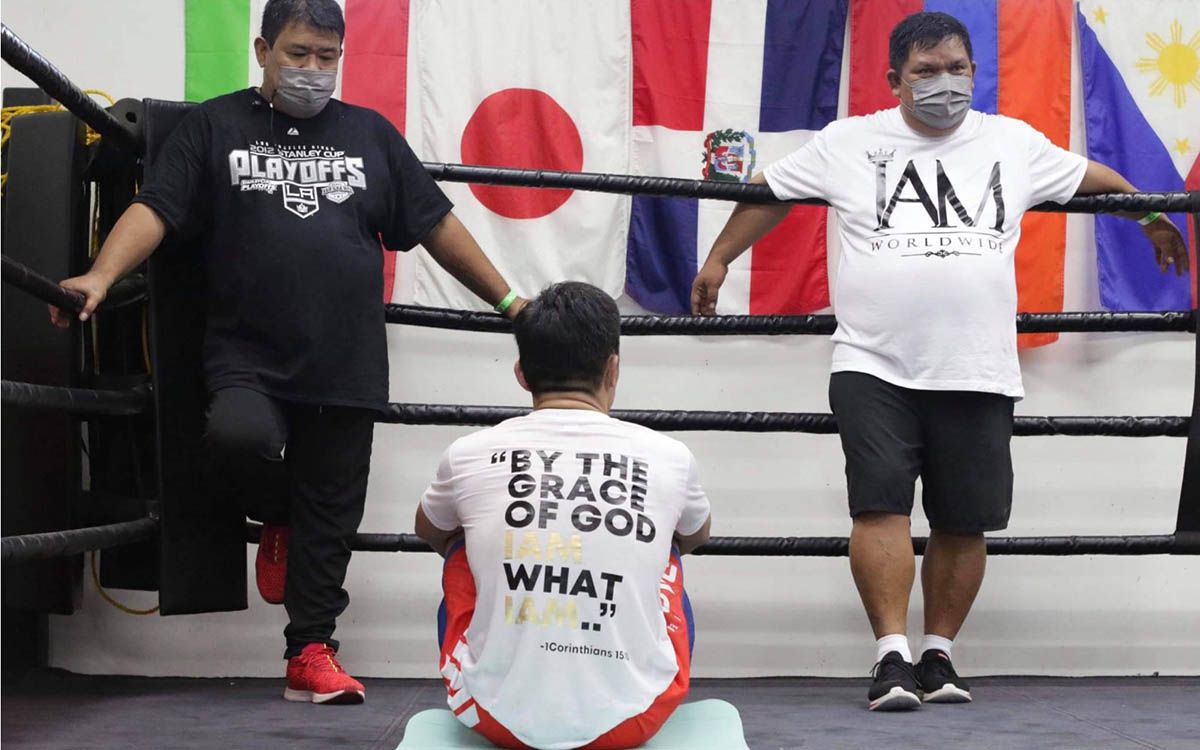 At the same time, according to the 61-year-old Hall of Fame trainer, the Pacman knows Spence, 31, and undefeated in 27 fights (21 KOs), is favored to beat him as the Filipino great has been inactive since July of 2019.

In contrast, the American champion fought last December in Arlington, Texas, scoring a unanimous decision against Danny Garcia to retain both his titles.

Pacquiao has no problem with that, having overcome the odds in the past to emerge winner against highly-favorites Marco in the past such as the late Lehlo Ledwaba, Marco Antonio Barrera, Juan Manuel Marquez, Erik Morales, Oscar Dela Hoya, and of recently, Keith Thurman, who the Filipino had beaten by split decision to wrest the World Boxing Association (WBA) welterweight title in what proved to be his last fight before the pandemic.

“Manny lives for the challenge and the competition,” Roach pointed out. “Manny loves hearing that the Las Vegas odds and the media favor Errol Spence.”