DESPITE a stunning loss to an unheralded opponent, Manny Pacquiao was given a hero’s welcome upon arrival from the US early Monday morning.

That it came as the country celebrates National Heroes’ Day was just a mere coincidence.

Nonetheless, the boxing icon appreciated the warm reception given him by supporters who trooped to the Terminal 2 of the Ninoy Aquino International Airport in the wee hours to have a glimpse of the fighting senator a week after losing to Yordenis Ugas of Cuba in their WBA welterweight title bout in Las Vegas last week.

Placards and tarpaulin-bearing supporters of Pacquiao cheered up the fighting senator, who arrived with wife Jinkee and son Israel and several members of his entourage aboard Philippine Airlines Flight 103 from Los Angeles. 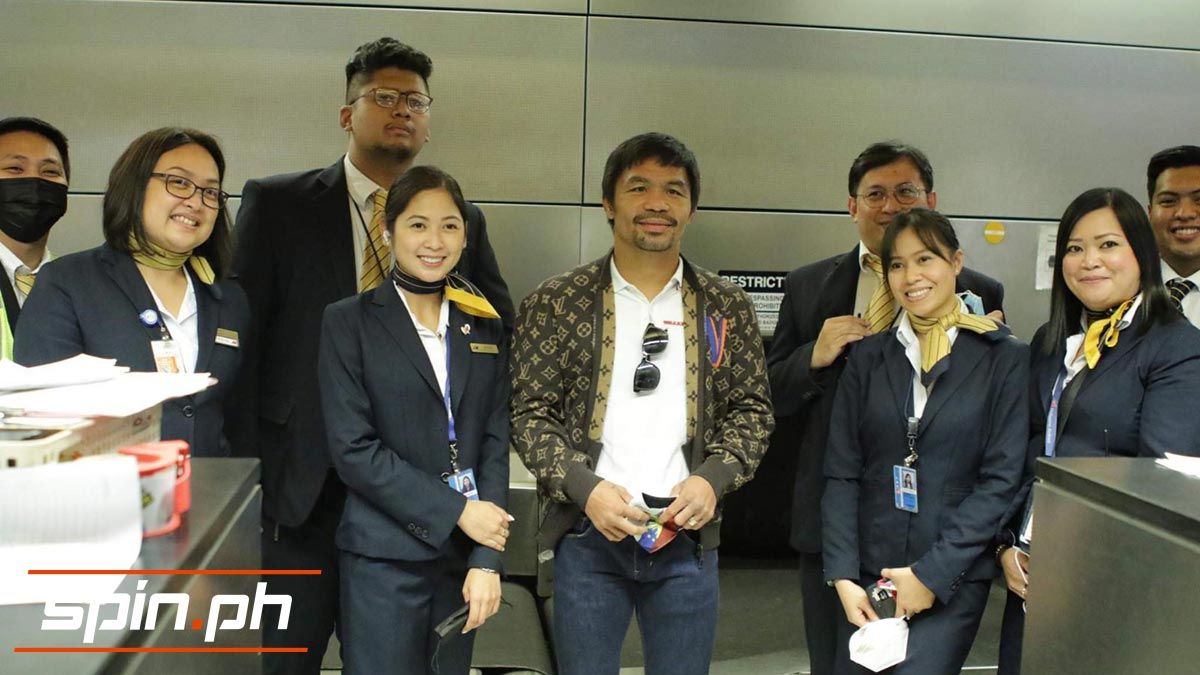 He later expressed apology to his supporters for failing to bring home the welterweight title belt that once belonged to him.

Pacquiao and his group will observed the mandatory 10-day quarantine required for all arriving passengers. They are booked in a hotel located in Pasay City.

Shortly after completing all the protocols, the coming days will be a busy one for the Filipino boxing great, who announced back in the US that he'll be making major announcements by September regarding his boxing career and political plans amid speculations he’ll be running for President in next year’s national elections.