Manny Pacquiao starts training a day after arriving in LA

MANNY Pacquiao didn’t waste time and plunged into training a day after arriving in the US.

The Filipino boxing great hardly showed jetlag and the hangover of celebrating Independence Day as he was up and about on Monday in Los Angeles (Tuesday, Manila time) to officially start training camp for his August 21 title fight against undefeated champion Errol Spence.

Pacquiao, 42, began the day running and working out with his team at the Pan Pacific Park.

The eight-time world division champion then returned to his Los Angeles sanctuary at the Wild Card gym and reunited with long-time trainer Freddie Roach for the first time in two years.

The two did their thing on top of the ring, with the 61-year-old Roach making Pacquiao sweat it out on the mitts.

Pacquiao actually reported late for his afternoon training and apologized to his Hall of Fame trainer in a post he made on tweeter.

“I hope master @FreddieRoach isn’t mad at me for being late for my first day of training @WildCardBoxing. I had to give @Vada_Testing a deposit first,” said the Filipino ring icon turned senator, disclosing he had begun doing VADA (Voluntary Anti-Doping Association) testing for his fight against Spence.

Roach replied by saying, “All good, Manny! Welcome back, Champ!” 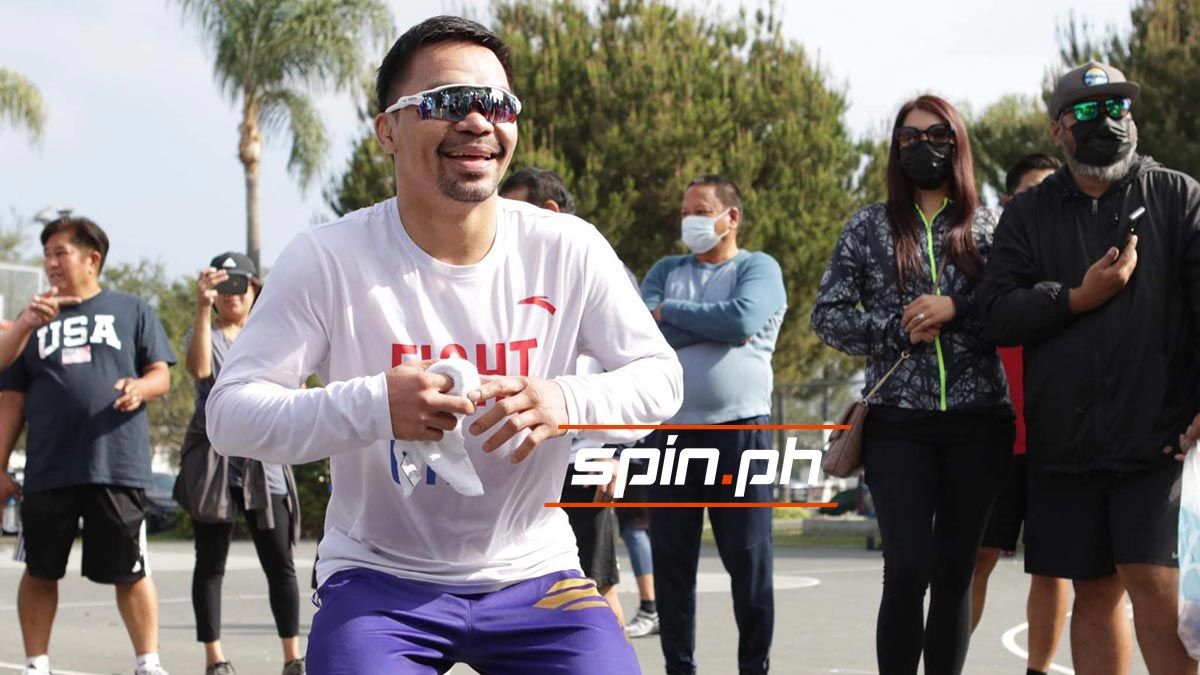 Pacquiao is expected to spar by next week, at least more than a month before his showdown with the 31-year-old Spence, who holds the IBF (International Boxing Federation) and WBC (World Boxing Council) welterweight title belts, at the T-Mobile Arena in Las Vegas.

The Filipino challenger, who last fought in 2019 yet against previously unbeaten Keith Thurman, had strength conditioning in General Santos City for about a month before he departed for Los Angeles.