LAS VEGAS – As he arrived in the same place that has been the site of many of his biggest career battles, Manny Pacquiao can’t help but look back on the journey he had taken on his way to becoming one of the greatest fighters of his era.

It has been exactly 20 years since the Filipino warrior with the lethal left hook first introduced himself to discerning American fight fans by way of a stunning sixth-round TKO of the heavily-favored South African champion Lehlo Ledwaba.

It was the first time Pacquiao fought in the US back in 2001 and certainly, wasn’t his last.

Two decades and 29 more US fights later – most of them marquee ones – Pacquiao could only flash a sheepish smile at the thought that he’s still here and fighting some of the best warriors in his division.

The latest of which will be Yordenis Ugas of Cuba this Saturday for the WBA welterweight championship at the T-Mobile Arena.

The bout marks the 30th fight of Pacquiao in America.

“I never imagined. I can’t imagine what I have done,” said Pacquiao as he reflected on the last 20 years of his career over dinner on Monday upon arriving here from Los Angeles. 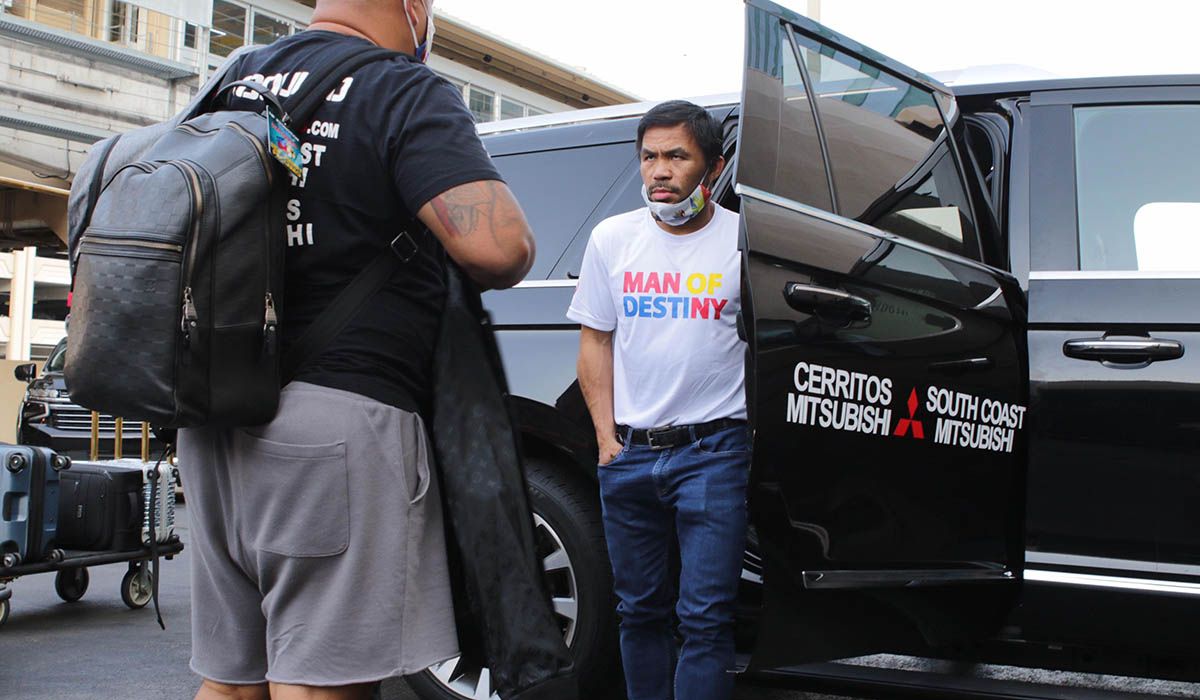 “Iba na,” he said of the famed Vegas Strip, which according to Pacquiao was far different the first time he came over to fight in the undercard of the Oscar Dela Hoya-Javier Castillejo light-middleweight title bout.

A lot has evolved since then. Dela Hoya has long retired, Ledwaba recently died, and most of Pacquiao’s contemporaries are already gone from the sports.

But at 42, the Pacman is still here and taking on elite fighters like Errol Spence, who, if not for a detached retina on his eye, would have fought the only eight-time world division champion instead of Ugas.

Still, just being at this stage of his career and still very much competitive, Pacquiao couldn’t ask for more.

“My contemporaries have all retired.”