LAS VEGAS - Two fighters who currently own a piece of the world welterweight crown remain in the bucket list of Manny Pacquiao should he decide to keep on going after his title encounter with Cuban Yordenis Ugas this weekend.

The legendary Filipino boxer disclosed he still eyes a showdown with either Errol Spence or Terrence Crawford if the fight against Ugas won’t be the last of his illustrious career.

“Two fighters that I want to challenge if I keep on fighting. Errol Spence and Terrence Crawford. I want to fight them,” said Pacquiao, 42, when asked if who he wants to take on if he won’t be retiring from boxing yet.

Spence of course, was originally scheduled to face the Filipino senator on Saturday as he stakes both his IBF and WBC welterweight belts. But a tear in his retina forced him to withdraw from the fight, paving the way for Ugas to come in as a last-minute replacement. 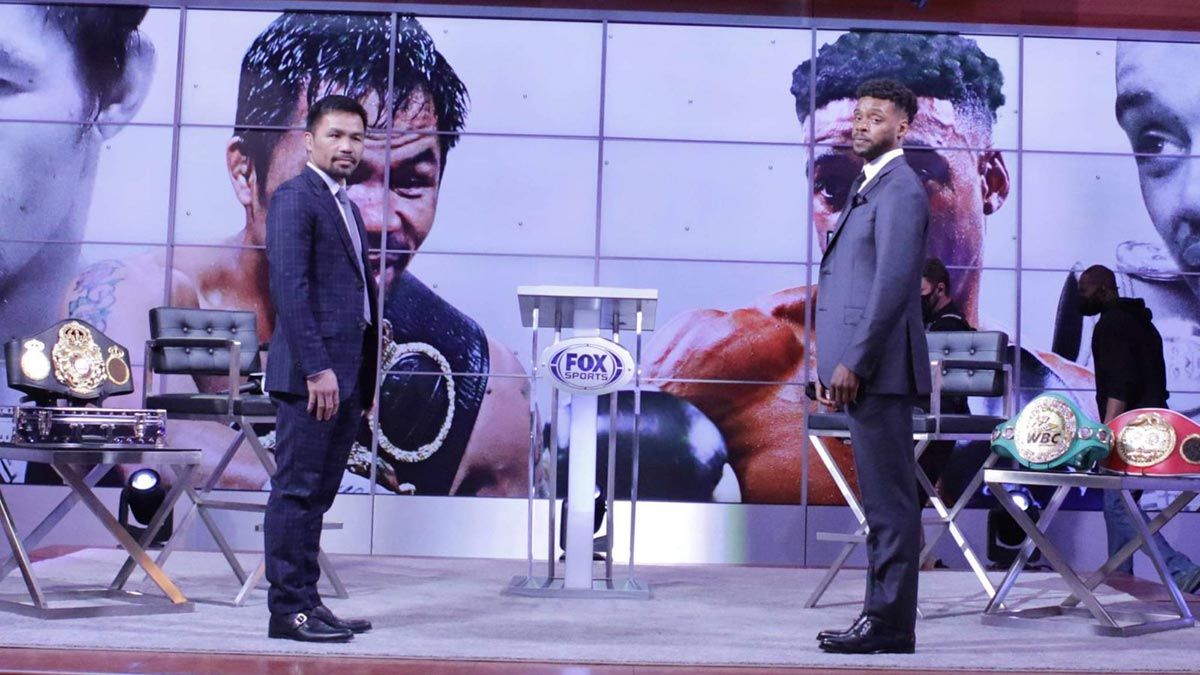 Crawford meanwhile, owns the WBO version of the 147-pound championship and considered as the top welterweight fighter today. But fighting under Top Rank has denied him of big money paydays as most of the current top welterweights are with PBC (Premier Boxing Championship), including Pacquiao.

Both Spence and Crawford are undefeated.

What lies ahead of Pacquiao’s boxing career after the Ugas fight – win or lose – remains uncertain especially with talks about his plans of seeking the presidency of the Philippines in next year’s national elections.

Pacquiao remains undecided at the moment, but plans to come out with an official statement by next month.

“Right now, I have no final decision yet. I’m going to make a decision after this fight. Probably next month, September,” he said.

But he did hint about plans of eyeing the presidency as his name is among those strongly being mentioned as possible candidates for the highest position in the land.

“It’s hard to say no, I’m not,” he said when asked about the matter.

“But like I said, every fighter’s dream is to become a champion of the world,” he said. “And when you are a politician, what’s your dream? To lead the nation, to lead the people. That’s your dream.”