THE warrior in him led Nonito Donaire to ditch off his fight plan and engaged Naoya Inoue in a virtual booth war during their rematch on Tuesday night.

It was a huge mistake for which Donaire paid the price.

The Filipino Flash was at the receiving end of one of the lopsided matches of his career, a second round TKO at the hands of Inoue to yield his WBC title belt at the Saitama Super Arena in Japan.

Donaire said he was supposed to jab Inoue during the fight to keep the distance between them, but unfortunately, failed to resist the urge to engage Inoue the moment big shots were exchanged.

He was in trouble right there and then.

"Brawlers gonna brawl. It's part of me," said Donaire in a live social media post hours after the loss.

His corner kept telling him to jab early on and move away, according to the Filipino, who even worked with Sugarhill Steward — trainer of unified heavyweight champ Tyson Fury — during his training camp.

"But the moment I got caught with something, I just wanted to fu@#& brawl, man," he said.

"We came in with a good game plan," Donaire added. "But I got so caught up with wanting to brawl, and that's my biggest flaws. I love brawling. It's hard for me to go and change that overnight. That was the biggest mistake that I did."

The beginning of the end came late in the first round when the undefeated Inoue, who now holds the WBC, WBA, and IBF bantamweight titles, dropped Donaire with a solid right to the temple that obviously shook the Filipino.

It was a punch Donaire said he didn't see coming that he wasn't aware he was knocked down.

"I was trying to counter with a hook and then I get caught with it. I didn't see it at all," said Donaire. 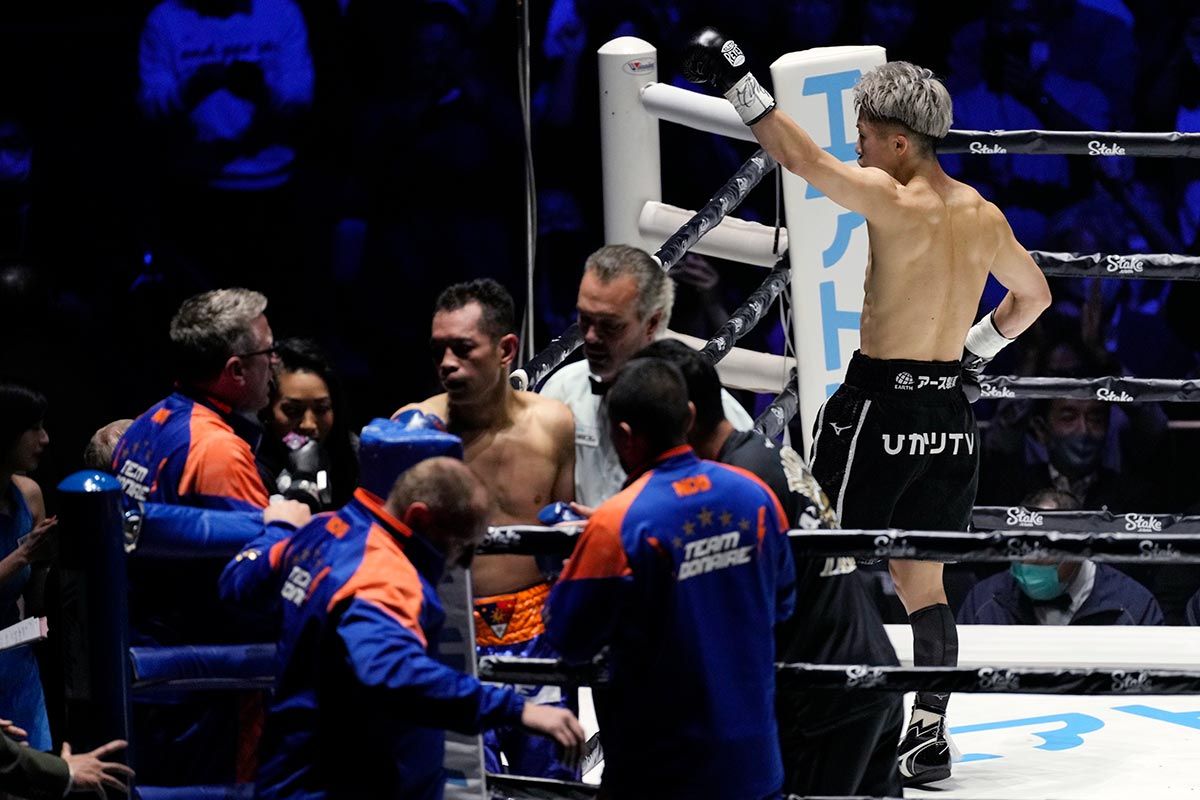 All he could remember after was referee Michael Griffin was counting on him as he stood in the ring. And upon looking at his corner, wife Rachel was yelling at him to put his hands up, otherwise he will be counted out.

"And when I put my hands up, that's when like, 'oh I got dropped, I got dropped.' So when I went to the corner I was like, what did he hit me with?' And then they said, it's like a one-two.'

Although Donaire came back and hit Inoue with some big shots of his own, the 'Japanese Monster' knew it was just a matter of time before the Filipino went down.

A few minutes later, one of boxing's highly-anticipated rematches was over.

It was the seventh career loss of Donaire, a first ballot Hall of Famer, and the most vicious since being stopped in the sixth round by towering Nicholas Walters when Donaire tried to move six pounds ahead and vied for the WBA featherweight crown.

A few months from now, he turns 40, an age rare for an athlete to still be active especially in a sport as brutal as boxing.

But in the hour-long video, hardly was retirement mentioned among Donaire, wife Rachel, and his entire team.

"It is what it is. I'm just grateful that I'm still healthy," he said.

"We're just moving on to the next, I guess."