AT age 40, Donnie Nietes is tasked to restore pride in Philippine boxing after it was beaten black and blue the past few weeks.

Nietes vies for the WBO super-flyweight title against reigning champion Kazuto Ioka of Japan on Wednesday night at the Ota-City gymnasium in Tokyo.

More than regaining the belt he once held prior to the pandemic, Nietes winning the title meant giving pride and honor again to a country that had been stripped of its world champions one after the other this year.

Losses pile up for Pinoy boxers

From having four world title holders to start 2022, the country suddenly found itself with none following the loss of Mark Magsayo to Mexican Rey Vargas to yield his WBC featherweight crown.

In the case of Johnriel Casimero, the 32-year-old Filipino was stripped of his WBO bantamweight crown during his second fight with Paul Butler.

That left a huge task on the shoulder of Nietes to beat Ioka and restore Philippine pride.

The Japanese champion of course, is someone very familiar to the Filipino.

Nietes had beaten Ioka in the past after scoring a split decision to win the same WBO title during New Year’s Eve of 2018 in Macau.

But he eventually gave up the belt without defending it as a rematch with compatriot Aston Palicte was in the horizon for his mandatory defense. 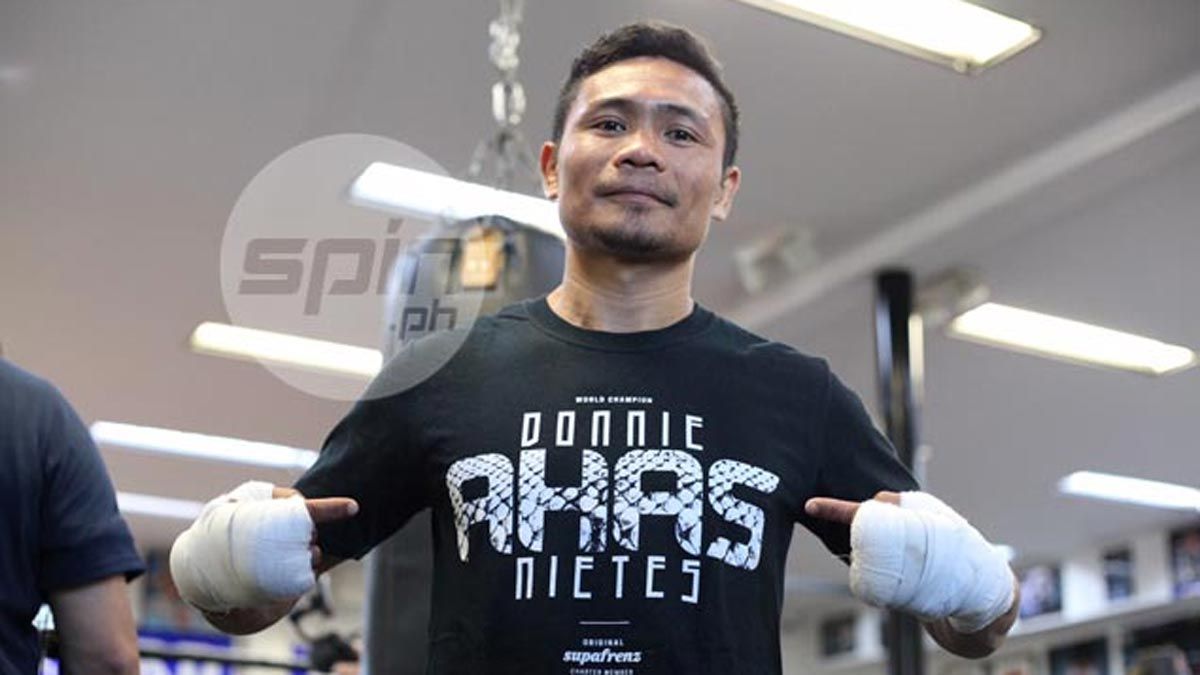 Nietes has since been on a comeback trail and is now eyeing to win yet another crown.

Probellum president Richard Scheifer believes the Filipino warrior has a 50-50 chance against the Japanese champion, who is making the fifth defense of the title, all of which were held in Japan.

“For a long time, the lower weight classes were neglected, but now that has changed. And today, they are extremely popular with fight fans and networks,” he said.

“It’s the right time to be in those weight classes, and I would not be surprised if Donnie, once he’s world champion again, says, ‘Hey, I might as well add a few more titles.’

Nietes, who holds the distinction as the longest-reigning Filipino world champion, carries a 43-1-6 record with 21 KOs, while Ioka, formerly a unified mini-flyweight title holder, has 28-2 record, including 15 KOs.