Mayweather considers Pacquiao the best he ever fought: ‘A hell of a fighter’

RETIRED boxing great Floyd Mayweather Jr. acknowledged rival Manny Pacquiao was the best he ever fought in his unblemished 21-year career inside the ring.

Pacquiao hands down. Not Oscar De La Hoya, not Canelo Alvarez, not Juan Manuel Marquez, not Miguel Cotto, not Sugar Shane Mosley, not Arturo Gatti, not Jose Luis Castillo, nor was the late Diego Corrales.

For ‘The Money Man,’ the Pacman is up there in that category.

“The best fighter I’ve ever fought probably was Manny Pacquiao because of his movement. He’s a hell of a fighter,” Floyd Jr. admitted during his appearance on The Million Dollaz Worth of Game podcast hosted by rapper Gillie Da King and social media influencer Wallo267 for its 111th episode.

“And I can see why he won so many fights and I can see why he’s going down as a Hall of Famer because of certain moves that he make,” added the 1996 Atlanta Olympics bronze medalist who retired with a perfect 50-0 record (27 KOs) in 2017.

Mayweather’s admission came a day after the sixth-year anniversary of his well-known May 2, 2015 unification bout with Pacquiao, which went down as the richest fight ever in the history of boxing.

The undefeated American scored a unanimous decision against his Filipino opponent in a bout that unfortunately, didn’t live up to the hype of being billed as the ‘Fight of the Century.’

Nonetheless, the fight for the World Boxing Council (WBC), World Boxing Association (WBA), and World Boxing Organization (WBO) welterweight title belts was a huge success financially, earning between $300 to $400 million in gross revenue – or even more – while setting a record in pay-per-view buys at 4.6 million or translated to $410 million in revenue.

Mayweather reportedly earned $180 million for the bout and Pacquiao $120 million.

But Floyd Jr. said it straight in the same podcast he earned far more than the published figures. 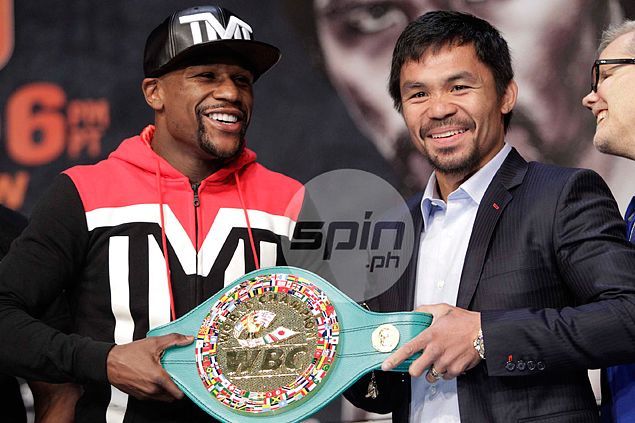 The 44-year-old Mayweather (50-0, 27 KOs) was actually asked about the ‘roughest fight he ever had,’ when he made his take on Pacquiao before finally replying to the question.

He considered Emmanuel Augustus, nicknamed ‘The Drunken Master,’ the roughest fighter he fought in the ring.

“It was tough,” said Mayweather of his Oct. 2000 non-title fight against Augustus.

“It was just tough,” he added when asked if he was indeed bothered by Augustus’ awkward fighting style.

Mayweather also made mention of Cotto, who he defeated in 2012 via unanimous decision to wrest the WBA light middleweight crown.

“And Miguel Cotto was very, very physically strong,” he said. “Different fighters. You know, different days, you feel different ways. So some days you get over there and you may not feel that good. But you go there and look superb.”

Mayweather also disclosed why coming out of retirement no longer interests him.

Mayweather is set to face Youtube sensation-turned boxer Logan Paul in an exhibition match on June 6 as earlier announced.