Pacquiao a boxer that comes just once in a lifetime, says grateful trainer

LOS ANGELES - Marvin Somodio hopes the greatness of Manny Pacquiao was not lost on today's generation of boxing fans who have come to witness his exploits in the ring.

For the soft-spoken second of chief trainer Freddie Roach, Pacquiao is one boxer who comes just once in a lifetime.

Somodio said he hopes fans appreciated a history-making journey that ended, presumably, with the 37-year-old Filipino ring superstar hacking out a unanimous decision win over Timothy Bradley at the MGM Grand in Las Vegas.

"Wala ng katulad niya," said Somodio, who currently lives just a distance away from the Wild Card gym with his wife and child. "Siguro baka balang araw may darating na boxer like him, but not in our lifetime. Patay na tayo lahat nun."

Goodbyes were not said inside Pacquiao's dressing room following the fight, which was a good thing for him, according to Somodio.

Somodio said he'll always be grateful for Pacquiao, who plucked him out of the Coyeesan gym in Baguio City, where he once acted as resident trainer.

The 'Summer Capital' of the Philippines served as Pacquiao's training camp for several of his previous fights. It was there where Somodio eventually crossed paths with him.

It was through the Pacman's prodding that Somodio made it to the US and served as Roach's assistant at the Wild Card gym, beginning with the time the Filipino southpaw was training for his first fight against Bradley.

That changed the course of his life forever. 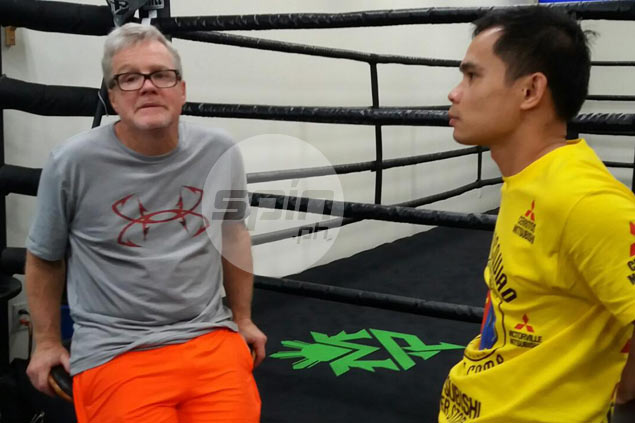