LAS VEGAS – Mark Magsayo was stunned after going down on his knee courtesy of a Julio Ceja body shot in the fifth round of their featherweight title eliminator bout on Saturday (Sunday, Manila time).

But he knew a loss could cost him a lifelong dream.

“I got knocked down and was surprised,” he said in the post-fight presser after scoring a vicious 10th-round knockout against the tough Mexican in the undercard of the Manny Pacquiao-Yordenis Ugas welterweight title match.

“But I focused my mind on what I wanted – a world championship shot. It’s my dream today and now it’s coming true.”

Magsayo, 26, moved closed to that dream of his following that impressive win over Ceja, who had been a veteran of three world title bouts. 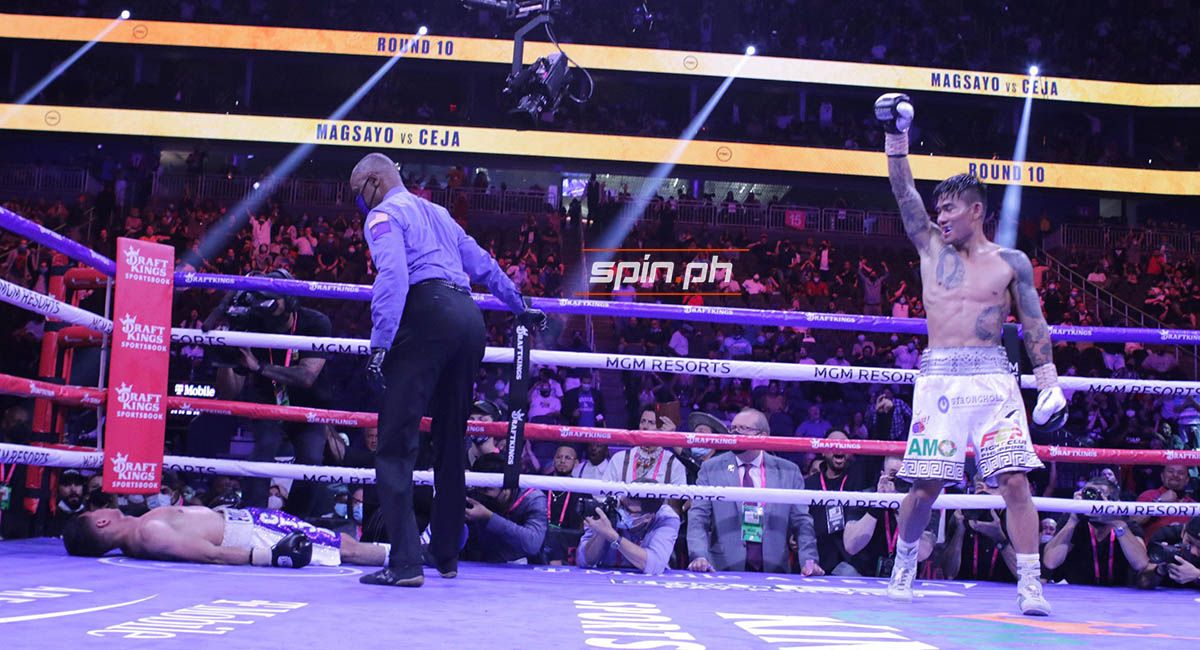 A possible showdown with reigning WBC featherweight title holder Gary Russell is now on the horizon for Magsayo if his handlers, Manny Pacquiao Promotions, can make the fight happen by the end of the year.

“Hopefully, my next fight is a world title shot,” said the unbeaten Filipino who hails from Tagbilaran, Bohol.

Magsayo (23-0, 16 KOs), scored a quick knockdown against Ceja in the first round, but found himself in a war as the Mexican just wouldn’t easily fade away. 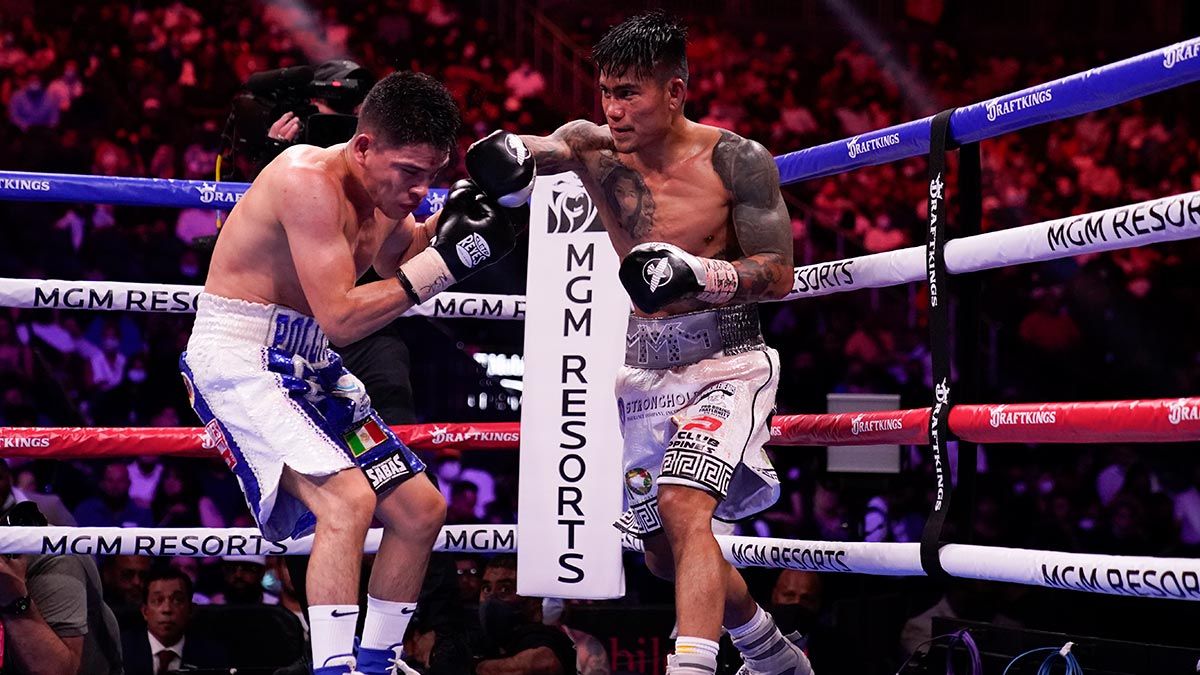 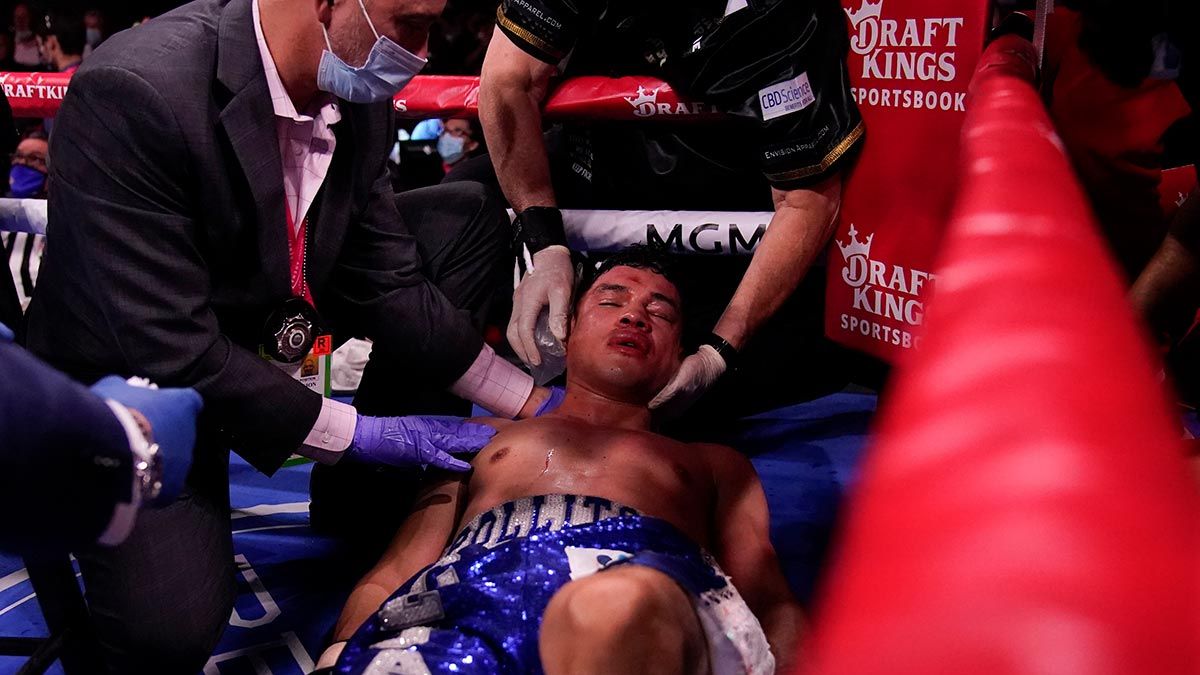 Ceja eventually had Magsayo in trouble by the fifth round when he sent him down with a right hook to the body.

The tide appeared to have turned in Ceja’s favor by then, before Magsayo rallied and scored one of the year’s biggest knockout wins. 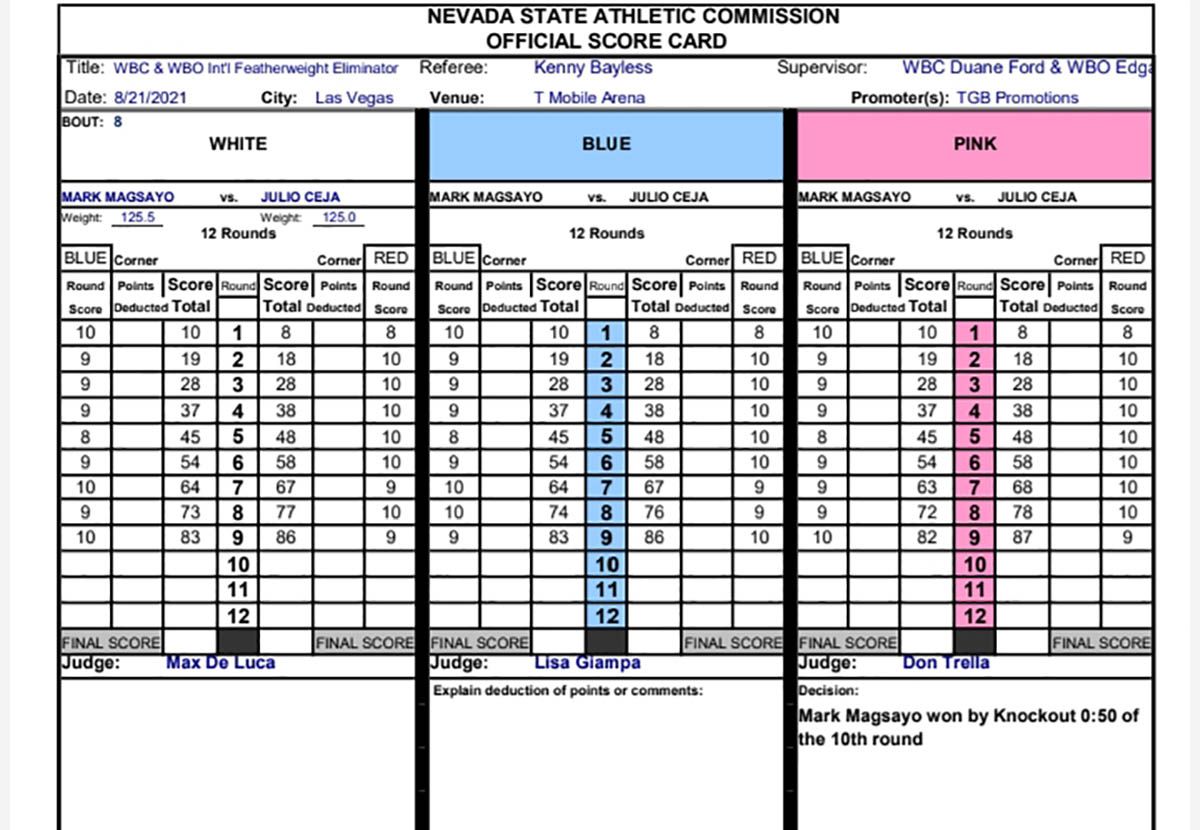 “I just worked a lot on the straight punches. I kept working it round after round and when I saw he was hurt, I followed up,” said Magsayo, who has been based in Los Angeles for more than a year now.

“I’m so glad for the outcome. I expected his style to make it happen, and I expected a knockout tonight.”