NOW it can be told.

A farewell fight was lined up for Manny Pacquiao against former sparmate Amir Khan until the Filipino boxing legend announced his retirement as he pursues his presidential bid in next year’s national elections.

MP Promotions president Sean Gibbons and British promoter Eddie Hearn of Matchroom Sport ironed out the showdown between the two former world champions for a December or January playdate just before the start of the campaign period.

Then came the retirement.

“It was done, but his (political people) said no,” said Gibbons on Friday.

“In Dubai,” added the MP Promotions official when asked where the fight was supposed to be held.

“I was in talks with Amir to make the Manny Pacquiao fight about four weeks ago with Sean Gibbons before he (Pacquiao) made the decision to retire,” said Hearn in an interview over Liechtenstein television channel 1FLTV.

“We had that fight in great shape, ready to go in Dubai.” 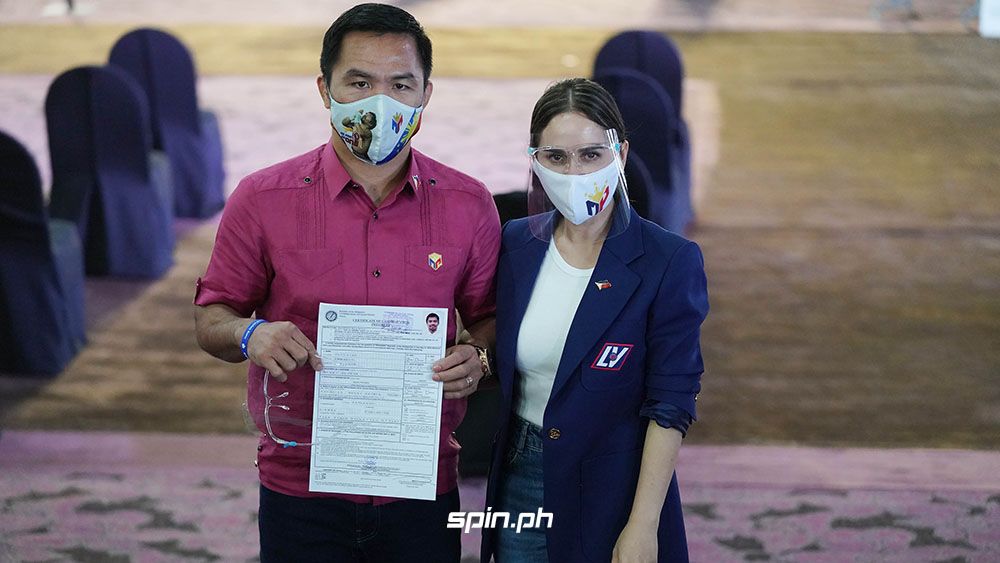 Pacquiao, the only fighter in history to win eight world titles in as many weight classes, announced his retirement from boxing last Sept. 29, or 10 days after formally announcing he is running for president in the 2022 elections.

Prior to retiring, the 42-year-old Pacquiao (62-8-2, 39 KOs) lost in his world welterweight title bid against underdog Yordenis Ugas of Cuba in an August 21 bout held at the T-Mobile Arena in Las Vegas.

The Cuban champion was a last-minute replacement for unbeaten world champion Errol Spence, who suffered a detached retina while in training camp two weeks before the scheduled bout.

A Pacquiao-Khan fight had long been in the planning stage since the two former Wild Card stablemates parted ways in 2012 when the 34-year-old British of Pakistani descent split up with trainer Freddie Roach.

Talks about having the fight in UK, Dubai, and even Saudi Arabia were made,, but nothing came out of it.

A few days before he faced Ugas, Pacquiao disclosed he almost agreed to a fight deal with Khan, but that a problem came up at the last-minute and eventually shelved the bout.

There was no doubt, however, Khan’s best years as a fighter came during the time when he served as sparmate of Pacquiao, with Roach working his corner.

It was during that period when the 2004 Athens Olympics silver medalist won the WBA and IBF light-welterweight titles in a reign that spanned more than two years and included victories against elite fighters such as Marco Antonio Barrera, Andreas Kotelnik, Dmitry Salita, Paulie Malignaggi, Marco Maidana, and Zab Juddah.

Khan last fought for a world title in April 2019 when he suffered a sixth-round TKO to undefeated Terrence Crawford for the WBO welterweight crown.