THE man Manny Pacquiao beat on the way to achieving legendary status just passed away.

South African Lehlohonolo Ledwaba died on Friday of COVID-19 while on his way to the hospital, according to a report by South African-based television channel SuperSport (Saturday, Manila time).

‘Lehlo’ as he was fondly called would have turned 50 on July 27.

One of his signature fights was his 2001 meeting with Pacquiao when he staked his IBF (International Boxing Federation) super-bantamweight title in the undercard of the Oscar Dela Hoya-Javier Castillejo light-middleweight bout for the WBC (World Boxing Council) championship at the MGM Grand in Las Vegas.

Pacquiao, then 22 and making his US debut, was tapped to be Ledwaba’s challenger on two weeks’ notice and fighting under trainer Freddie Roach for the first time ever. 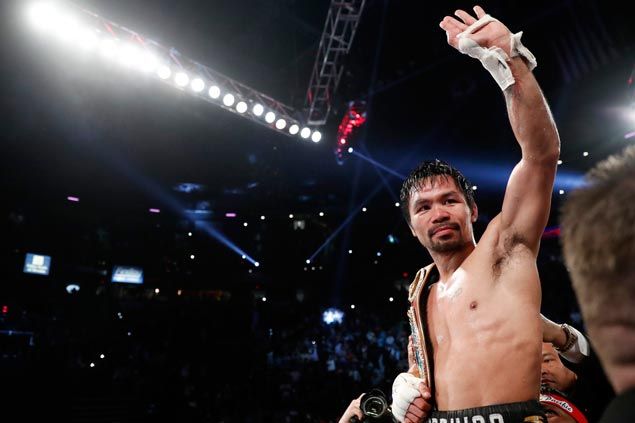 Ledwaba, a prohibitive favorite to retain his belt for the sixth straight time, lost to the rising southpaw fighter from the Philippines via sixth round technical knockout.

It was the start of what would become a Hall of Fame career for Pacquiao, 42, who won his second world title that night of June 23.

Pacquiao later condoled with his former opponent through a post in his social media platforms.

"So sad to hear the passing of Lehlo Ledwaba! He was a true champion in and out of the ring and left behind an amazing legacy," said the 42-year-old boxing champ and senator.

For Ledwaba, he was not the same crafty fighter following the loss to the Pacman.

The native of Soweto went on to lose four of his seven last bouts, including back-to-back against compatriot and former world champion Cassius Baloyi.

Ledwaba’s last match was in 2006 against Maxwell Awuku in South Africa, losing the fight in the ninth round via referee technical decision (RTD).

He first won the IBF title belt in 1999 with a unanimous decision win over John Michael Johnson, before successfully defending the crown against Edison Valencia Diaz, Ernesto Grey, Eduardo Enriquez Alvarez, Filipino Arnel Barotillo, and Carlos Contreras before running smack into the hands of Pacquiao.

Still, Ledwaba, nicknamed ‘Hands of Stone,’ is considered among South Africa’s boxing greats and one of the finest champions in the 122-pound division.