GENERAL SANTOS CITY – As the smoke of battle cleared, so did Manny Pacquiao’s thoughts about losing to Jeff Horn and yielding his World Boxing Organization (WBO) welterweight title.

While the boxing icon maintains he still respects the decision of the three judges in the 12-round title fight on Sunday in Brisbane, Pacquiao felt he fell prey to some of the tactics used by his big Australian opponent that allowed him to post the upset win via unanimous decision.

At the same time, the 38-year-old Filipino senator stressed erroneous judging had always hurt the sport of boxing then and now.

Waleska Roldan saw Horn dominate the bout and scored it 117-111, while Chris Flores, and Ramon Cerdan both had the Aussie winning by the same tally of 115-113

By his own estimate, Pacquiao said he won by four to five rounds.

“Lamang tayo ng four to five rounds, para sa akin, a,” he made it clear. 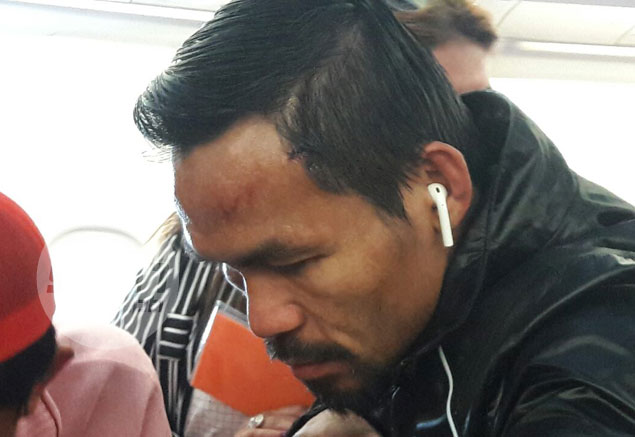 Pacquiao also cited referee Mark Nelson for allowing Horn, 29, to get away with his rough tricks inside the ring and also mentioned the warm effect on him brought about by the numerous camera lights situated just above the makeshift ring.

“Feeling ko tuloy na set-up ako,” he said, but added he’s not complaining about the lights.

The 11-time world champion, who slept and watched a series of chess games during the course of the flight, also pointed out Horn had a rough style of fighting, although he insisted it wasn't a problem for him.

While he’s amenable for a rematch, Pacquiao couldn’t commit if it would take place four months from now, saying it will depend on when the Senate would be on a break.

Pacquiao, who was given arrival honors at the GenSan airport on Monday and welcomed by Sarangani vice-governor Elmer de Peralta and GenSan vice mayor Shirlyn Banas, felt grateful for the support and love extended to him by the Filipino people in yet another trying time for his boxing career.

At the moment, Pacquiao, who still bore some obvious marks on his face from the brutal war he went through with Horn in Australia, said he’ll just enjoy the coming days in the loving arms of his family.

The boxing icon said he will be back on daddy duty in the next few days.