MANILA Rep. Manny Lopez blamed the leadership of the Association of Boxing Alliances in the Philippines (Abap) for the poor showing of a Philippine boxing team that got wiped out in the Rio De Janeiro Olympics.

Lopez, a former Abap president and now a congressman representing the first district of Manila, said Abap officials failed to prepare the boxers well for the Olympics, leading to the early exits of Charly Suarez and Rogen Ladon.

“It all boils down to leadership. If other people can do it, why can’t they?” Lopez, who was replaced by Ricky Vargas as Abap president in 2009, said in an interview with DZSR Sports Radio.

The current Abap leadership has not produced one medal in three Olympiads.

While he saluted Ladon and Suarez for their efforts, Lopez said the current Abap leadership didn't put the boxers in a position to succeed against the world's best fighters.

Ladon lost his first match to Colombian boxer Yurberjen Herney Martinez via unanimous decision, later admitting that pressure as well as a hamstring injury prevented him from giving his best.

As for Suarez, who bowed to European champion Joseph Cordina of Great Britain, Lopez said putting him in the lightweight division where he went up against taller fighters was not a sound decision. 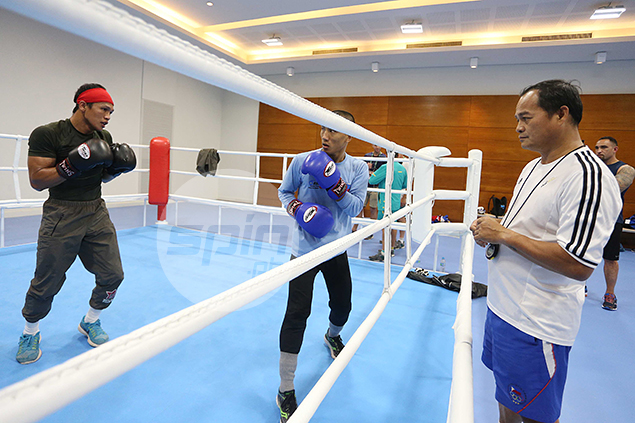 Lopez said national coaches, most of them holdovers from his time, should not be blamed for the debacle.

Lopez also felt the national team should have trained in Cuba, which has a proven track record in Olympic boxing, and not in the US during the run-up to the Rio Olympiad.

“It does not take a rocket scientist to learn and follow the footsteps of someone who can attain and commit to us what we have been long desiring,” he added.