MARK Bernaldez hopes to follow the path of fellow SanMan Promotions stablemate Mike Plania when he takes his turn on centerstage next week in Las Vegas, Nevada.

The eight-round bout will be fought at a catchweight of 132 pounds.

The fight comes two weeks after Plania stunned the boxing world with a majority decision over top bantamweight contender Joshua Greer, also at the MGM Grand. 'Magic' Mike scored two knockdowns against the highly-rated American on the way to the surprising victory. 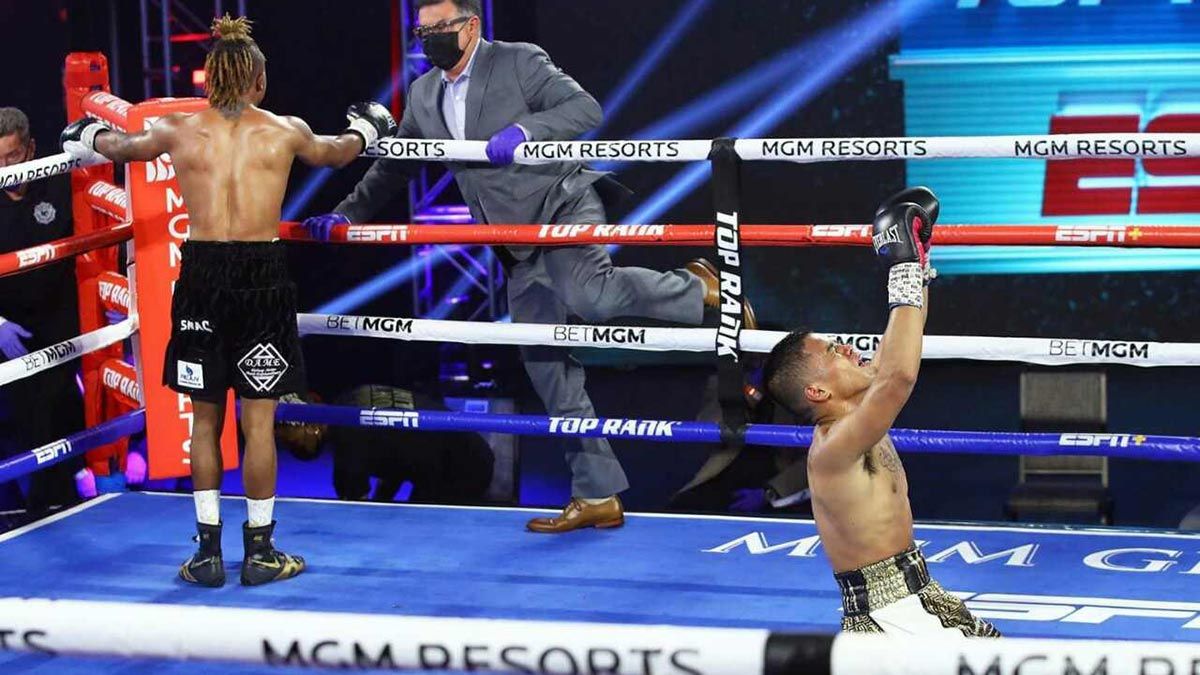 Bernaldez, owner of a 20-3 record (14 KOs) and the second Filipino to fight during this global pandemic, is in exactly the same situation as Plania.

The 27-year-old Bell from Toledo, Ohio is undefeated with a 16-0 record (5KOs) and expectedly, coming in as a heavy favorite entering the ring.

But Bernalez is unfazed, with Plania’s victory over Greer serving as huge motivation.

“Just like Mike, I am entering the ring as the underdog, and maybe an acid test for their undefeated prospect,” said Bernaldez in a statement through San Man Promotions.

“However, that is also the way I see him (Bell). Another stepping stone to bigger fights in the future. I will do everything to take home the win.”

Like Plania, Bernalez has been locked down in Miami, Florida since February due to the COVID-29 pandemic, training under Cuban Osmiri ‘Moro’ Fernandez.

Bernalez is coming off a stoppage win over Renan Portes last December.

Meanwhile, Bell has been inactive since last October following a win via unanimous decision over Frak De Alba in Reno, Nevada.