Long wait over for Dasmarinas as Pinoy takes on unbeaten Inoue

FINALLY, two years of waiting comes to an end for Michael Dasmarinas.

The Filipino southpaw gets his long-overdue shot at a world title when he challenges unified bantamweight champion Naoya Inoue on Saturday at the Virgin Hotels in Las Vegas, Nevada (Sunday, Manila time).

Dasmarinas is the heavy underdog against the unbeaten Japanese champion (20-0, 17 KOs) going to the 12-round fight for the International Boxing Federation (IBF) and World Boxing Association (WBA) titles.

But the 5-foot-7 mandatory challenger has proven he deserves to share the ring with the 28-year-old Inoue after outpointing fellow Filipino Kenny Demecilllo in their title eliminator fight held March of 2019 yet at the Resorts World Hotel.

“It was a long, hard wait, but patience and perseverance allowed me to get here,” said Dasmarinas, who holds a 30-2 record with 20 KOs.

“I am thankful to everyone that I’ve been given the chance to fight a great fighter in Naoya Inoue.”

Dasmarinas didn’t waste the opportunity as he easily made the weight, coming in at 117.4 pounds. Inoue tipped in at exactly 118 pounds.

Two years indeed, has been long enough for Dasmarinas.

When he won the title eliminator against Demecillo, Puerto Rican Emmanuel Rodriguez was still the IBF champion. Rodriguez went on to lose his crown against Inoue later that year in the semifinals of the World Boxing Super Series.

While waiting fot the title shot, Dasmarinas managed to squeeze in a tune-up fight in pre-pandemic against Artid Bamrungauea of Thailand, winning by TKO.

He spent the rest of the waiting game doing nothing but train during the pandemic.

“I did everything I am supposed to do in training, and I am prepared,” said Dasmarinas. “I will do whatever it takes to give a good fight to Naoya Inoue.” 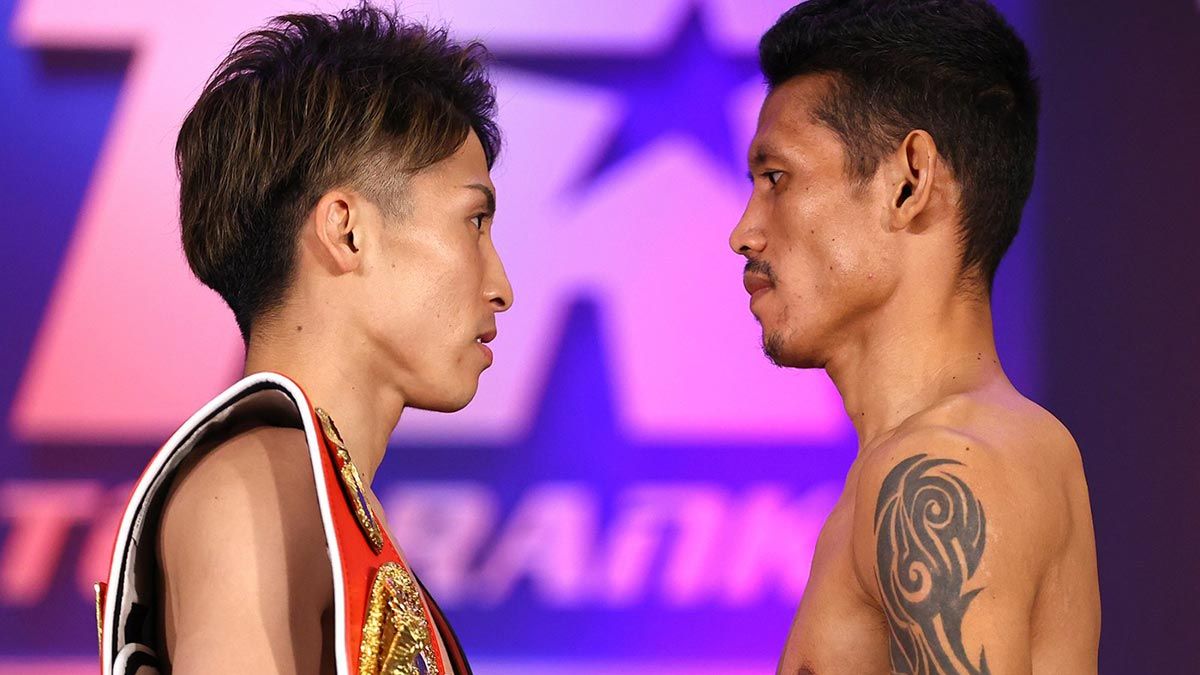 But Inoue is just as determined to dispatch another stumbling block in his bid to become the undisputed champion at bantamweight.

The Japanese fighter nicknamed ‘Monster,’ knows beating Dasmarinas would line him up for a possible rematch with reigning World Boxing Council (WBC) champion Nonito Donaire or against another Filipino in Johnriel Casimero, should he get past Cuban Guillermo Rigondeaux and retain his World Boxing Organization (WBO) title belt.

“Basically, (becoming undisputed champion) means I’m the best in that weight class, the bantamweight division,” said Inoue. “To prove that, that’s why I’m going after all four belts.”

Third man on the ring will be Russell Mora, while Tim Cheatman, Patricia Morse Jarman, and Don Trella are the three judges who are going to score the fight.