GENERAL SANTOS CITY – Jeff Horn seemed to be the ideal opponent for Manny Pacquiao in his search for a knockout win.

So it would really be a big letdown if the reigning World Boxing Organization (WBO) welterweight champion walks away with a simple decision in his 12-round bout against Horn eight days from now at the Suncorp Stadium in Brisbane, Australia.

Strength and conditioning coach Justine Fortune said the 29-year-old Australian challenger is obviously not in the same level as Pacquiao, who has reigned as world champion in a record eight different weight classes and a former Fighter of the Decade.

With Pacquiao obviously having the advantage in power, strength, and experience, Fortune believed the Filipino has all the tools to score a knockout in the July 2 bout.

“This is the perfect guy to destroy,” he said Friday while taking a glance at the reigning champion as he shadow boxed on top of the ring at the Pacman Wild Card gym here on Friday.

Fortune admitted it wouldn’t do any good to Pacquiao’s image should the fight go the distance.

“It will look bad for him, and good for Horn,” said Fortune, who once fought as a heavyweight.

[See Pacquiao admits age finally catching up on him]

Pacquiao has not scored a stoppage since a 12th-round technical knockout win over Miguel Cotto in their 2009 WBO championship bout at the MGM Grand in Las Vegas. 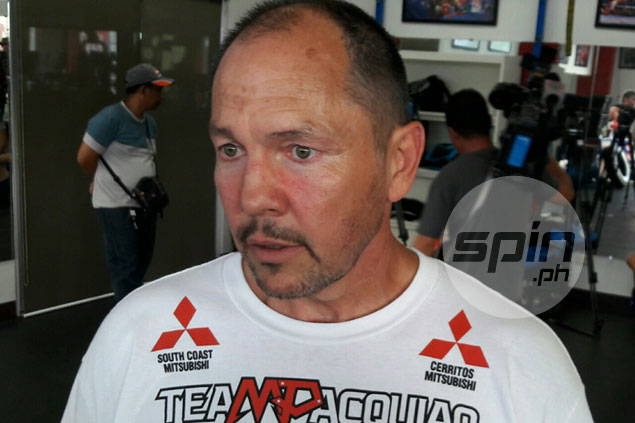 Fortune has an added reason to expect a knockout win from the 38-year-old Filipino.

The 50-year-old trainer also handles George Kambosos Jr., a fellow Australian who is among the sparring partners of Pacquiao in this training camp.

And while Kambosos fights as a lightweight, Fortune sees him as a better boxer than Horn.

“Horn is the bigger guy, but skills-wise and punching-wise, George is way better,” he said of the unbeaten 24-year-old Aussie.

Pacquiao should take the cue from here.