FILIPINO slugger Jonas Sultan is unfazed by the power of Puerto Rican rising star Carlos Caraballo, saying he’ll prove he's better on when they square off in a 10-round bantamweight clash on Saturday at the Madison Square Garden (Sunday, Manila time).

Sultan and Caraballo made weight on Friday, both tipping the scales at 117.6 lbs. during the official weigh-in for the bout that serves as the main undercard in the Jose Zepeda-Josue Vargas super-lightweight fight.

The 29-year-old pride of Tampilisan, Zamboanga del Norte isn’t intimidated by Caraballo’s unbeaten record of 14-0, all of which came by knockouts, as he obviously had the experience and skills to offset the punching power of the Puerto Rican protégé of former world champion Miguel Cotto.

“May the best man win, and maybe I’ll be the best man,” said the former world title challenger.

Giving Sultan the needed confidence going to his second fight this year is long-time IBF super-flyweight champion Jerwin Ancajas and trainer Joven Jimenez, who will work his corner against Caraballo.

Sultan lost by unanimous decision to Ancajas in 2018 during their title match in Fresno, California, but has since became good friends since then. He even served as Ancajas’ sparring mate in his last fight in April against Mexican Jonathan Rodriguez, a gesture the IBF champ returned by helping his close buddy prepare against Caraballo. 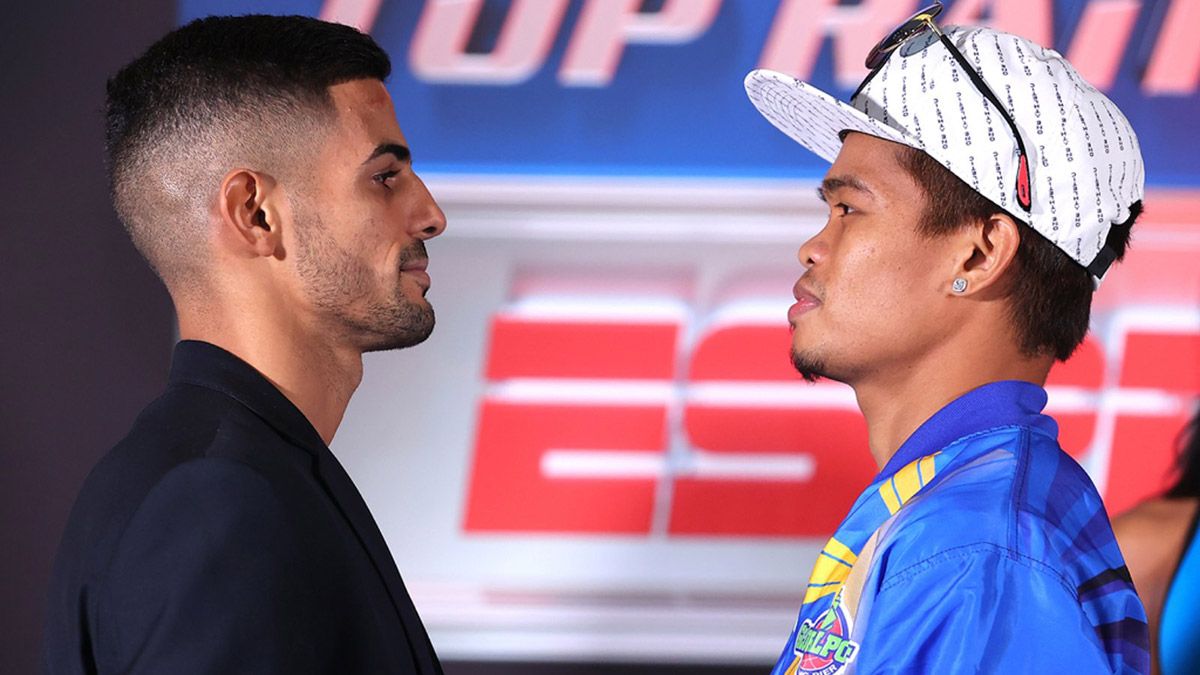 Knockout artist Carlos Caraballo faces Jonas Sultan, who has never been stopped in his eight-year career.

“Jerwin is my friend and a sparring partner for this fight. He gave me the confidence and motivated me to win this fight,” said Sultan.

The Filipino bantamweight is coming off a seventh round stoppage of American Sharone Carter last August in the undercard of the Casimero-Guillermo Rigondeaux title match in Carson, California.

But Caraballo is definitely one big stumbling block in Sultan’s bid for a shot at another world title.

Proof how promising the Puerto Rican is, Caraballo was just signed to a multi-year contract by Top Rank ahead of his fight against Sultan.

“There is a lot of talk that I’ll be the next superstar from the island. We’re working for that, alongside Miguel Cotto Promotions and H2 Entertainment,” he said. “Now that I’m signed with Top Rank, we’re going to make this happen.”

He’s not discounting his Filipino opponent, though.

“Every opponent is difficult. Everyone trains to win,” Caraballo said. “I’m ready to go the 10 rounds, but if the knockout comes, I will go home early.”

The last time Caraballo was in the ring, he scored a fourth round stoppage of Mexican Leonardo Baez.