FORMER world title challenger Jonas Sultan opted to remain in the US for a possible late October ring return.

And as he tries to keep in shape while waiting for his next fight, he also dabbles as sparring partner to the son of one of boxing’s greatest of all time.

Sultan, 29, has been regularly sparring with Jimuel Pacquiao at the Wild Card gym in Hollywood as the son of Filipino ring legend is reportedly preparing for an exhibition fight against Youtube sensation ‘Boy Tapang’ by the end of the month.

Sultan, who won over American Sharone Carter in the undercard of the Johnriel Casimero-Guillermo Rigondeaux WBO bantamweight title fight a month ago, posted on social media a photo of him and the young Pacquiao shortly after one of their sparring workouts.

The 20-year-old Pacquiao, who is eyeing a boxing career as he tries to follow in the footsteps of his well-known father, remained in the US along with his other siblings after the Pacman's welterweight title bout against reigning WBA champion Yordenis Ugas of Cuba,

Sultan, a native of Tampilisan, Zamboanga Del Norte, is of course, being handled by MP Promotions and managed by Junnie Navarro and Mike Venezuela of Zamboanga Valientes MLV. 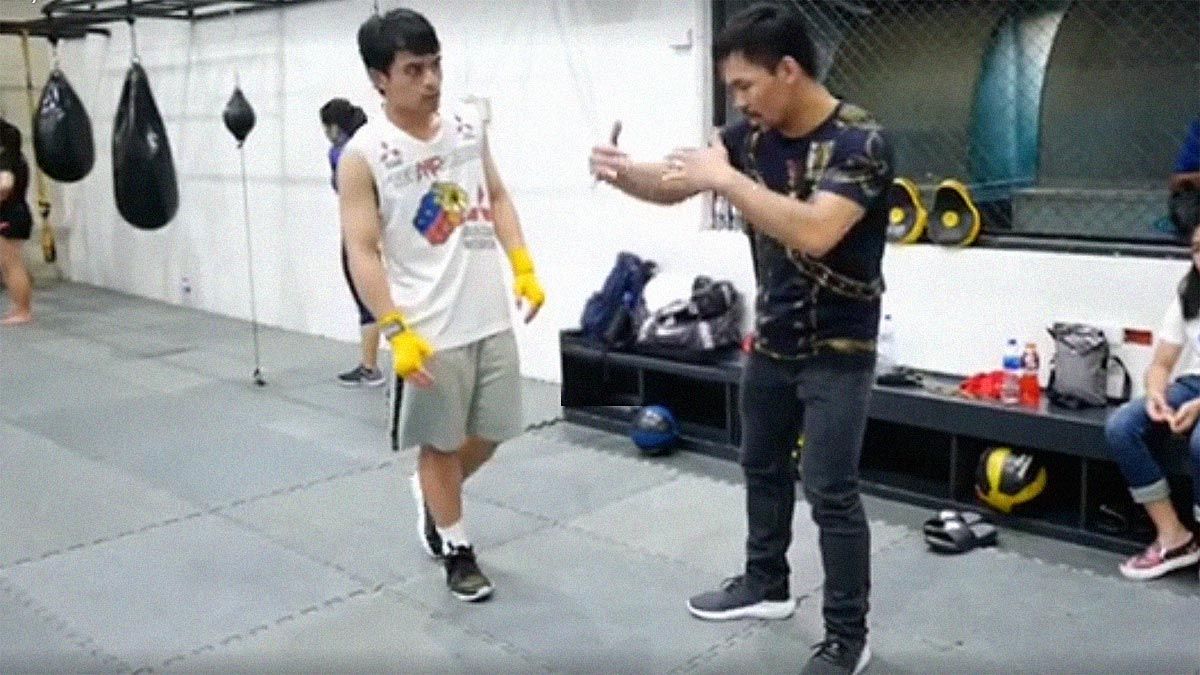 Jimuel Pacquiao gets some tips from Manny Pacquiao

Now ranked No. 9 by the WBA following his seventh-round knockout win over Carter, Sultan is awaiting his next opponent, although the name of rising bantamweight Carlos Caraballo of Puerto Rico is being prominently mentioned in an Oct. 31 playdate in New York City.

MP Promotions president Sean Gibbons said that has been the plan for Sultan, although the fight is yet an official one.

“There is talk about the bout, but no contract and no fight yet,” he said.

The Filipino bantamweight was inactive for two years, but hardly showed any rust in scoring the huge stoppage against Carter at the Dignity Health Sports Park in Carson, California, improving to 17-5, with 11 KOs.

In 2018, he vied for the IBF super-bantamweight title against reigning champion Jerwin Ancajas in the first all-Filipino world championship bout in 93 years. Sultan lost via unanimous decision.

He fought three more after his failed world title bid, winning two of his bouts before becoming inactive following the outbreak of the pandemic globally.

Sultan kept himself in shape when he went with Ancajas and trainer Joven Jimenez to serve as sparring partner of the IBF champion for his title defense against Jonathan Javier Rodriguez last April. Ancajas won the fight via unanimous decision.