Casimero had Ramirez down twice in the early rounds of the action-packed title bout before delivering the coup de grace with a vicious right hook that knocked the lights out of the Mexican, the killer punch set up by a left uppercut from the Filipino.

Referee Ramon Pena didn't bother to count the moment the Mexican challenger fell flat on his back, with Casimero standing in front of him and his right hand raised in triumph to the the delight of the sizeable crowd at the San Andres Sports Civic Center that included boxing great Manny Pacquiao.

The victory raised Casimero's record to 28-4, with 19 KOS, but more importantly, lined up him up as a mandatory challenger to regular WBO champion Zolanie Tete of South Africa. 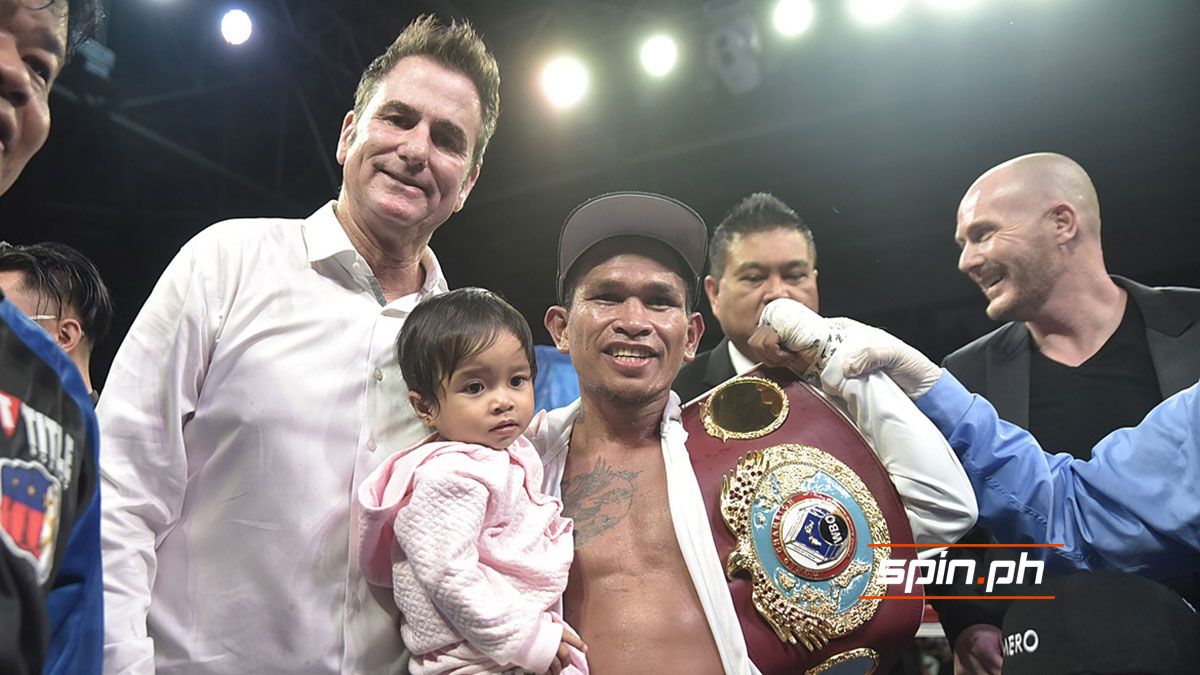 Ramirez fell to an 18-4 (11 KOs) record as he suffered a knockdown in the third and seventh rounds. He also went down in the fifth round in what appeared to be a slipt, but was given nonetheless a mandatory 10-count by the referee.

But the Mexican gave Casimero a tough fight especially in the fifth round onwards when the Filipino seemed to be fast fading after struggling to make the bantamweight limit just a day before.

The Filipino proved to be the better fighter though as he repeatedly punished Ramirez with heavy combinations before the Mexican became ripe for the picking in the final three rounds.

Olympian Charlie Suarez for his part, stopped Virgil Puton also in the first round of a similar lightweight match for his third knockout win in as many fights.