FROM Tim Bradley, Adrian Broner, to Mikey Garcia, Jessie Vargas has shared the ring with some of the world’s best fighters.

And on top of that is Filipino boxing icon Manny Pacquiao, who according to Vargas, was the best he ever faced in his 12-year pro career.

“For sure,” he said during a guesting stint in the Matchroom Lockdown Tapes series. “His speed is dangerous. If you don’t see his punch, he can take you down.”

Pacquiao and Vargas fought in 2016 during the American’s first defense of his World Boxing Organization (WBO) welterweight title belt. The Filipino legend put Vargas down in the second round with a solid straight left on the way to a unanimous decision win. 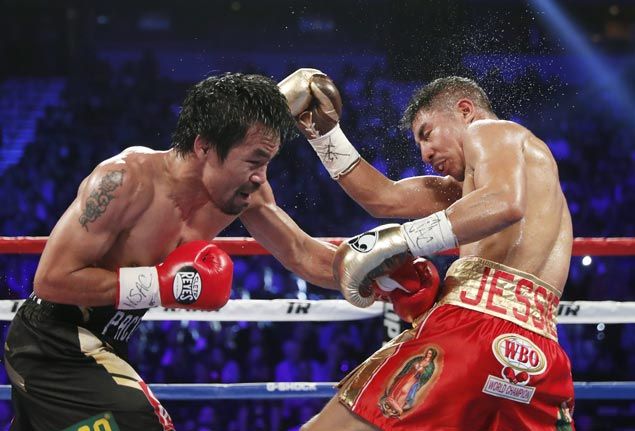 Already 37 by then, Pacquiao still displayed amazing speed, which Vargas said factored in his failure to retain his crown.

He added speed more than power was Pacquiao’s biggest asset.

“I think it’s his positioning that gives him some of the power, but mainly it’s his speed,” said Vargas, 31. “I’m sure he’s a power puncher, but I didn’t feel his power punches, honestly.” 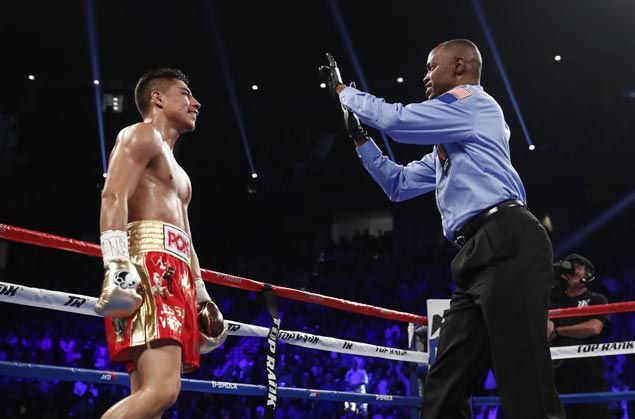 The second-round knockdown, according to the former champion, was actually a miscalculation on his part.

Vargas (29-3-2, 11 KOs) thought he was winning the round when he suddenly ran smack right into Pacquiao’s left hand.

“I was in the fight. I started off real good, and then I get hit in the second round,” he said. “I’m coming in and I’m about to land a hard right, and I open up. But then I see him coming in with his straight left. I’m like, ‘Oh, no, pull back.’” 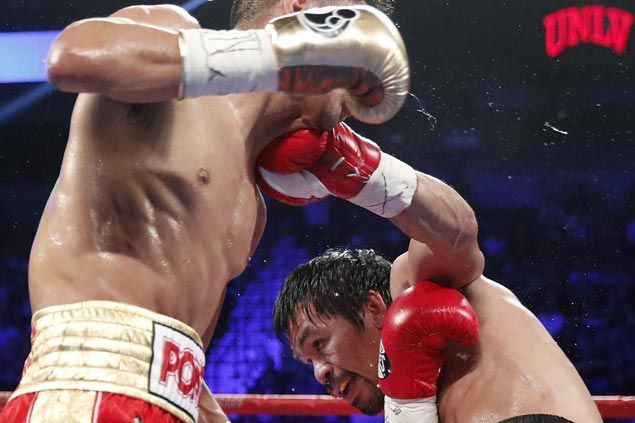 “So instead of cocking it, I just pull out. In that second I pulled out, he ended up hitting me with a straight left that barely nicked me, barely got me,” Vargas added. “But since I was already pulling away, it was a knockdown. There goes that round. That round was in the bag, I felt, until that happened.”

Going to his biggest career fight, the native of Los Angeles felt confident about his chances of beating a fighter as legendary as Pacquiao.

“You gotta be confident in your abilities, you gotta believe in yourself,” he said. “What was most surprising was walking through that entrance and just seeing thousands and thousands of people screaming, lights everywhere. It was just incredible.

“It was a good fight. I gave it my all. Threw as many punches as I could,” Vargas added. “Things happen. It was a great learning experience.”

A learning experience taught by the great Pacquiao.