IT began and ended with a left hand.

The Filipino champion set the tone for the 12-round match when he decked the Mexican challenger with a left hook early in the first round, before downing him twice more in the 10th with a pair of left straights to finish off Gonzalez and cap a fine U.S. debut

Referee Rafael Ramos didn’t bother to count when Gonzalez went down the third time. Time of stoppage was 1:50 of the 10th round.

It was the fourth successful title defense for Ancajas, the pride of Panabo, Davao del Norte now based in Cavite, who improved to 29-1 (20 KOs), setting him up for bigger fights ahead of him after being signed recently into a two-year deal by ESPN.

Compu Box showed Ancajas connected on 36 percent power punches compared to just 19 by Gonzalez. The Filipino threw 231 and landed 84 compared to the 46 of the Mexican after throwing 242.

Gonzalez never picked up the pace until the fourth round when he tried to force and engage Ancajas into a brawl.

But the Filipino kept his discipline and didn’t fall prey into Gonzalez’ fight plan, opting to pile the points instead and then went for the kill in the later rounds. 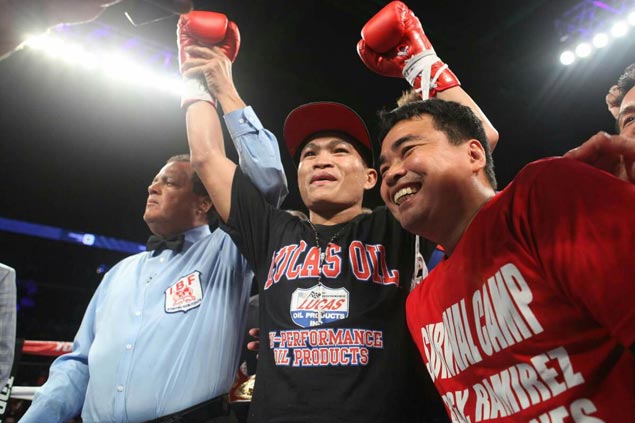