IT’S his eighth title defense of the International Boxing Federation (IBF) super-flyweight belt, but in no way will Jerwin Ancajas lower his guards down.

Not with a Mexican warrior as his next challenger.

Ancajas arrived in the US on Friday (Saturday, Manila time) for his Nov. 2 fight against Jonathan Javier Rodriguez, a young fighter from Mexico who’s vying in his first world title bout.

“When you’re fighting for a world title, they’re usually hungry and they’ve got nothing to lose,” said Sean Gibbons, president of Manny Pacquiao (MP) Promotions, who accompanied Ancajas, trainer Joven Jimenez, and the rest of the champ’s entourage on their way to Carson, California.

“Javier Rodriguez is no joke. The last time he fought, he send the guy in the hospital. That’s the type of fighter Jerwin is facing.” 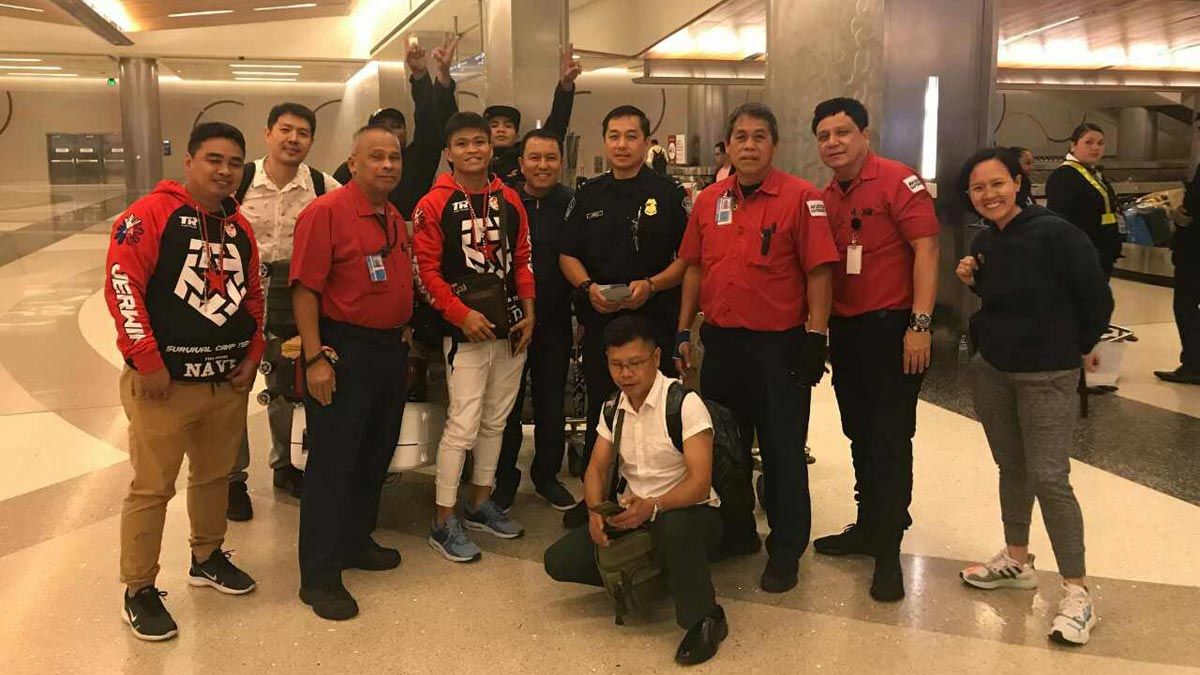 Gibbons of course, is referring to Rodriguez’s last fight against compatriot Felipe Orucuta, whom he knocked out in the 10th round last June. Orucuta was later taken to the hospital and underwent surgery to remove a blood clot in his brain.

Ancajas (31-1, 21 KOs) knows what kind of a fighter Rodriguez is. Typical of Mexicans, the challenger doesn’t know how to back down, according to the champion.

The 24-year-old Rodriguez has the numbers to back up his style, having won 15 of his 21 fights via knockout. His only career loss came last year against Jose Martin Estrada Garcia following a split decision.

The fight will be the last this year for the 27-year-old Ancajas, who is coming off a seventh round stoppage of Ryuichi Funai in his last title defense in May this year.