JERWIN Ancajas admitted getting his first dosage of COVID-19 vaccine ahead of his defense of the International Boxing Federation (IBF) super-flyweight title against Jonathan Rodriguez of Mexico three weeks from now.

The 29-year-old champion said he was inoculated with the Pfeizer brand while in the midst of his training camp for the April 10 fight at the Mohegan Sun Arena in Uncasville, Connecticut.

“Nakapagpa-vaccine na ako. Pfeizer yung (ginamit namin),” said Ancajas on Monday from Los Angeles during a virtual presser where his long-delayed match with Rodriguez was discussed.

Ancajas said he didn’t feel any major offshoot after being vaccinated other than the regular side effect. 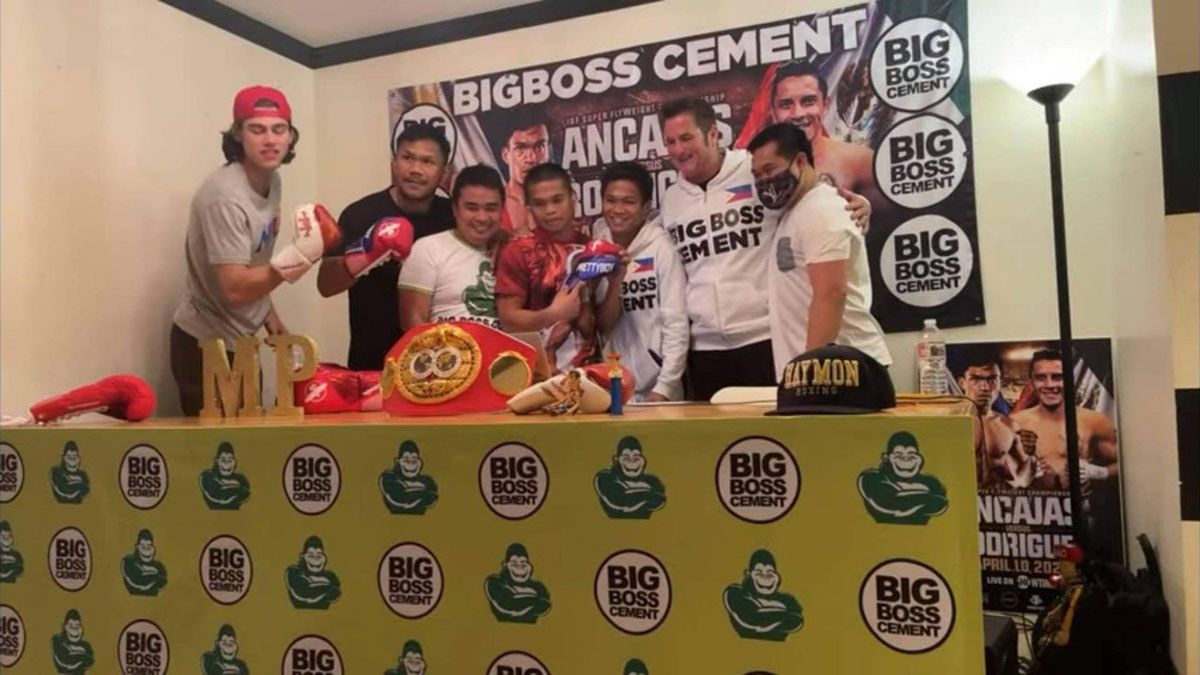 The Ancajas camp said the champion will possibly take his second dosage of the vaccine just after the Rodriguez fight.

But just being innoculated all the more made Ancajas secured for his title defense against Rodriguez, a bout that has been two years in the making and postponed a couple of times due to varying circumstances, including the current global health pandemic.

But there’s no more reason to stop the fight, with Ancajas assuring he’s between 90 and 95 percent ready for his ring comeback after being laid off for more than a year.

Gibbons, an international matchmaker, sees the fight as "explosive," but thinks the champion will prevail in the later rounds.

“I’m cautiously optimistic to never look past anybody. But I believe, Jerwin’s skills will fit the bill,” said the MP Promotions official.

“At the end of the day, Jerwin is a champion now for five years, so I see him winning possibly later in the fight, he’ll just break him (Rodriguez) down as he does to most of his opponents. He’s just like a surgeon, he slowly breaks them down.”

Ancajas carries a 32-1 win-loss record with 22 KOs. He last fought in December 2019, scoring a sixth-round stoppage of Miguel Gonzalez in Mexico just a month after his original scheduled fight against Rodriguez was postponed.

It will be the second fight for the 25-year-old Tagbilaran City, Bohol native under MP Promotions after scoring a 10-round split decision win over Rigoberto Hermosillo in October last year.

Unlike Ancajas, Magsayo said he has yet to be vaccinated for COVID-19, although testing is being administered to him twice a week.