Jeo Santisima is beaten but unbowed

CHICAGO - From his cushy confines at room 218, some 19 floors above the towering MGM Grand Garden Hotel in Las Vegas, Jeo Santisima rolled off of bed around noon on Sunday (1 a.m. Monday RP time).

He was a little sore. Dinged up. And visibly puffy around the eyes.

Over 12 hours have passed since he lost his title challenge via 11th-round TKO at the hands of reigning WBO super bantamweight champion Emanuel Navarrete, a 25-year old whirling dervish who defended his belt for the fifth time.

Outgunned and out-slugged by a vastly experienced foe, Jeo bravely held his ground and never backed down. He wasn't about to run away from my questions. 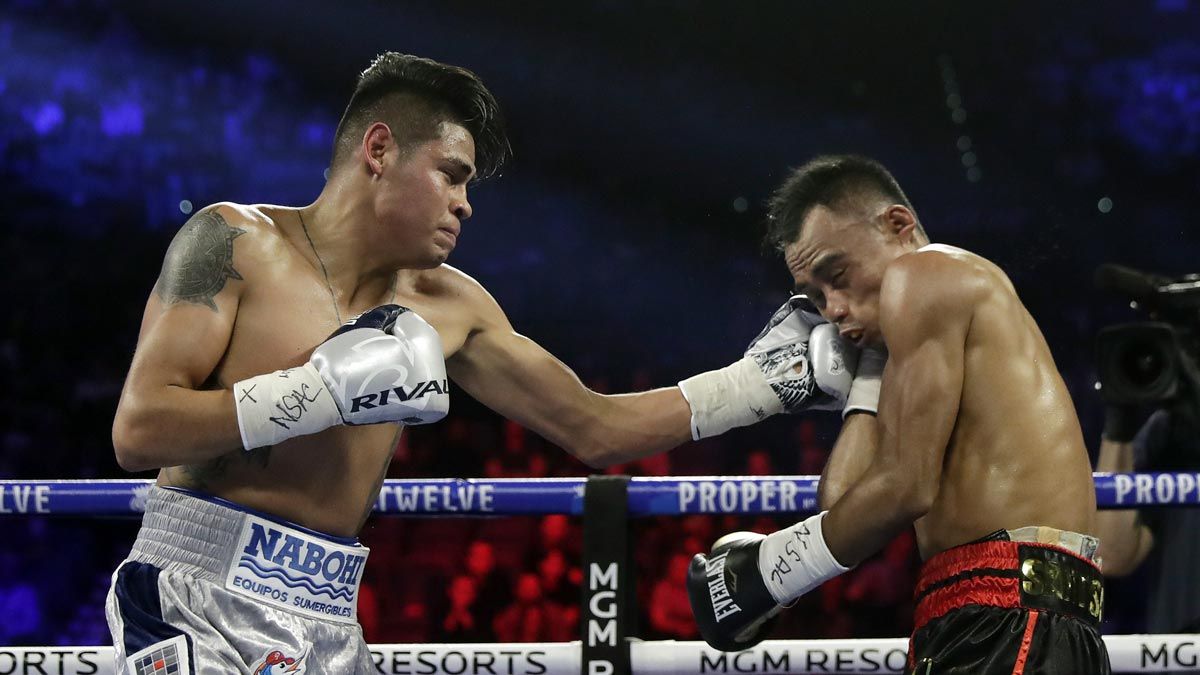 Santisima, 23, is a young man of a few words. He would barely beat a recluse in a shouting match. And while he has no college background to speak of, he has a master's degree in accountability.

He felt sorry he lost and let down the famed ALA stable as well as the millions of Filipinos rooting for him back home. But he offered no excuses, just a promise that he will punish himself with more training in hopes of bouncing back.

Entering fight night, his first sortie outside of the Philippines, Santisima had won 17 straight and 19 of 21 overall including 16 knockouts. 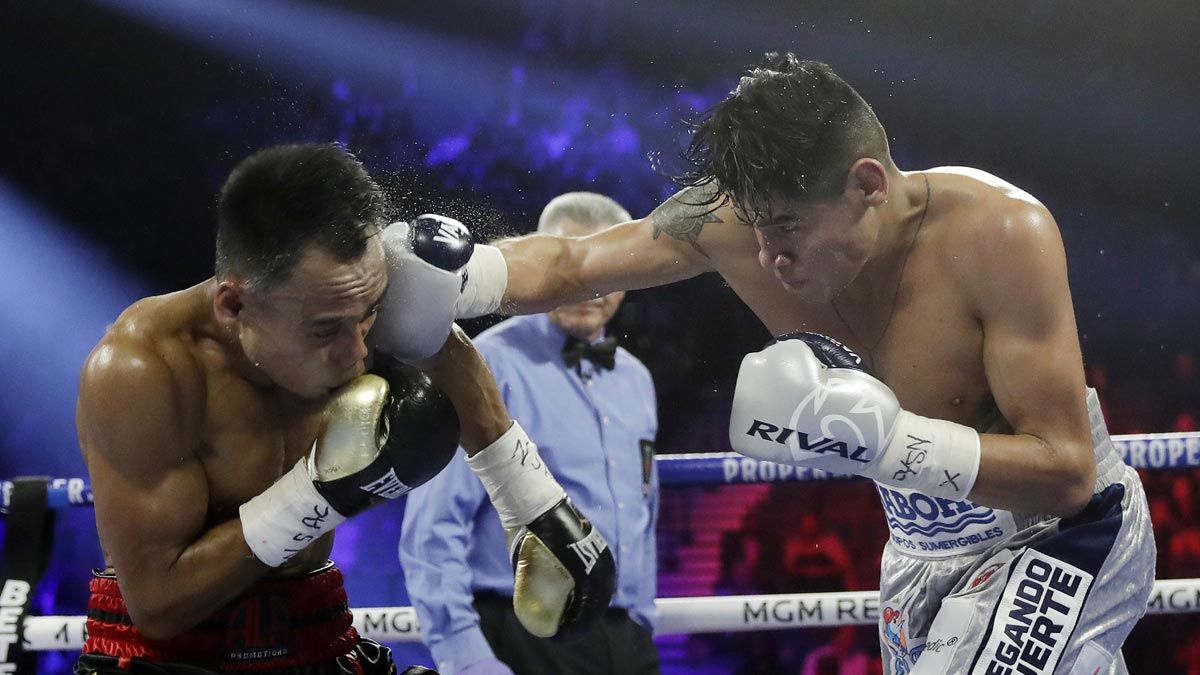 But Navarrete was like no one he had ever faced before.

"Lig-on, sir. Kusog unya sakit sab iyang kumo," (He was strong. His punches were powerful and they hurt), he said, his honesty spilling all over the phone lines.

At 5-foot-7, Navarette enjoyed a four-and-a-half inch reach advantage over the 5-foot-6 Santisima. But the length didn't bother Santisima as much as the relentless pressure did.

Despite fighting for the fifth time in nine months, Navarrete was fresh as this morning's bread. A volume puncher, he swung with both hands from all angles, each blow fired with malicious intent. 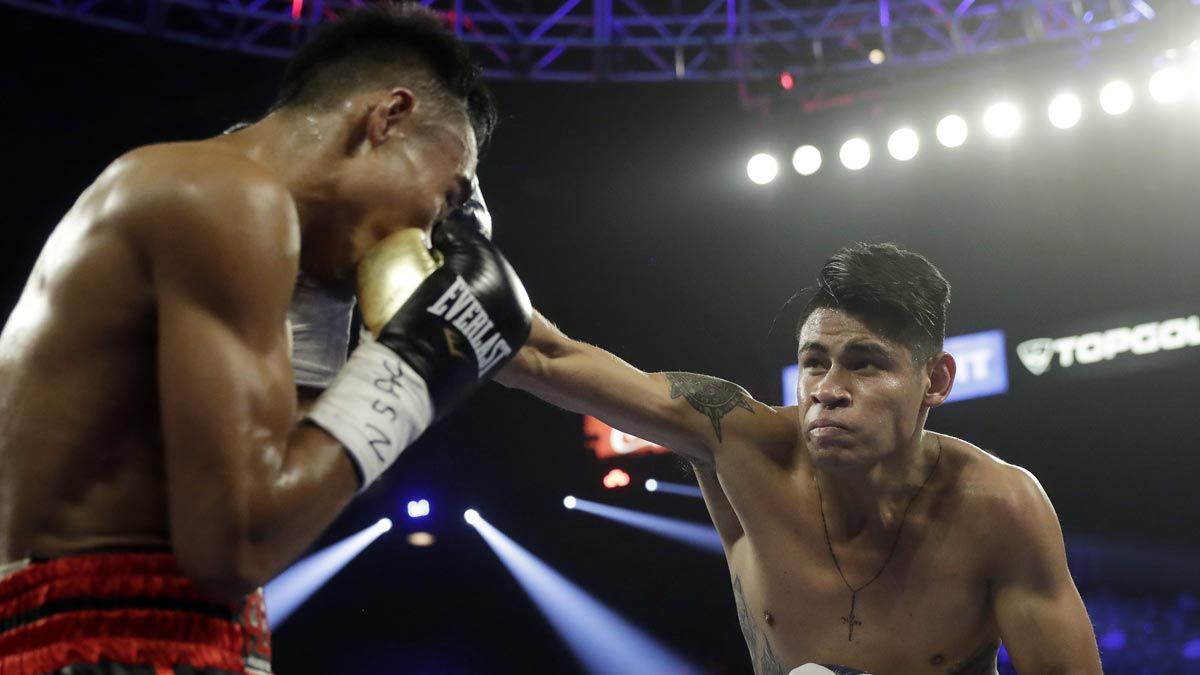 In the fifth round alone, the Mexican landed more punches (47) than Santisima threw (34).

"Navarrete is a great fighter," ALA coach Edito Villamor, himself a decorated former world champion, told SPIN.ph. "But we are happy and proud of what Jeo showed. We learn, we live, and we move on."

Santisima's trainer, Micheal Domingo, also a distinguished former ALA fighter, had nothing but admiration for Santisima and praise for Navarrete.

BRIGHT FUTURE. "It wasn't an easy assignment," Domingo said in Cebuano. "Navarrete's punches were short but solid. We can hear the thud of his blows. But the endurance and tolerance for pain that Jeo showed was special."

Domingo believes Santisima has the tools to be a champion someday.

Although the violence was consensual, Navarrete was firmly in control, firing five or six missiles for every 1-2 that Santisima hurled. Behind in the scorecards and taking unnecessary punishment, Jeo's corner prioritized safety and threw in the towel just as the referee stepped in to intervene. 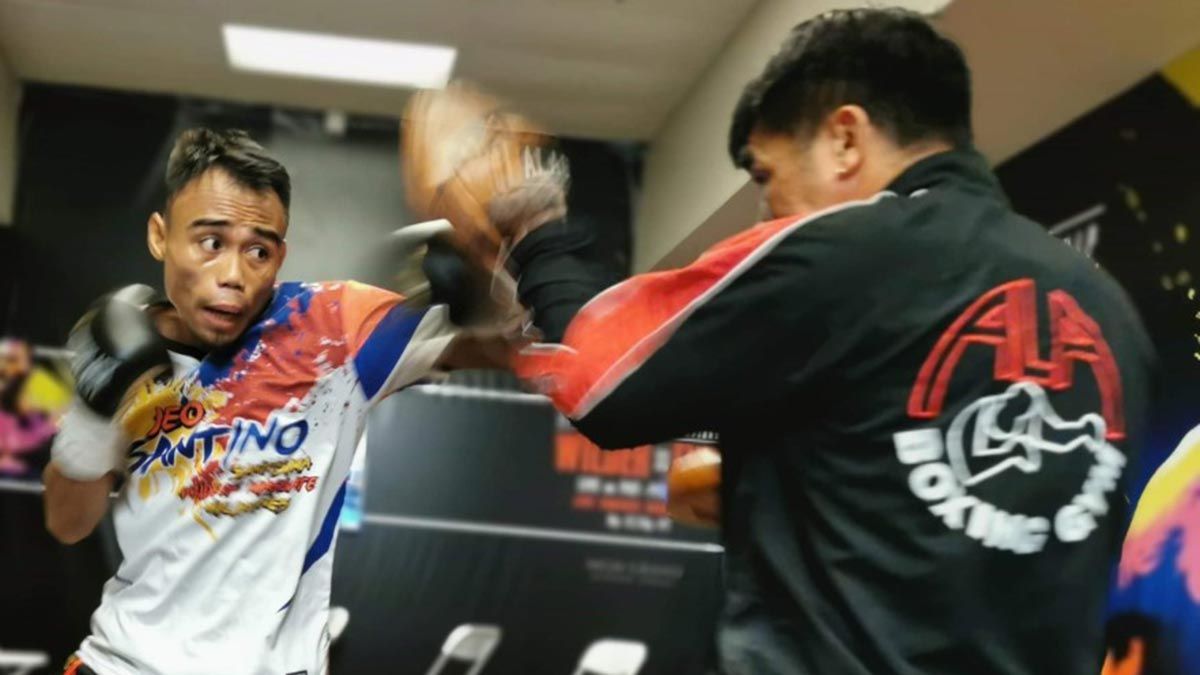 In losing, however, some victories were earned.

Per Nevada State Athletic Commission (NSAC) records, Santisima earned $25.000, a bulk of which he will allocate toward a new house that would shelter his parents and five siblings.

Growing up in poverty, he often saw the sun rise and set on the weary back of his father, Alex, a farmer in Aroroy, Masbate.

He was taught hard work and resilience at a young age and it served him well while he fought under adverse conditions - far away from home, beneath the blinding, unfamiliar Las Vegas lights, and against a mighty champ with 27 KOs in 31 victories. 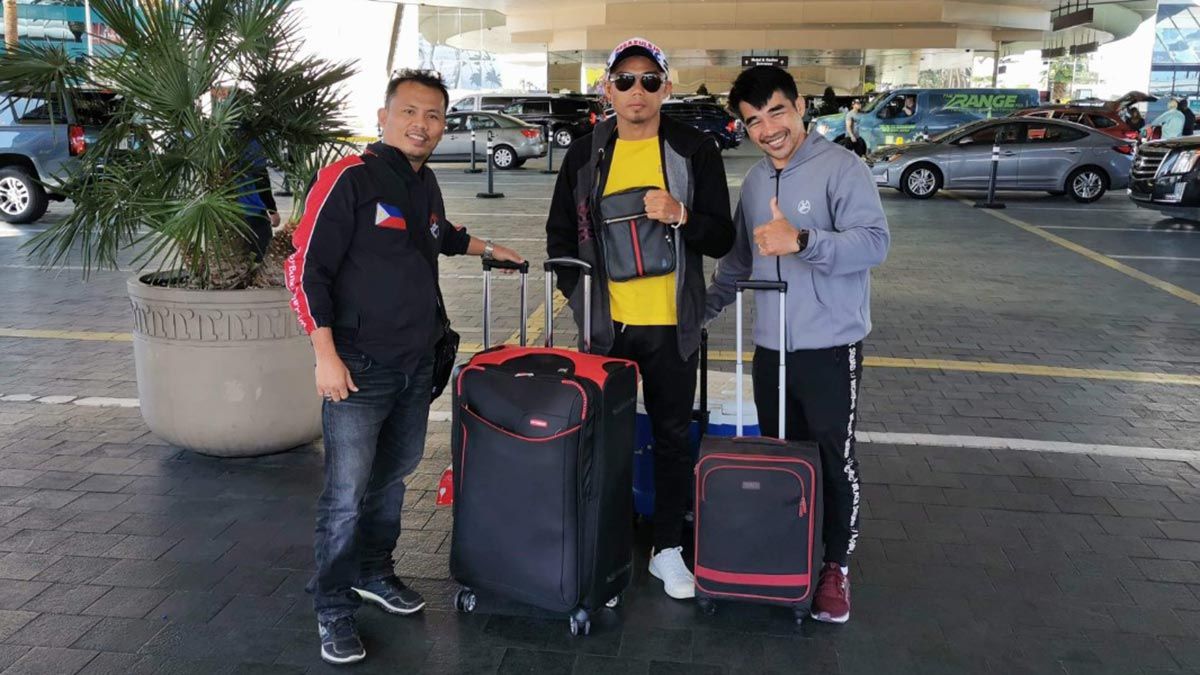 Santisima's valiant performance caught the appreciative eyes of Sean Gibbons, the president of Manny Pacquiao Promotions who sat at ringside.

"Tremendous effort. He is welcome back on any Top Rank show. It's an honor when a fighter displays the heart and courage that Jeo did. I could not be more proud of him and ALA boxing. Classy people, "Gibbons said,

It's only been eight years since he left Masbate for Cebu to join ALA boxing stable, yet here he is now, on the other side of the earth, chasing a childhood dream while trying to make the lives of his loved ones better,

Jeo Santisima failed to conquer the boxing world last Saturday night, but from his giant hotel room window, high above glitzy Las Vegas, he can see a bright tomorrow.