Ancajas looks to dispatch Martinez, intent on unification vs Ioka

JERWIN Ancajas begins a new chapter in his bid to land a unification bout at super-flyweight as he puts his IBF title belt on the line against undefeated Fernando Martinez of Argentina on Saturday (Sunday, Manila time).

The 12-round bout will be the first for Ancajas under the bright lights of Las Vegas as the entire fight card presented by Premier Boxing Champions and promoted by Showtime will be held at The Chelsea inside The Cosmopolitan.

It will also be the first fight for the Filipino in 10 months or since scoring a competitive unanimous decision against Jonathan Rodriguez of Mexico in April last year.

Ancajas was supposed to take on Kazuto Ioka, the reigning WBO super-flyweight title holder, in a huge unification match on New Year’s Eve last 2021 in Tokyo.

The fight however, was cancelled at the last minute when the Japanese government decided to close its borders on arriving foreigners.

But talks of renewing the showdown this summer is on track provided the Filipino gets to retain his crown for the 10th time.

“When I defend this title, then I want the unification fight next. I’m ready to go wherever I have to in order to get that fight,” said the champion from Panabo, Davao Del Norte, who has a record of 33-1-2, with 22 KOs.

“But I’m definitely not overlooking Martinez. I know that he’s going to do his best and that excites me.” 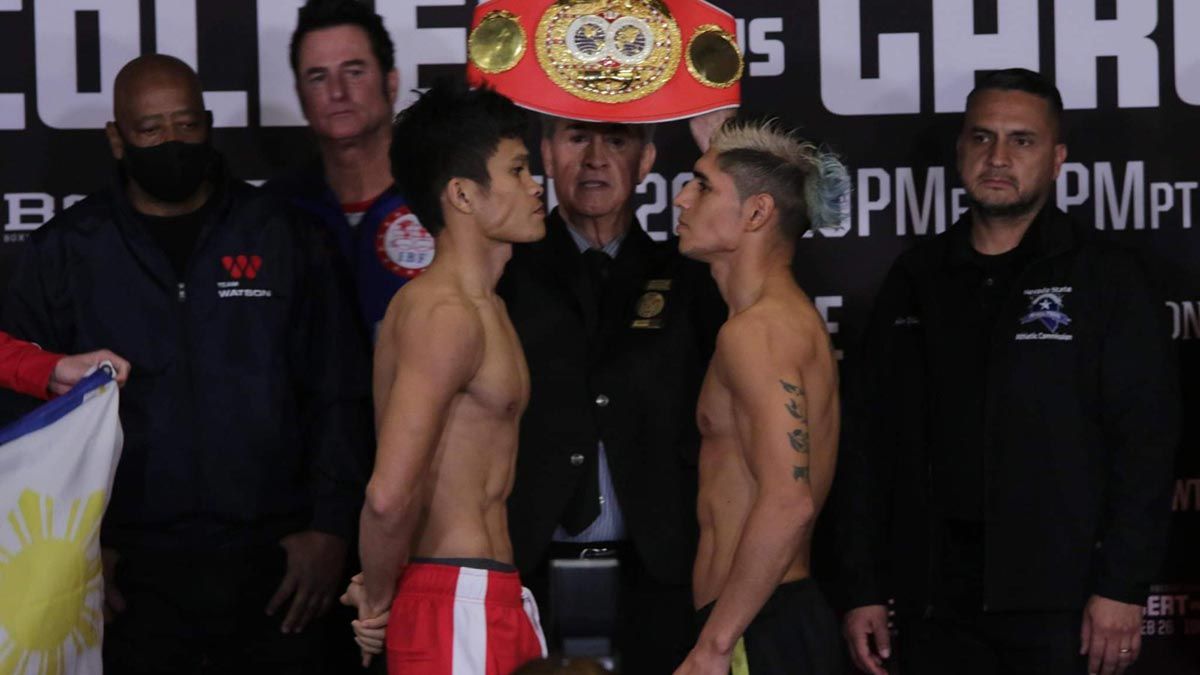 Jerwin Ancajas has a tough match against Olympian Fernando Martinez.

Martinez, who represented his country in the 2016 Rio Olympics, is unbeaten in 13 fights with eight KOs and is fighting for a world championship for the very first time.

But he doesn’t see himself lacking in experience, claiming he’s been boxing since he was a little kid under the guidance of his late father Abel Martinez.

“I have plenty of experience of my own. I’ve fought everywhere at every level. This isn’t my first rodeo,” he said.

“I’m going to take everything I’ve learned to try to become the new champion. That’s what I plan to do.”

Both Ancajas and Martinez tipped in at 114.5 lbs. during the official weigh-in held Saturday (Manila time).

The three judges for the fight are Max DeLuca, David Sutherland, and Steve Weisfeld, while the third man on the ring is Jack Reiss.