CHICAGO - After barely working a sweat in his three-round destruction of Duke Micah last September, John Riel Casimero was penciled to defend his WBO bantamweight title this August 14.

Against Guillermo Rigondeaux, a 40-year old, past-his-expiration-date former champion, the bout would have been a humdrum title defense between a verified brawler in Casimero and a known hit-and-runner from Cuba,

Still, it would have been a nice payday. And a chance to shake off some ring rust while doing an honest night's work atop the square jungle.

But thanks to MP Promotions president Sean Gibbons, the August 14 date just turned fiery red on the calendar.

Rigondeaux is out. Nonito Donaire Jr is in.

And boring just left the conversation.

So instead of trying to keep his 118-pound WBO belt, Casimero will now endeavor to add the WBC's version that is currently being strapped by the Filipino Flash, who wields an impressive record of 41-6 with 27 stoppages while proving that he still got plenty left in the tank at age 38.

What is expected to be violently brutal slambang is planned to take place in Carson, California.

Given how the effects of the Covid pandemic has begun to ease all over these United States, the timing of this all-Filipino scrum couldn't have been more perfect as fans are now allowed in sporting arenas with little, if any, restrictions in place. 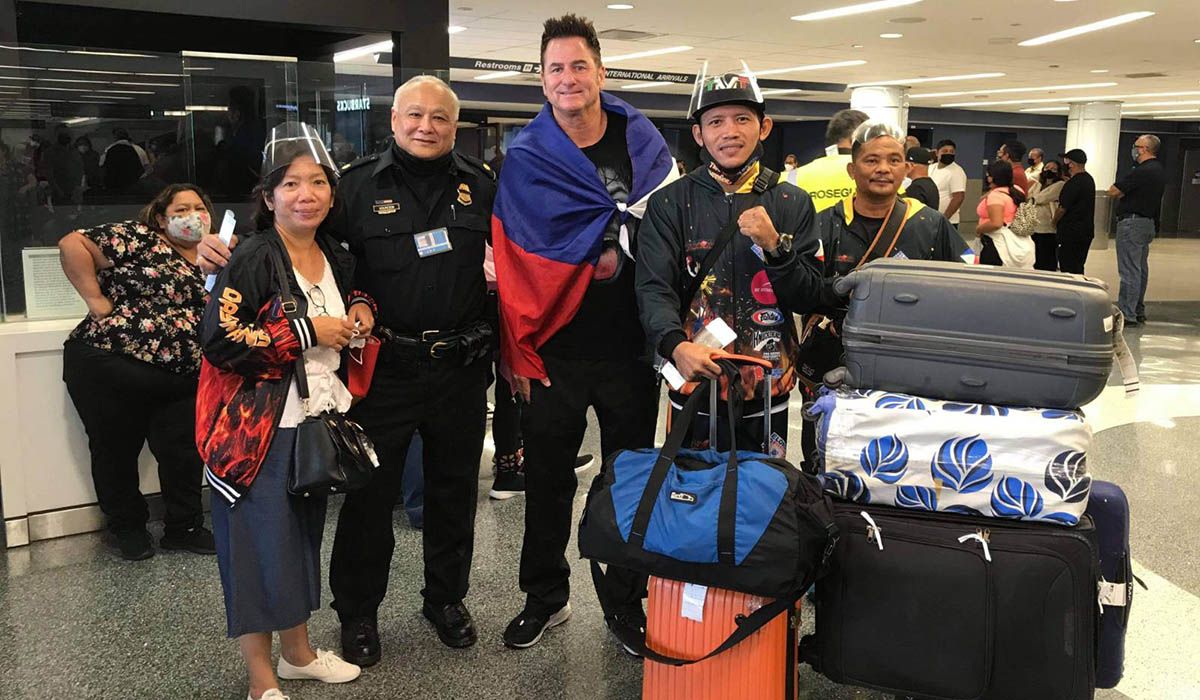 How exactly did fight fans get so lucky to witness a blockbuster showdown between two of the division's biggest stars?

"This had been in the works since Donaire beat Nordine Oubaali (17-1, 12 KOs) last May 29, Heads came quickly together and here we are."

Gregarious and wildly likable are among the choice words that pop in the mind when people speak of Gibbons. Feel free to lump "deal maker" somewhere in the pile.

GETTING THE JOB DONE.

With politics and corruption eroding the foundations of the sport of boxing, putting together a unification bout between fighters working under separate promotional umbrellas is as contentious and challenging as bearding a lion in its den.

But Gibbons, who also worked his tail off to make the MannyPacquiao-Errol Spence welterweight rumble possible this August 21, always makes things happen.

The uneasiness some camps feel about pitting one Filipino against another, didn't cross Casimero's mind. The murderous Ormoc puncher is a boxer who understands that his job is to box anyone hurled in front of him regardless of creed, color, race, religion, or flag.

"John Riel jumped at the opportunity to make history and become the first Filipino unified champion at any weight level," Gibbons told Spin.ph in a telephone interview earlier today.

Asked whether there are potential effects, preparation and strategy-wise, as a result of Casimero boxing Nonito instead of Rigondeaux on relatively short notice, Gibbons dismissed it as nothing at all.

"He is a looney tune," Gibbons said playfully of his bantamweight gem. "He will fight anyone, anywhere."

Gibbons politely declined to discuss terms of the fight purse which he rightfully deemed as "another man's money."

He did, however, assure that John Riel is a "very happy man."