LOS ANGELES – Manny Pacquiao once served as his sparring partner and there was a time when Gerry Penalosa moved to include the then reed-thin flyweight in the undercard of his world title fight in Manila almost two decades ago.

And while he never doubted that Pacquiao would become a world champion someday, Penalosa admitted the success, stature and riches his good friend has reaped over the years were beyond his wildest imagination.

A southpaw like Pacquiao, Penalosa tapped the Pacman to be his sparring partner as he prepared for the defense of his World Boxing Council (WBC) super-flyweight title against Mexican Joel Zarate Luna at the Cuneta Astrodome in 1998.

The then 18-year-old Pacquiao was also set to fight in the undercard against Raffy Montalban as he built up for his first-ever world title bid against Chatchai Sasakul of Thailand for the WBC flyweight championship.

Penalosa retained his title following a second round technical draw against his Mexican opponent in a match at the Astrodome witnessed by a large crowd that included then President Ramos.

Pacquiao was supposed to fight immediately, but never got to do as one too many people climbed the ring following the controversial ending to the Penalosa-Luna main event, forcing the ring to collapse. 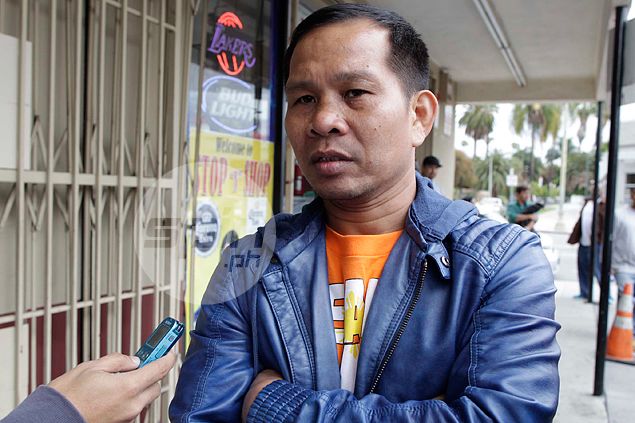 Eight months later, Pacquiao would win the first of his unprecedented eight world titles following an eighth-round knockout of Sasakul, something which Penalosa never once doubted.

In the same vain, Pacquiao's bosom buddy has no doubts whatsoever that he will beat Floyd Mayweather Jr. in their welterweight title unification fight on May 3 (Manila time) at the MGM Grand in Las Vegas.

Can Mayweather ever be part of his friends' list? Pacquiao responds

It'll be lights out for Mayweather once Pacquiao lands vaunted left, says Roach

Mayweather mouthguard costs $25,000 and trimmed with gold; Pacquiao's is free