WILL it be a case of a Manny Pacquiao all over again?

The unbeaten Filipino was good to go Saturday despite taking the fight on a two-week notice, tipping the scales at 117.5 lbs during the official weigh-in. The 28-year-old Rodriguez, from Puerto Rico, also came in at the similar weight.

Gaballo came in as a late substitute for fellow Filipino Nonito Donaire Jr., who was forced to step aside after his initial test for COVID-19 yielded a positive result. Despite three tests later on that showed Donaire was negative of the virus, organizers had it all cut out for a Gaballo-Rodriguez showdown.

If ever, Gaballo, 24, could borrow a page or two from no less than the legendary Pacquiao as he takes on the biggest fight so far of his six-year career. 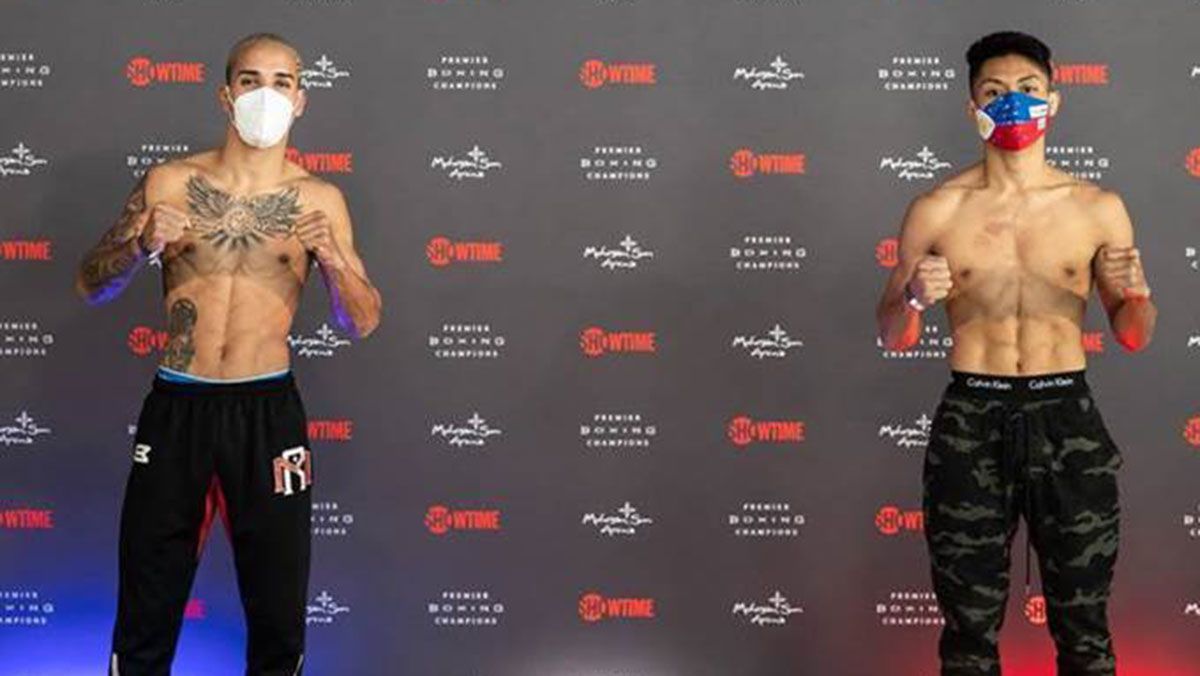 Althought only the interim belt will be at stake, Gaballo still faces a tough challenge against Rodriguez, the former IBF title holder of the 118-lb belt, who carries a 19-1 record with 12 KOs. The only blot on the Puerto Rican’s resume was second round technical knockout loss to unified world champion Naoya Inoue.

Fighting out of Sanman Promotions, Gaballo, from Polomolok, South Cotabato, sports a 23-0 record with 20 KOs.

Winner of the Gaballo-Rodriguez fight could face either Donaire or champion in recess Nordine Oubaali for the regular WBC belt.

Veteran referee Arthur Mercante will be the third man in the ring in the fight card promoted by Showtime. The three judges who are going to score the bout meanwhile, are Don Trella, David Sutherland, and John McKale.