THE camp of Manny Pacquiao is not bothered that it arrived in the U.S. barely two weeks before he challenges Jessie Vargas for the World Boxing Organization (WBO) welterweight title.

Trainer Freddie Roach is aware he and Pacquiao will have to cramp for a week before the 37-year-old Pacquiao cools down for the final phase of his training camp at the Wild Card gym in Los Angeles, where the boxing icon and his team arrived early Saturday night (Sunday morning, Manila time).

Pacquiao held the first six weeks of his camp at the Elorde gym at the E-Con Bldg inside the Mall of Asia Complex owing to his complex work as senator. Usually, he holds the entire two months of his entire training camp in the confines of Roach’s famous sweatshop in Hollywood, California.

He fights Vargas, the reigning 147-lbs champion, on November 5 (Nov. 6 Manila time) at the Thomas and Mack Center in Las Vegas.

“It’s not the best situation in the world, but that’s what we have right now, so we have to deal with it,” said Roach prior to leaving Manila. “It’s the choice we made. But we’ll be fine by fight night.”

The sparring however, was held behind closed doors as Roach had been complaining about the presence of too many people every time the Pacman trains.

In all though, the 56-year-old Roach has been satisfied with the condition Pacquiao (58-6-2, with 38 KOs) is right now despite the distraction that comes along with his other job as a public servant.

“His condition is really, really good. His timing is very good, and his power is unbelievable,” said the Hall of Fame trainer. “He’s very strong right now.”

Prior to leaving for the US, Pacquiao signed a contract making Mighty Sports Apparels as one of his sponsors for his 12-round title fight against Vargas. 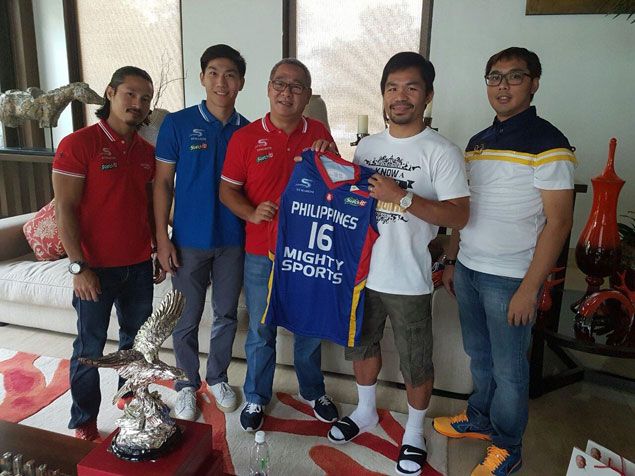