LOS ANGELES – Already well secured financially for the rest of their lives, the two best of friends are bound to make history two weeks from now.

But as Manny Pacquiao reaches for the crowning glory of a legendary career in the fight against Floyd Mayweather at MGM Grand in Las Vegas, Buboy Fernandez couldn't help but shed a tear each time he looked back on where they've come from.

Back then, Buboy said, all they ever wanted was to have a meal three times a day and help their family live a better life.

They've sure come a long way.

Come May 2 (May 3, Manila time), Fernandez's childhood pal faces the defining moment of his illustrious career when he battles unbeaten American Mayweather in a 12-round welterweight title unification bout that will be seen and talked about by millions of people around the world.

The magnitude of the Mayweather fight has yet to really sink in, Fernandez said. In fact, it wasn't until a few years ago did it dawn on him that his pal has turned into a worldwide celebrity, after he saw Pacquiao's name in neon lights adorning the billboards of Las Vegas days before the Oscar De La Hoya fight.

As a longtime trainer, Fernandez is the only man who has been with the 'Pacman' in all of his fights, yet he swore that none of those bouts come close to the Mayweather match in terms of hype and prestige.

This is definitely the defining moment of his partnership with the Pacman. 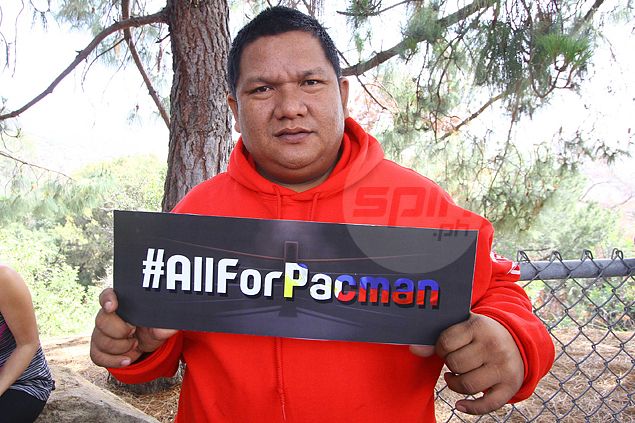 And no matter what happens in a bout billed as the richest and biggest in boxing history, Fernandez said there's one advice from his best friend that he will never, ever forget.

Never forget where we came from.