Stress-free Pacquiao can't wait to get it on with Mayweather: 'Para magkaalaman na'

LOS ANGELES – Still 12 days to go before the megafight, but Manny Pacquiao on Tuesday wished his showdown with Floyd Mayweather Jr. would be tomorrow.

He can't wait to get it on.

“Para magkaalaman na,” he said to the cheers of people around him just before he was to preside over an aborted international media conference call for his May 2 (May 3, Manila time) title match against the unbeaten American champion.

The confidence within comes from Pacquiao's belief that he has not been remiss in anything as far as his training and preparation for the fight is concerned.

Pacquiao did the mitts for 10 rounds at the Wild Card gym in the final push is his training before he heads for Las Vegas next week leading to his showdown opposite the 38-year-old Mayweather.

He earlier had his morning workout at the mountainous Griffith Park, where the 'Pacman' was again joined in the run by a large entourage that dropped out one by one as he reached the famed ‘Hollywood’ sign summit.

Not even a slight case of cramps could slow him down as he completed the course in less than an hour.

After wrapping up the road work with his traditional crunch abs workout complete with Christian music blaring in the background, Pacquiao said he’s not worried about losing the 12-round fight against Mayweather. 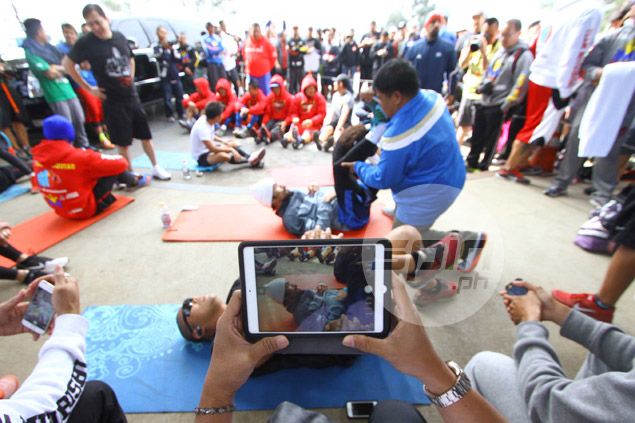