LAS VEGAS – Mark Magsayo hopes to put on a show in the undercard of the Manny Pacquiao-Yordenis Ugas world welterweight title fight.

The unbeaten Filipino said he’ll go for a knockout against Julio Ceja in a title eliminator bout for the right to face WBC featherweight champion Gary Russell.

A victory would move Magsayo even closer to his long-time dream of becoming a world champion that he wants nothing but an impressive showing against Ceja, who previously vied but lost to Jamie McDonnell for the IBF bantamweight crown in 2013.

“Let’s see what Ceja does. It’s a great fight,” he said during the undercard presser on Thursday. “Am I going to knock him out? Of course.” 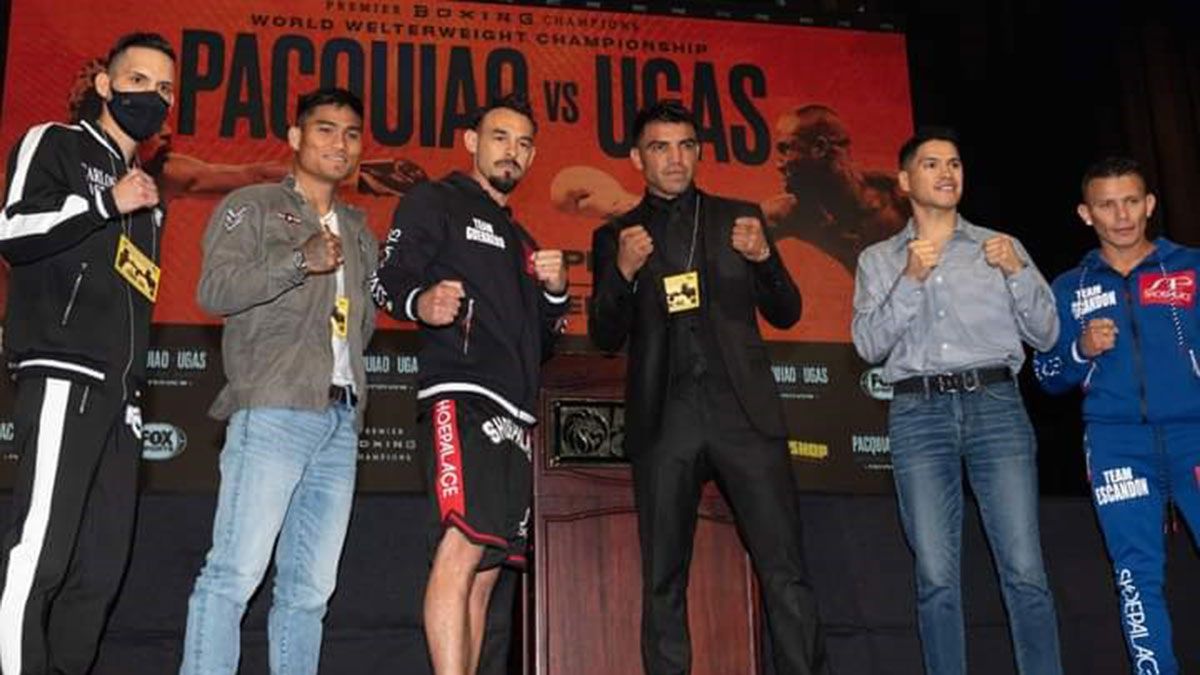 The Tagbilaran, Bohol native sports a 22-0 record with 15 KOs.

But the 26-year-old Magsayo, who fights under the MP Promptions, could find himself in a war against his Mexican opponent.

“I will be stronger and more physical than Magsayo. We are going to win by knockout,” he said.

Ceja however, has been inactive for the past two years, as he last fought yet in 2019 when he drew with Brandon Figueroa for the WBA super bantamweight crown.

In contrast, the Filipino contender already fought twice since arriving in the U.S. last year.

Magsayo, trained by Hall of Famer Freddie Roach, scored a split decision against Rigoberto Hermosillo last October, and followed it up with a TKO win opposite Pablo Cruz just last April.

“I’m so thankful that I have a legendary coach. He teaches me so many things about boxing and points out my mistake. All of my punches now are accurate. I’m a better fighter now,” he said.

Magsayo said he already achieved one of his boxing dreams of fighting in the undercard of a Pacquiao fight. Now he’ll try to reach his ultimate goal.

“Now my dream has come true (as one of the undercards in the Pacquiao-Ugas bout). So, I’ve put my all into winning this fight and I will be victorious,” he added.