NONITO Donaire Jr’s mandatory title fight against compatriot Reymart Gaballo is officially on as the two Filipino fighters are set to tangle on Dec. 11 at the Dignity Health Sports Park in Carson, California.

The 38-year-old Donaire is in deep training at his camp in Las Vegas for the first defense of the WBC bantamweight crown he won last May against Nordine Oubaali.

The oldest fighter in history to win the 118-lbs crown hopes to win this one in the hope of earning a rematch with undefeated two-belt title holder Naoya Inoue of Japan.

Donaire though, is not looking past his 25-year-old challenger.

“I’m looking at this point on, that I am fighting the best guys out there. The hungrier, the more dangerous that they become,” said the four-division champion in Playitright TV. 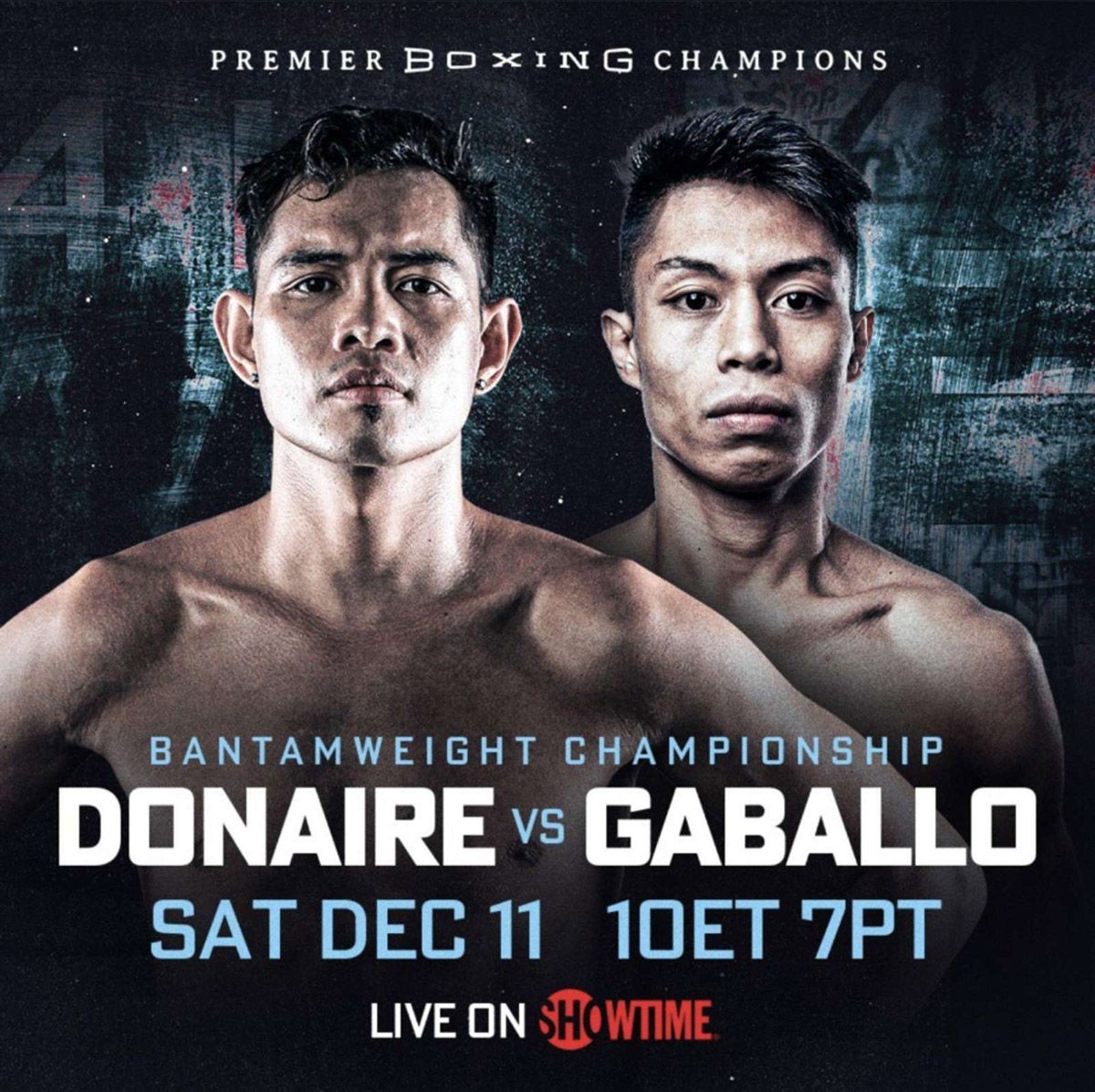 Gaballo indeed, carries an unblemished record of 24-0 with 20 KOs, and has youth on his side.

He is coming off a 12-round split decision against former IBF bantamweight champion Emmanuel Rodriguez of Puerto Rico last December to become the interim champion and earn a mandatory shot at Donaire's title.

Gaballo was only five years old when Donaire turned pro in 2001, and was 11 years when the ‘Filipino Flash’ won his first world title with a stunning fifth-round stoppage of then unbeaten Vic Darchinyan to bag the IBF flyweight crown.

“He’s (Gaballo) hungry for success and I know yung mga ganung tipo ng pagkatao are very dangerous fighter,” stressed Donaire, owner of a 41-6 record, with 27 KOs. “Kaya ginagawa ko ang lahat to reverse time to be healthy, to be strong, and lahat-lahat ng makakaya ko to be 100 percent ready in the ring.”

The champion also noted he will already be 39 years old by the time he steps into the ring against Gaballo as he turns another leaf on Nov. 16.

The Donaire-Gaballo fight will be the fifth all-Filipino clash for a world championship in the last three years after Jerwin Ancajas-Jonas Sultan (2018), Donnie Nietes-Aston Palicte (2018), Pedro Taduran-Samuel Salva (2019), and Taduran-Rene Mark Cuarto (2021).