NONITO Donaire can only commiserate with what Michael Dasmarinas had to endure at the hands of Naoya Inoue.

Donaire, 38, was also at the receiving end of Inoue’s damaging body shots the first time the two warriors met in 2019 - similar to what Dasmarinas experienced Sunday (Manila time) when he lost by knockout to the hard-hitting Japanese in their world bantamweight championship fight at the Virgil Hotels in Las Vegas.

Inoue, 28, thrice connected on left hooks to Dasmarinas’ side, each time the Filipino found himself down on the canvas, the last of which he failed to get up from as referee Russell Mora stopped the fight at the 2:45 mark of the third round.

Donaire admitted it was a gutsy stand put up by the Filipino challenger, who refused to give up and continued to fight despite wincing in pain every time he got hit by that Inoue liver shot.

“I have to give the biggest respect for Dasmarinas because I have been there, I know how it feels, and they hurt,” said Donaire, who was at ringside to watch his former tormentor in action, in a CBS interview.

“I just kept getting up, but that’s a horrific punch.” 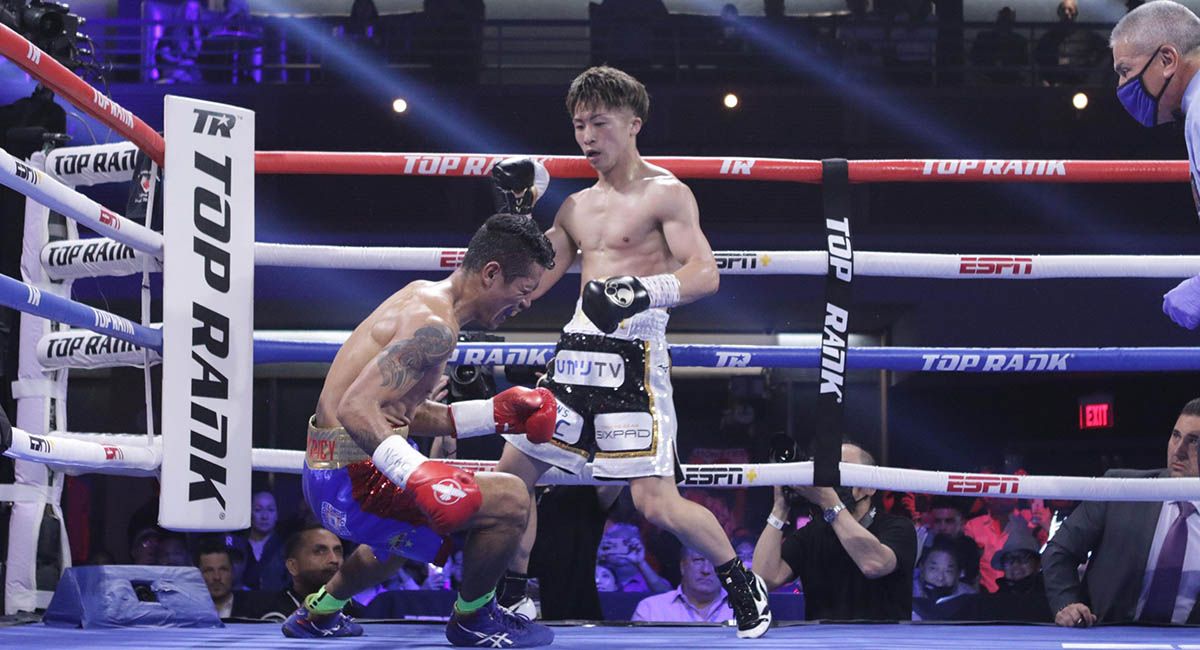 Donaire felt Inoue’s wicked body shot two years ago, one which also sent the ‘Filipino Flash’ down during the penultimate round of their unification fight in Saitama, Japan. The Japanese won the match via unanimous decision.

He admitted ‘The Monster’ is definitely a different fighter now compared to the time they first fought, and that was very obvious in the way he disposed of Dasmarinas, Inoue’s mandatory challenger, in less than 10 minutes.

“I thought (Inoue) looked great. He is very strong and I thought he got better. It’s great to see him grow. I was impressed,” he said.

Donaire, the reigning World Boxing Council (WBC) champion, is hoping to get another shot at Inoue, but needs to get past World Boxing Organization (WBO) counterpart and fellow Filipino Johnriel Casimero to earn that rematch.

Casimero and Donaire are set to tangle on August 14 in Carson, California in the first ever all-Pinoy world unification title match.

“Some people can call me crazy about things, but I love that fight (rematch with Inoue), and I want to do that again,” he said. “It drives and motivates me and gets me up in the morning. I can’t wait to do it again.”