Champ Ugas not ruling out a rematch against Pacquiao

LAS VEGAS – By beating a legend like Manny Pacquiao, Yordenis Ugas just put himself in the mix among the top welterweight fighters in the world today.

The Cuban has definitely lined himself up for lucrative fights at the 147-lbs division by retaining his WBA welterweight crown with a unanimous decision over Pacquiao on Saturday night (Sunday, Manila time).

Ugas, 35, came into the fight with Pacquiao as a last-minute replacement for the injured Errol Spence, taking on the match on just a 10-day notice that made him a 3-1 underdog against his highly-fancied opponent. 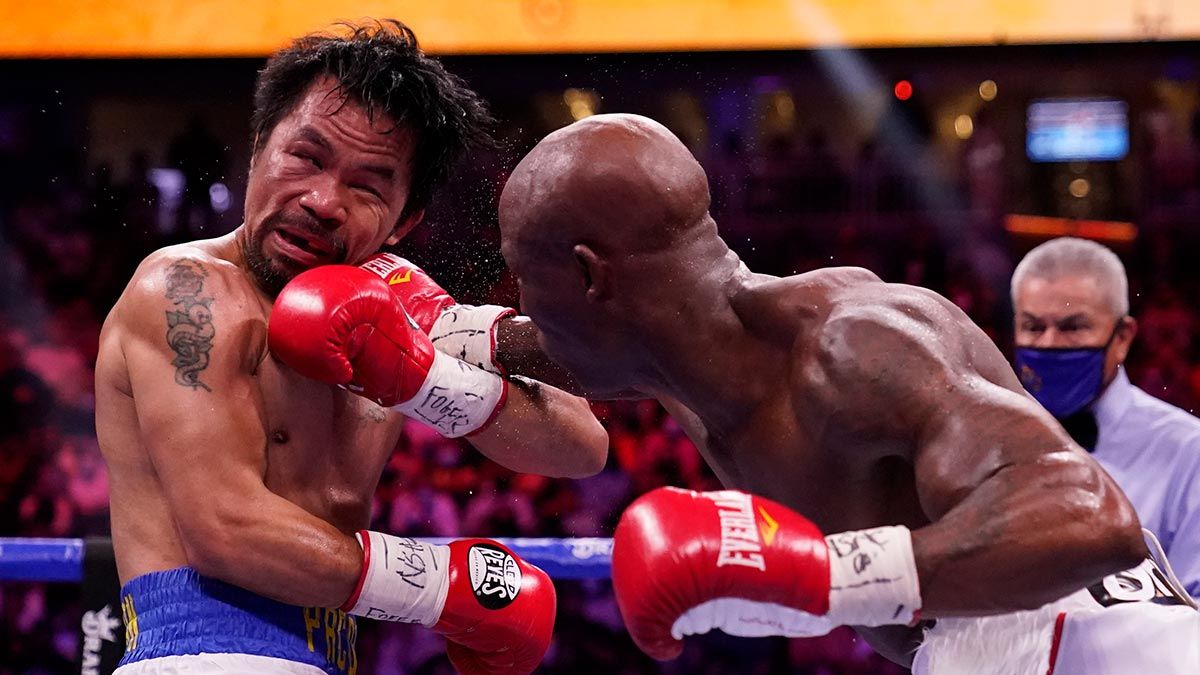 But now, instead of Pacquiao, it’s Ugas who’s being mentioned as possible foes of the other acknowledged kings at the welterweight rank, including Spence, the WBC and IBF champion, and undefeated WBO champion Terrence Crawford.

“The plan is to unify all the titles at welterweight,” said Ugas, a bronze medalist in the 2008 Beijing Olympics. “Everybody said he wasn’t the champion, now they know who the real champion is.”

Spence is next target

Ugas made mention of the 31-year-old Spence as his next target.

“He’s the next one on the list that I want to fight,” said Ugas of the American, who he wishes well as he recovered from a recent surgery from a torn retina.

The Cuban champion is likewise not discounting the possibility of taking the 42-year-old Pacquiao anew in a rematch should the Filipino southpaw decide not to retire.

“Two hundred percent. Manny is a great legend, a great fighter,” said Ugas. “If he wants a rematch, no question about it. A legend like that deserves it.”