JOHNRIEL Casimero sees his 12-round title bout against Guillermo Rigondeaux on Saturday as a quick one.

Provided of course, the Cuban challenger won’t be on his bicycle inside the ring.

“I have a surprise for Rigondeaux on Saturday night. He will maybe last three rounds. Don’t run,” was Casimero’s message to the two-time Olympic gold medal winner during the final presser for their fight held at the Hyatt Regency Los Angeles International Airport.

The 31-year-old pride of Ormoc has stopped his last six opponents including previously unbeaten Duke Micah last September in his first defense of his WBO bantamweight crown. 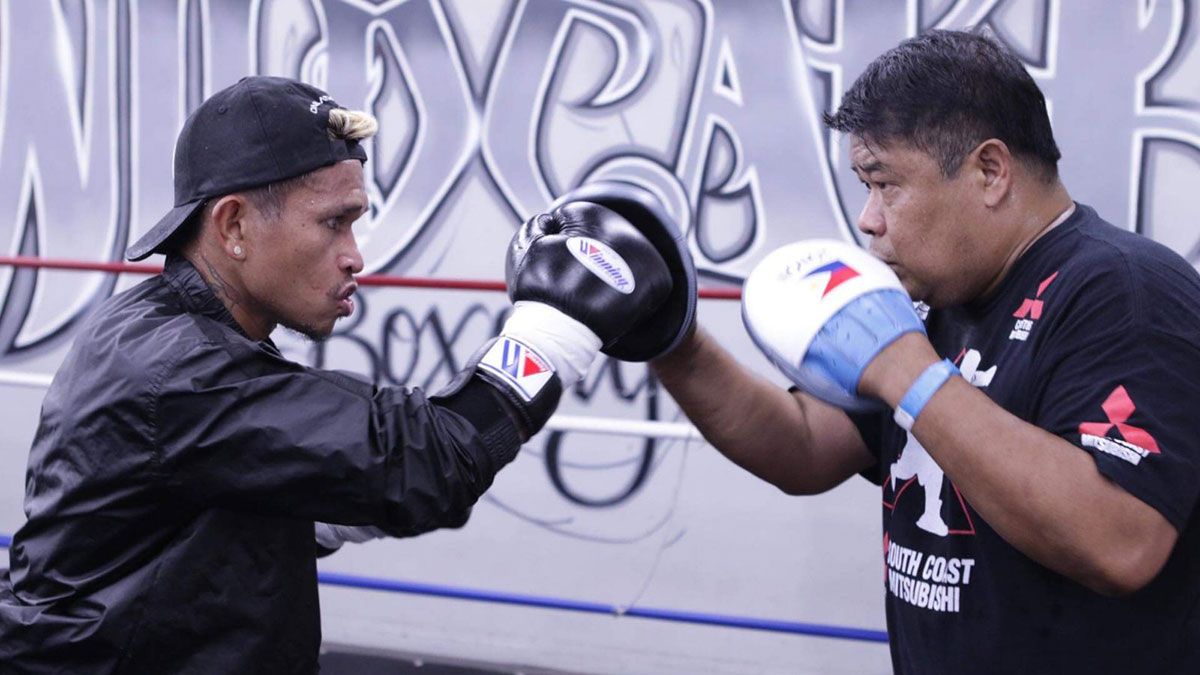 He’s looking to add Rigondeaux as victim no. 7.

“I’ve stopped my last six opponents and Rigondeaux is next,” said the outspoken champion, who sports a 30-4 record with 21 KOs. “He’s ‘finito.’ If I finish Rigondeaux, then maybe (Nonito) Donaire or (Naoya) Inoue will be next.”

Rigondeaux, 40, is unfazed by the loudmouth champion. As one of the technically gifted fighters in boxing, the Cuban knows he can deal with a power-punching machine like Casimero.

“He’s knocked out six guys in a row, but none of them are in the same class as me,” stressed the Cuban. “He’s going to have the devil in front of him Saturday.”

But Rigondeaux has been inactive for more than a year now, having fought the last time in February of 2020 when he beat Venezuelan Liborio Solis by split decision to win the vacant WBA (World Boxing Association) bantamweight title.

The inactivity and his advanced age however, are not a concern for Rigondeaux, who also won two golds in the AIBA World Championship and three golds in the World Cup that makes him one of the most decorated amateur fighters in Cuba’s boxing history.

“All these jokers always talk a lot about making me retire, but they have to do it in the ring,” said the Cuban (20-1, 13 KOs). Let’s see what you do on Saturday. I’m still right here.”