LAS VEGAS – Yordenis Ugas’ camp guarantees the reigning WBA champion would engage Filipino challenger Manny Pacquiao once only the two of them are on top of the ring.

The Filipino bantamweight champion said he wouldn’t be surprised if Ugas would try to run away from danger on Saturday (Sunday, Manila time) against the 42-year-old Pacquiao, in the same manner Guillermo Rigondeaux did in their own title fight a week ago at the Dignity Health Sports Park in Carson, California.

Both Ugas and Rigondeaux are Cubans who defected to the US after a distinguished career as part of the Cuba national boxing team.

While Casimero says he has respect for Ugas, 35, he still thinks the titleholder will dance his way around the ring once he gets to feel the power of the Filipino boxing legend.

That’s exactly what all transpired in Casimero’s bout against the 40-year-old Rigondeaux, who the reigning WBO bantamweight title holder felt began to run away when he landed several combinations middle of the opening round that caused the Cuban challenger to fall on both knees. The referee, however, ruled it as a slip.

But Ugas’ trainer Ismael Salas said it is not in the nature of his fighter to stay away from harm by just bouncing on top of the ring. 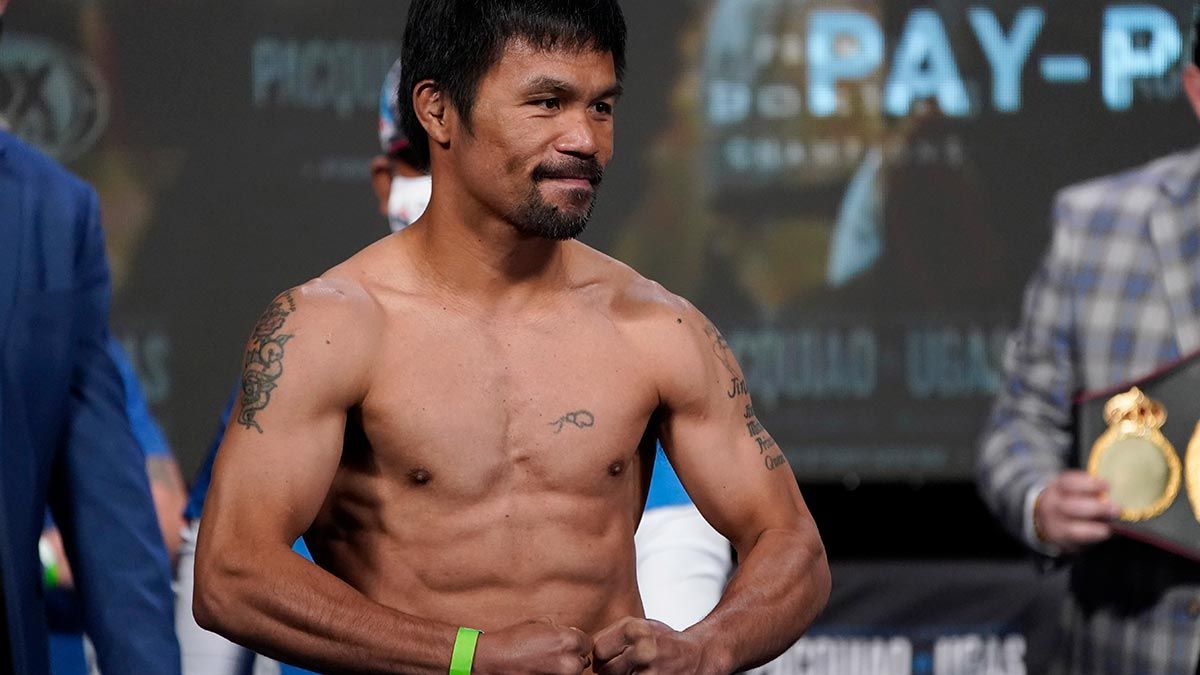 Manny Pacquiao is eager to regain his WBA welterweight belt.

“You will never see Ugas running away. He never does,” said Salas, who was once head trainer of the highly-successful Cuban and Thailand amateur boxing teams.

Be that as it may, Casimero doesn’t see Ugas going the distance against Pacquiao in a toe-to-toe battle.

“Four rounds,” said Casimero when asked how he sees the end to the fight.