Casimero took the fight to Rigondeaux from the opening bell, chasing the two-time Olympic medalist around the ring for all 12 rounds but hardly landing a significant punch against a 40-year old opponent who never showed an inclination to engage.

Although elated with the win, Casimero, 31, was obviously displeased with the way Rigondeaux fought in the ring. 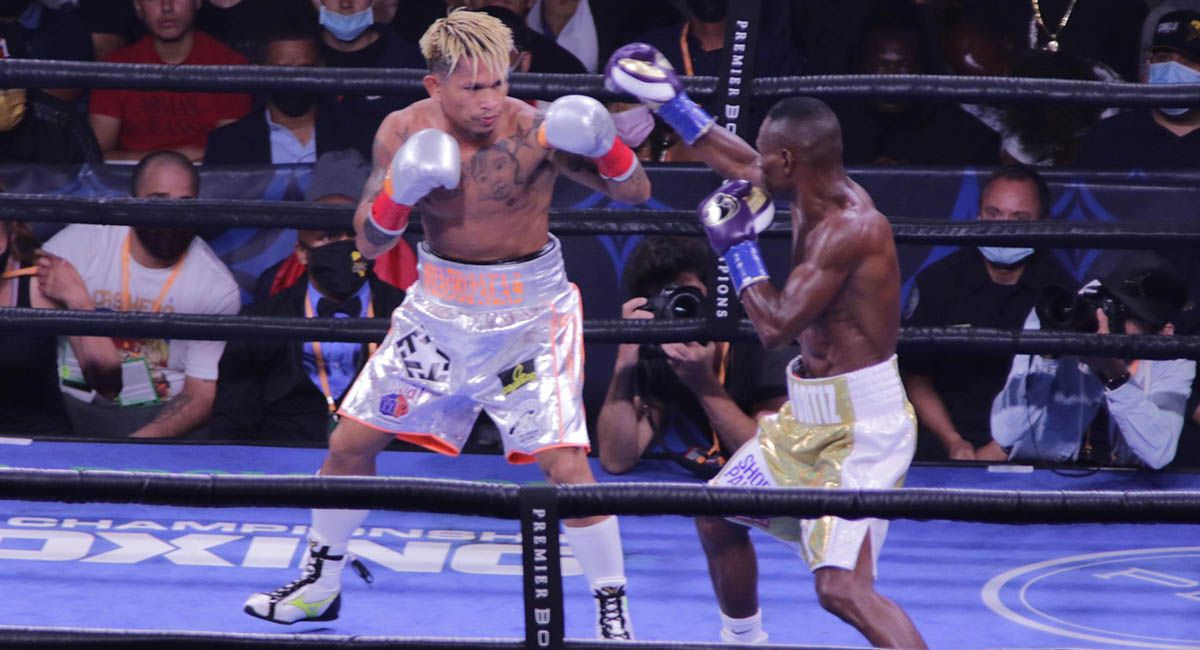 Rigondeaux, who famously beat Nonito Donaire in their 2013 unification fight, lost for just the second time in 22 pro fights, but was largely panned by critics.

He finally came out swinging - on Twitter, mocking Casimero who he said is 'no Pacquiao' while saying 'my chin is still in my head.'

A tweet by CompuBox claimed that the two boxers landed only a combined 91 punches, the lowest total for a 12-round fight in CompuBox's 36-year history.

The previous record was held by the Mario Barrios-Devis Boschiero lightweight bout held in 2016 in New Jersey were the two fighters landed a combined 100 punches.

Casimero was awarded the decision due to his aggressiveness, Compubox added. 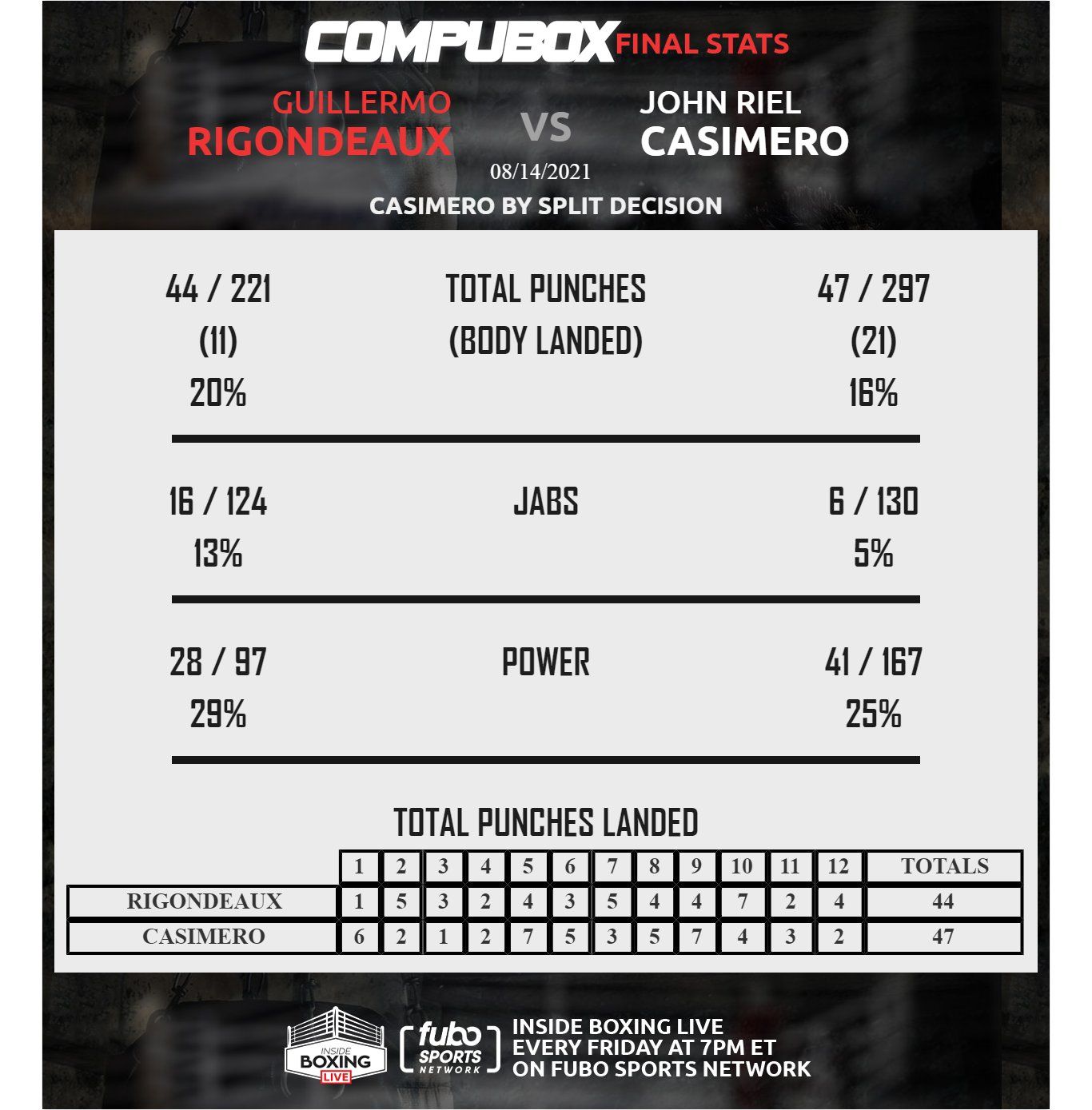 Casimero improved to 31-4, with 21 KOs as he kept his bid to a more lucrative and thrilling fight with either compatriot Donaire or undefeated Japanese Naoya Inoue.

Donaire is the reigning WBC title holder, while Inoue owns the IBF and WBA bantamweight belts.