Canelo is king of ring in 2019, but Pacman isn't going away easily

MEXICAN Saul ‘Canelo’ Alvarez, the holder of a staggering $365 million, 11-fight contract, proved himself worth every dollar in 2019, as he moved all the way up to win the world light heavyweight (175 lbs.) crown. But while Alvarez ruled the roost, ring icon Manny Pacquiao also showed that experience remains the best teacher.

A perusal of the big fights in international boxing saw the return to prime time of the heavyweight division. In the doldrums since the end of the Mike Tyson era, and literally sent to the freezer with the boring reign of Wladimir Klitschko, the heavyweight division finally produced some exciting and colorful fighters and is on course to showcasing its biggest fight in recent memory.

The biggest upset in 2019 actually took place in the heavyweight class on June 1, when contender Andy ‘The Destroyer’ Ruiz Jr. hammered out an impressive 7th-round knockout of the previously unbeaten Anthony Joshua to take the WBA-WBO-IBF crowns. Ruiz survived an early knockdown to floor Joshua four times in a stunning reversal.

With the victory, Ruiz became the first Mexican-American to be crowned heavyweight champion. Ruiz took the fight on short notice, only after original pick Jarrell Miller failed a series of drug tests. 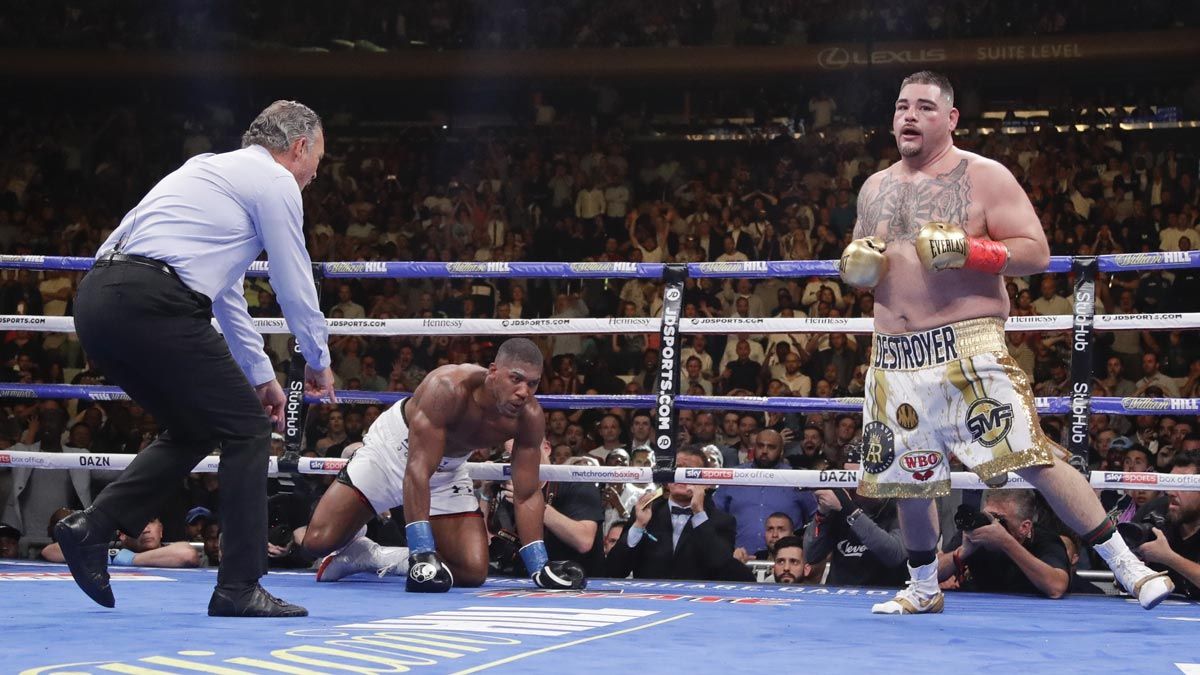 Then again, Ruiz’s fairy tale ride was over in a wink of an eye. Joshua availed of the immediate rematch clause in the contract and promptly regained the titles with a decision win on December 7. Ruiz showed up in pathetic shape. Ruiz, who weighed 268 pounds in the first fight, showed up for the rematch at a whopping 283 pounds. After the fight, Ruiz’s father disclosed that his son spent more time buying fancy cars and partying with friends instead of training in earnest for the return bout with Joshua.

Joshua returned to the throne within the year, but the Briton’s stock definitely took a hit. In the heavyweight hierarchy, Joshua (23-1, 21 knockouts), is now considered No.3, trailing WBC kingpin Deontay Wilder (42-0, 41 knockouts) and former champion Tyson Fury (29-0, 21 knockouts). 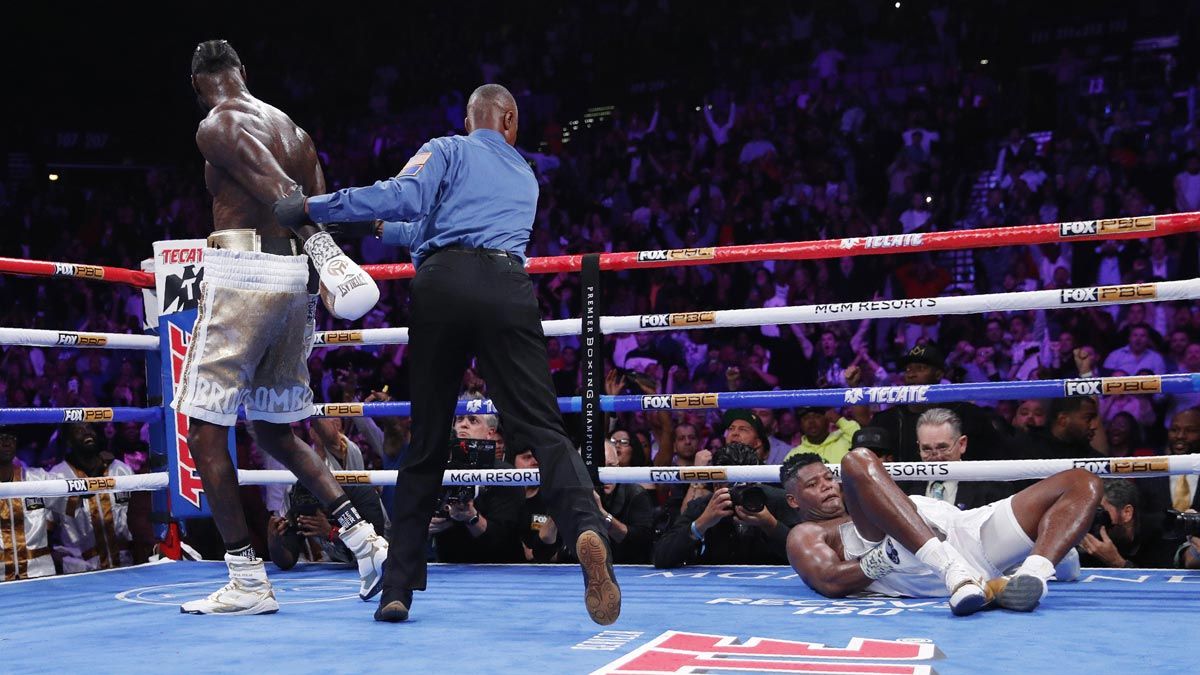 Wilder is booked to take on Fury on February 22 in a highly-anticipated rematch. The two first met in December 2018 with the bout ending in a split draw. Wilder, who floored Fury twice in the first fight, is promising a clear-cut conclusion.

Outside the heavyweight parameters, Alvarez’s star shone the brightest.

On May 4, Alvarez unified the WBC-WBA-IBF middleweight titles with a decision victory over American Daniel Jacobs. Six months later, on November 2, Alvarez skipped two divisions and moved all the way up to light heavyweight to challenge WBO champ Sergey Kovalev. Kovalev was holding his own when Alvarez exploded with left-right combination that flattened the Russian puncher in the 11th round.

With the victory, Alvarez (53-1, 2 draws, 36 knockouts), captured his fourth division title. Predictably, Alvarez immediately relinquished the title and hinted at a return to the middleweight or super middleweight (168 lbs.) division. Alvarez still has some unfinished business at middleweight, particularly a third meeting with Gennadiy Golovkin. 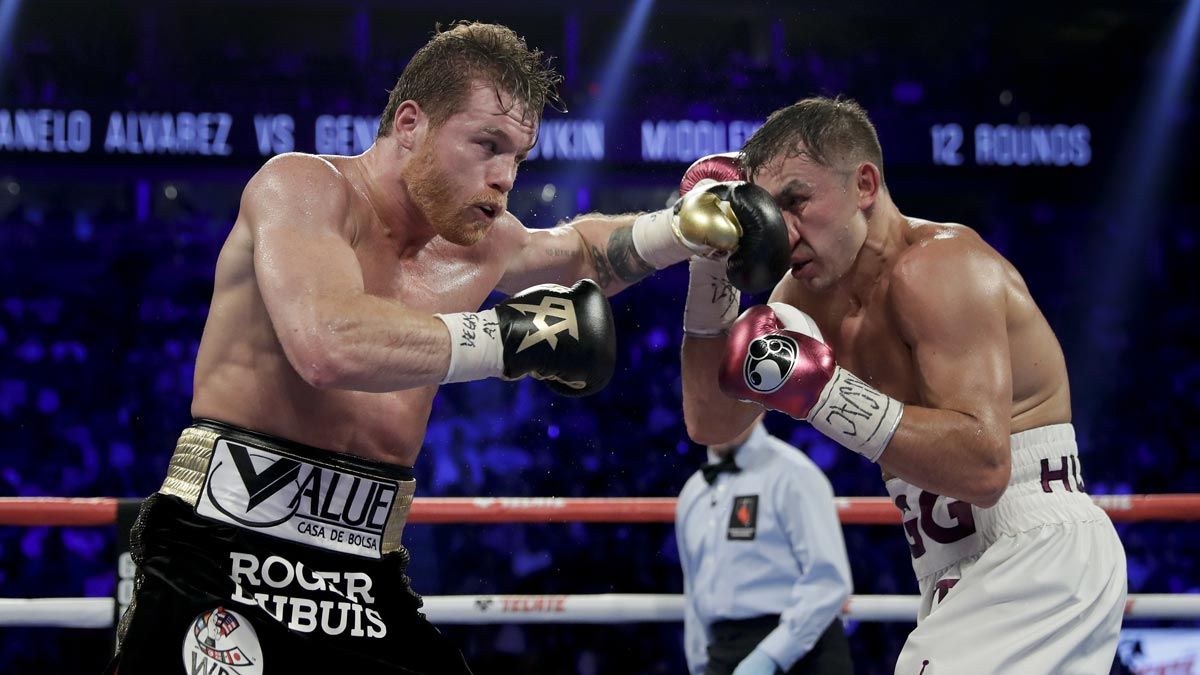 The welterweight (147 lbs.) class emerged as the most stacked, talent-wise, division in the sport, what with fighters like Errol Spence Jr., Terence Crawford, Shawn Porter, Danny Garcia and our very own Manny Pacquiao.

On March 16, before a crowd of 47,000 fans at the Dallas Cowboys Stadium, Spence handily defeated Mikey Garcia to defend his IBF title. On September 8, Spence returned to the ring and hacked out a hard-earned decision over Porter to unify the IBF and WBC diadems. Spence’s year, however, was cut short when he figured in a horrific car crash. Spence is likely to hit the comeback road in 2020 with a mandatory defense against Kudratillo Abdukakhorov.

Pacquiao, 41, continued to defy Father Time. In January, Pacquiao outclassed American Adrien Broner to win the WBA ‘regular’ welterweight title. On July 20, Pacquiao outgunned unbeaten Keith Thurman to collar the WBA ‘super’ welterweight championship. Pacquiao is mulling a return in April or May 2020 and reports persist that a rematch with Floyd Mayweather Jr. may be in the works. 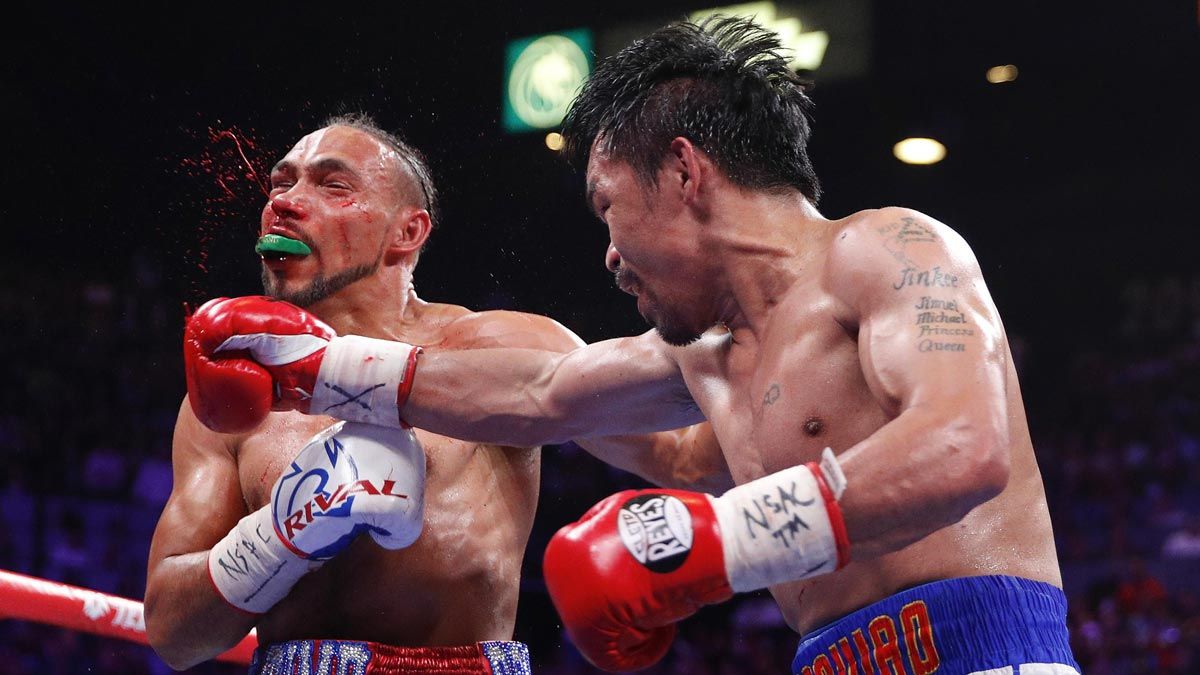 WBO champ Crawford (35-0, 26 knockouts), arguably the best in the welterweight crop, continued to feast on marginal opposition in 2019. Crawford received a semblance of a challenge on December 14, but still knocked out Lithuania’s Egidijus Kavaliauskas in nine rounds. Crawford has been hankering for a showdown with the likes of Spence and Pacquiao, but Top Rank’s failure to work with Al Haymon’s Premier Boxing Champions (PBC) has been a stumbling block. Porter recently announced that he has secured a green light from PBC to fight Crawford, but the latter unexpectedly expressed no interest in such a fight. Public pressure might just force Crawford to change his mind. A Crawford-Porter fight figures to be very competitive.

Ukraine’s Vasiliy Lomachenko (14-1, 10 knockouts) remained one of the best pound-for-pound fighters in the business, but he also struggled to find a worthy adversary in 2019. The WBA-WBO lightweight (135 lbs.) king steamrolled Anthony Crolla in April and outpointed Luke Campbell in August. 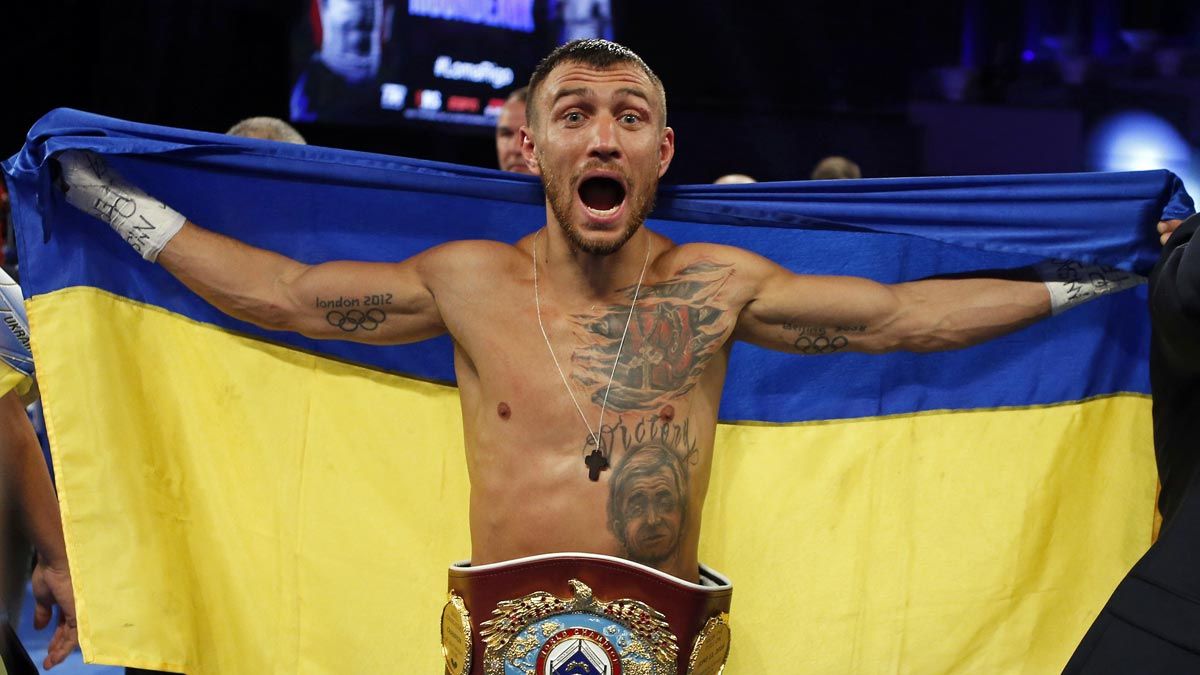 Big things may be in store in 2020, with Lomachenko recently disclosing that he already has an “agreement on paper” to take on IBF lightweight king Teofimo Lopez (15-0, 12 knockouts) in April 2020.

Former junior lightweight champ Gervonta Davis (23-0, 22 knockouts) is also eyeing a lucrative fight with Lomachenko. Davis, a thrill-a-minute puncher, moved up to the lightweight division on December 28 and won the WBA ‘regular’ crown with a 12th-round knockout of Cuban Yuriorkis Gamboa. Davis is definitely eyeing the winner of Lomachenko-Lopez.

Excluding Ioka (24-2) and WBA ‘regular’ middleweight champ Ryota Murata (16-2), all of the Japanese world champs are undefeated. Shiro capped the year for Japan with a four-round bamboozling of Filipino Randy Petalcorin on December 23. 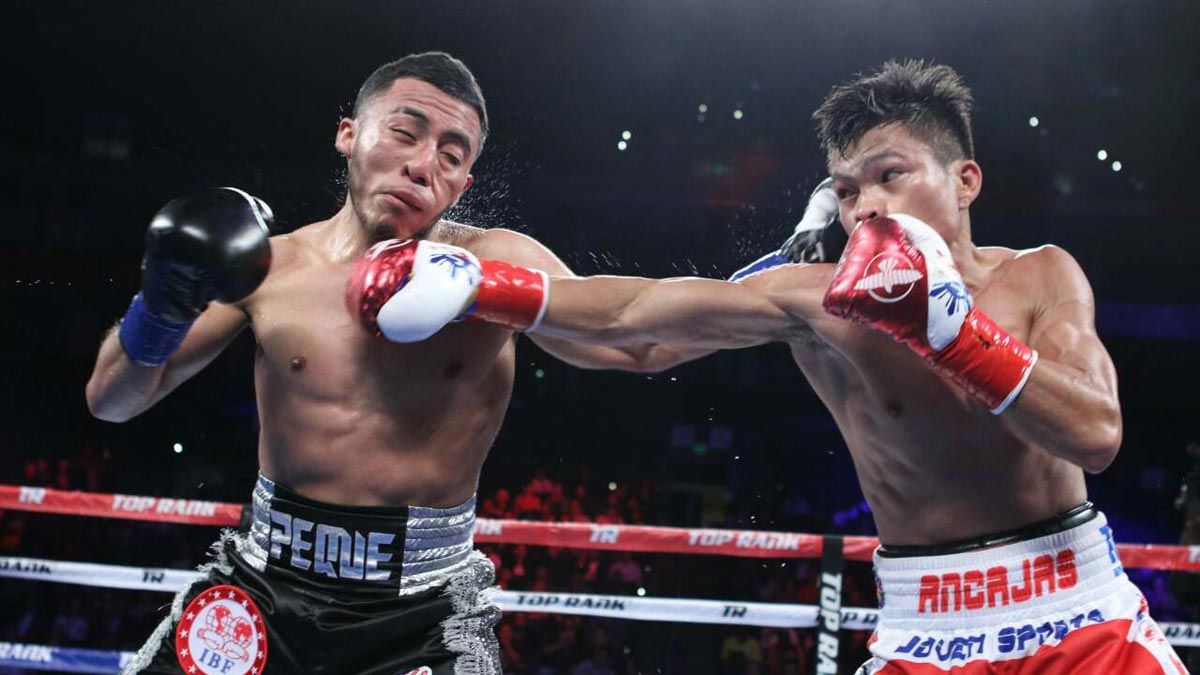 Amid the dominance of the Japanese fighters in the lower weight divisions, Filipino Jerwin Ancajas was a steady force at junior bantamweight in 2019, posting two successful defenses to bring his overall total to 8. Ancajas has been the IBF ruler at 115 pounds since September 2016 but has struggled to find a marquee opponent. This may change in 2020 as Top Rank recently announced that it is eyeing former pound-for-pound king Roman Gonzalez of Nicaragua and former champ Carlos Cuadras of Mexico for Ancajas.

Indeed, in boxing big things come for those who wait and continue to hit hard.