The super middleweight champions traded blows at their news conference on Tuesday (Wednesday, Manila time) to promote their upcoming title unification bout, and the exchange left Plant with a cut under his right eye.

The fighters scuffled after exchanging verbal barbs during the ceremonial faceoff before the news conference began in the garden of the Beverly Hilton. Apparently in response to a comment from Plant about Álvarez's mother, the Mexican superstar knocked Plant backward with a two-handed shove.

"You can say whatever you want to me, but not about my mother," Álvarez said afterward.

Plant stepped forward and threw a left hook at Álvarez, who mostly dodged it and countered with a left hand to Plant's face. Plant said the blow struck his sunglasses, which jammed into his cheek and caused the cut.

"We were just saying things, just the normal back-and-forth banter, and then he did what he did," Plant said.

Álvarez put it succinctly on Twitter while posting video of the brouhaha: "Don't talk about my mom."

The fighters' camps eventually separated them, but Plant was left dabbing at the blood on his cheek. He eventually put on his sunglasses for a frosty, combative news conference in which Plant repeatedly called out Álvarez for his doping violations in 2018.

Álvarez (56-1-2, 38 KOs) will risk his WBC, WBA and WBO super middleweight titles against Plant (21-0, 12 KOs), the unbeaten IBF champion from Tennessee, when they meet at the MGM Grand Garden Arena in Las Vegas. 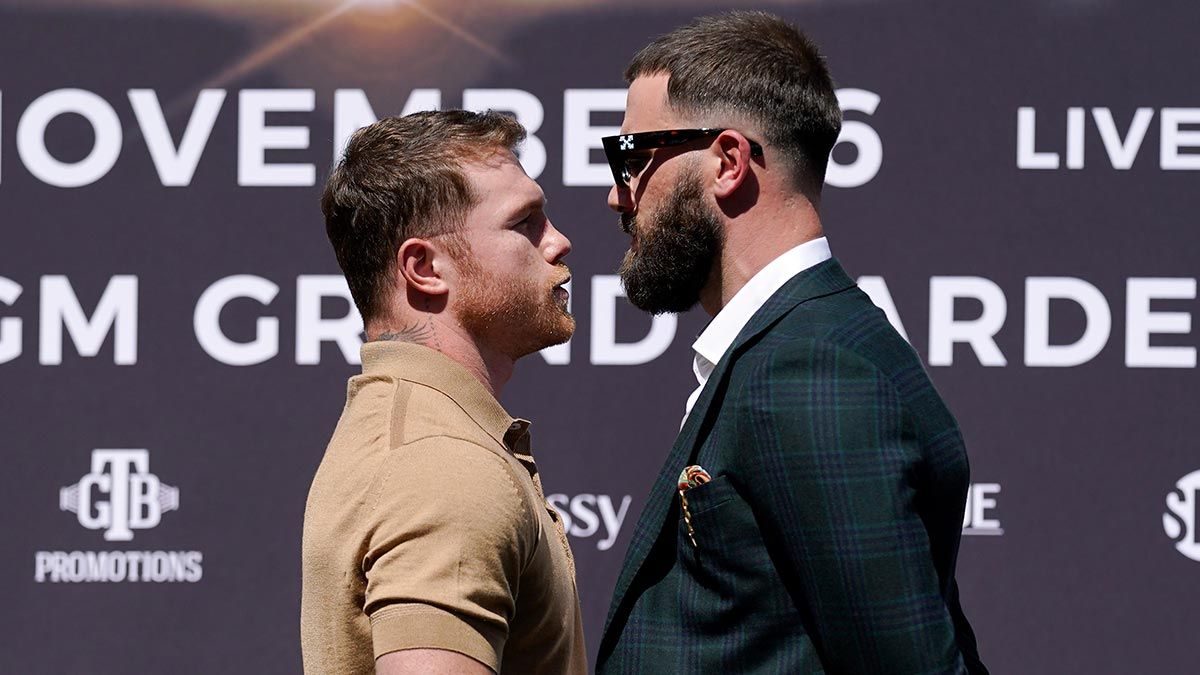 Plant repeatedly said Álvarez and trainer Eddy Reynoso are "cheaters." Álvarez was suspended for six months for clenbuterol detected in a drug test, although the Mexican champ claimed the banned substance came from tainted meat.

"This sport is too dangerous for people to be popping positive," Plant said. "He's a cheater. It's not up for discussion. Did he get suspended? Did he test positive? It's not about what I say. It's about what the (athletic) commission said. You have to take that up with them, not me."

"Taking illegal substances doesn't happen because you're confident," Plant said. "It happens because you're afraid. That just gives me more confidence. I've dedicated a lot to this sport, and it will be my life's work coming together in that one moment when I beat him. It would etch my name in the history books, and that's what I'm here to do."

Álvarez is unbeaten in 15 fights since his only career loss to Floyd Mayweather in 2013. He traded insults with Plant after their physical exchange, but kept his public comments more brief.

"For me, it's for history, for Mexico, for my team," he said. "I'm going to knock out this guy in less than eight rounds."