BOXER Renerio Arizala never thought he’d get to celebrate his birthday again. He didn't expect to see his family and loved ones anew.

Arizala was able to do both after surviving the biggest fight of his life.

The 25-year-old Filipino featherweight was reunited with his parents after arriving from Japan where he underwent two brain surgeries following his sixth-round stoppage loss to Tsuyoshi Tameka in Yokohama last March 31.

While he still walks with a slight limp, everything looked back to normal for the native of Masbate, who was in coma for 10 days at the Yokohama City Minato Red Cross Hospital where he underwent surgery.

He profusely thanked God and the people who supported him from the start all the way to his recovery.

“Suwerte lang din ako, talagang mahal pa ako ni God,” said Arizala, who visited the Games and Amusement Board (GAB) office in Makati on Thursday accompanied by the people from the Japan Boxing Commission (JBC), the Japan Pro Boxing Association (JPBA), and Japanese match maker Takashi Aoshima, all of whom had taken care of the Filipino boxer from the time he was operated on to his journey back to the country. 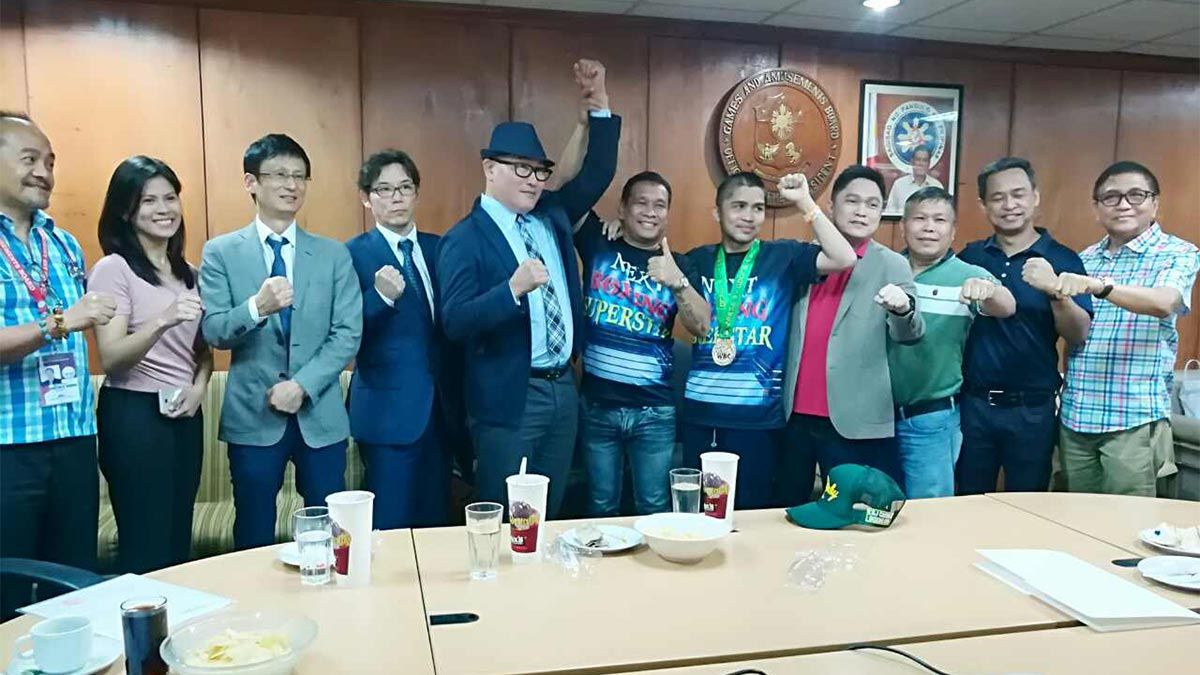 He said everything was just an accident, saying the injury was part of the risk boxers like him face whenever they climb to the ring.

The hair on Arizala’s right head was shaven, showing the long stitches on his skull that served as a grim reminder of the ordeal he had gone through on that fateful night in Japan.

Arizala said a jab straight that landed on his chin as Tameka was battering him in a corner proved to be the beginning of the end for him.

The Filipino didn’t go down but received too many blows, forcing the referee to step in and stop the fight.

Until that solid jab, Arizala said everything was going fine for him.

Arizala, who was given a medal of bravey by the JBC, said he couldn’t remember everything just before he collapsed.

GAB chairman Abraham Mitra, through boxing chief June Bautista, said the agency will do everything in its capacity to help Arizala make a full recovery.

“The (GAB) board through Chairman Mitra, has requested assistance from the PCSO. It needs the signature of Arizala for processing and hopefully, it will be acted upon immediately,” said Bautista.

“Maybe it’s an eye opener for the board to make some policies or any help that we can give to Arizala.”

Arizala will still undergo therapy to strengthen his left leg as he sometimes get off-balanced while walking.

Other than that, he’s on his way to total recovery. But he's done with boxing.

But he has one regret though.

He also apologized to his mother, a certified fan of Michael Buffer, he of the ‘Let’s get ready to rumble’ fame.

Just by conquering such a major trial, Arizala is already a champion in his own right.