Good times here again for bar, restaurant owners as they look to cash in on Pacquiao-Mayweather fight

IT'S expected to be the biggest and richest fight in the history of boxing, and restaurateur Allan Gregorio is not about to miss out on the action.

This early, Gregorio, who is also coach of the University of the Philippines juniors team and official of PBA ballclub NLEX, is getting reservations for a viewing party he is planning in a restaurant he runs with still six weeks to go before the Manny Pacquiao-Floyd Mayweather fight on May 3 (Manila time).

“As early as now, we already have reservations from eighty people," said Gregorio, whose restaurant along Sgt. Esguerra in Quezon City has undergone a facelift and is now called Full Belly Craft Kitchen after being known as Country Spice the last few years. "We’re all excited."

Like Gregorio, owners of bars and restaurants around the metro are keen to cash in on an event billed as the 'Fight of the Century' amid a spike in the interest in Pacquiao fights, thanks to the deal that finally sealed the long-awaited fight against Mayweather.

Viewing parties in bars and restos became the trend at the height of Pacquiao's rise over the last decade as the world stopped during every fight by the beloved Filipino boxing icon from General Santos City.

However, interest has since waned following Pacquiao's devastating knockout loss to Mexican rival Juan Manuel Marquez as well as a series of ho-hum fights against lightweight opposition like Brandon Rios and Chris Algieri.

Gregorio said the last time they held a viewing party was in 2009 for the Pacquiao-Miguel Cotto fight. He is now reviving the gimmick and expects to make a profit with a tentative P600 price for each ticket that entitles customers to a plated meal and a few drinks. 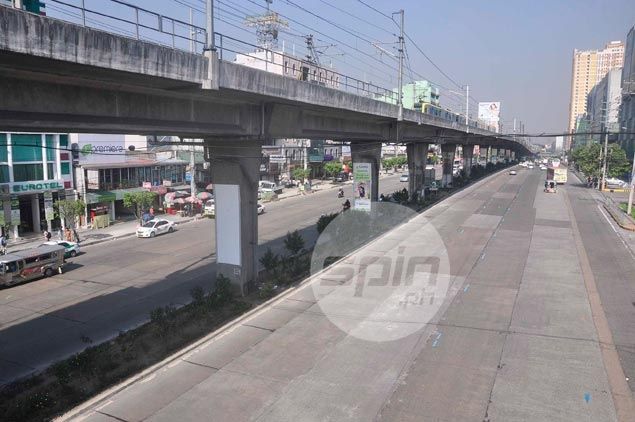 Not to be outdone is Alamat ng Garahe, a four-month-old car-themed bar in Manila, with part-owner TJ Manalaysay saying they will subscribe to the pay-per-view from their cable provider, no matter how much it would cost.

Also expected to make a killing are cinema chains around the country.

Back during the Algieri fight last November, a tour of Metro Manila malls done by Spin.ph showed the bout being shown on one or at the most two half-filled theaters. Now officials of the SM mall chain said they expect to open more, just like the good old days.

According to Gregorio, the highly anticipated fight is a 'win-win situation' for bar and resto owners who serve alcohol: they expect customers to toast a Pacquiao victory - or drown their sorrows if Mayweather wins.