JUAN Manuel Marquez would rather preserve the memory of his resounding victory over archrival Manny Pacquiao than face the Filipino bomber for a fifth time in the ring.

Not even the color of money could convince the Mexican warrior to agree and sign the contract.

Top Rank promoter Bob Arum recalled offering Marquez a lucrative amount, just a year after his thrilling sixth-round knockout of Pacquiao for the fifth installment for one of boxing’s most enthralling rivalries of all time.

The amount, according to Arum, was a tempting seven-figure sum, perhaps the biggest prize purse Marquez would've had in his boxing career.

But it was a case of thanks, but no thanks for Marquez. The machismo in him prevailed.

“I know that we offered him either six or seven million dollars (for the fifth fight), which was far more than he ever made for the fourth fight,” said Arum as he tried to piece together the details of an event that happened between 2012 and 2013 in an interview with World Boxing News.

“So we offered him six million. Then I know we went up to eight or nine (million), something like that.” 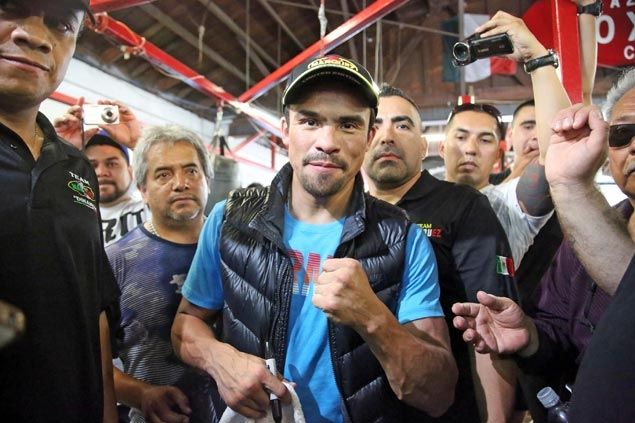 Marquez earned close to $5 million for his fourth meeting with Pacquiao in December of 2012, including $3 million in guaranteed purse alone.

While the offer initially drew his interest, the Mexican in the end thought there was no better way to close out his compelling rivalry with the legendary Filipino than the brutal sixth-round stoppage of Pacquiao.

The brave Filipino warrior was on the verge of dealing Marquez another defeat until he run smack into a perfect right by Marquez in the waning seconds of the sixth round that knocked him out cold, faced-first.

“It’s a lot of money,” Marquez told ESPN Deportes. “I refused in order to keep my honor and the glory of the fourth fight from 2012.

“The honor, pride, and what we did is more important than a fifth fight.” 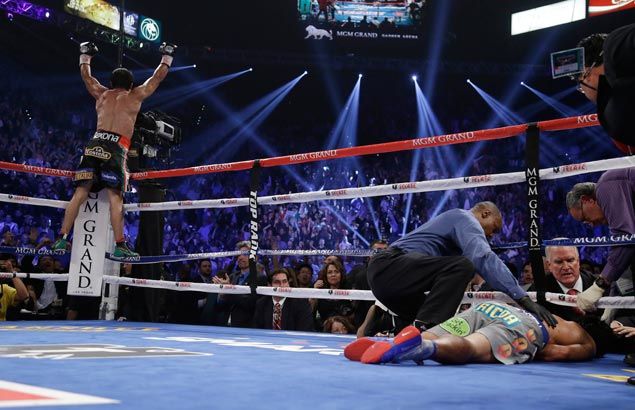 Arum, who once promoted Marquez, understood the emotion of one of boxing’s best counterpunchers ever, but wanted to set the record straight that there was no such mind-boggling offer of $100 million as what the Mexican claimed for him to take on Pacquiao anew.

While there may have been offers from another party, the veteran promoter believes it could be in pesos and not dollars.

“I think the better theory is that Marquez was talking about pesos. That’s because when you take 100 million pesos or 150 million and translate it to dollars, that would be accurate,” said Arum.

What is certain was Marquez never fought Pacquiao again.

He took on Timothy Bradley in a World Boxing Organization (WBO) welterweight title match, losing by split decision in October, 2013, before scoring a unanimous decision win over former world champion Mike Alvarado seven months later in what turned out to be his final professional fight.

Now a boxing analyst in Mexico, Marquez compiled a career record of 56-7-1, including 40 KOs.