Ancajas hopes Magsayo, Sultan good fortune rubs off on him in title defense

THE same thing he did to Jonas Sultan earlier, Jerwin Ancajas also did to Mark Magsayo.

Unknown to many, the soft-spoken Ancajas served as sparmate of Magsayo leading up to his WBC featherweight title match against Gary Russell Jr. last week in Atlantic City, New Jersey.

The two Filipino bets fighting out of MP Promotions, sparred against each other in December as they were preparing for their respective title bouts.

Ancajas, holder of the IBF super-flyweight crown, was then training for his unification fight against WBO counterpart Kazuto Ioka, while Magsayo was getting in shape for his first world title match.

Unfortunately, the Ancajas-Ioka showdown set for a New Year’s Eve fight date in Tokyo failed to push through after the Japanese government closed its border to all foreign travelers due to the COVID Omicron variant.

But Ancajas will be back in the ring on Feb. 26 as he stakes his IBF super-flyweight title against undefeated Fernando Daniel Martinez of Argentina at the Cosmopolitan in Las Vegas in the undercard of the WBA super-featherweight title showdown between reigning champion Roger Gutierrez and mandatory challenger Chris Colbert. 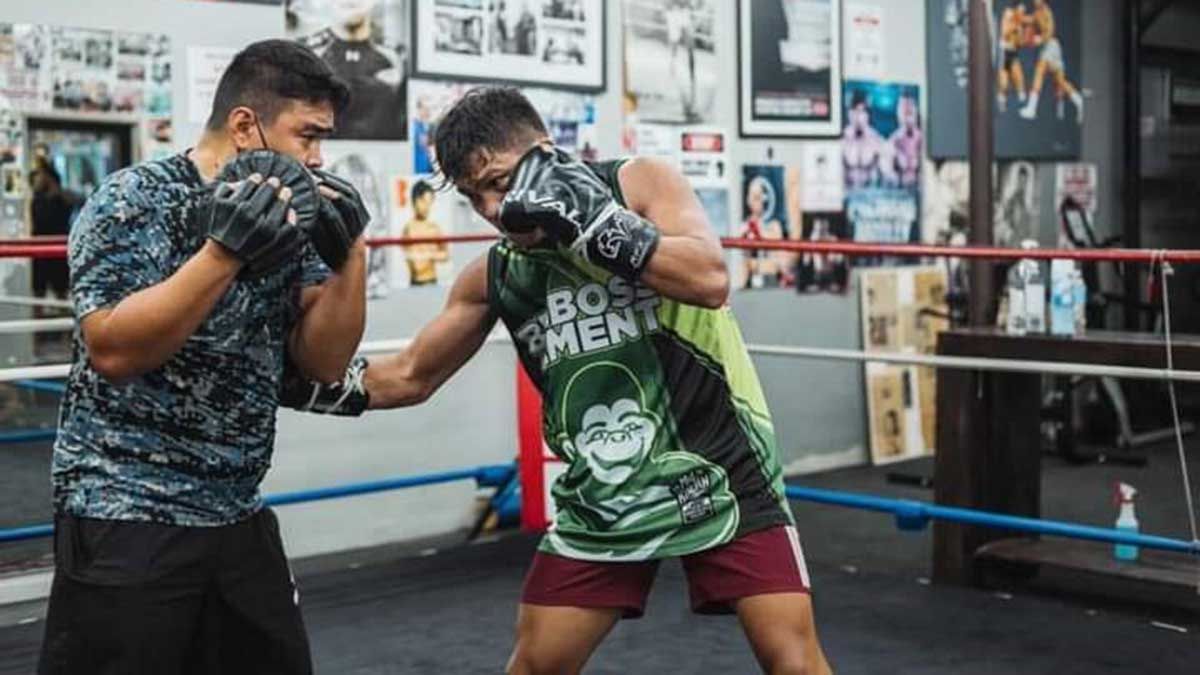 Premier Boxing Champions (PBC) made the official announcement during the Magsayo-Russell title bout.

That has been the way for Ancajas and the rest of the fighters under MP Promotions.

Sultan eventually dealt Caraballo his first career loss via a 10-round unanimous decision, which the Filipino highlighted by knocking down the Puerto Rican four times during the course of the fight.

The 30-year-old Sultan is now set to leave for the U.S. to serve as one of Ancajas’ sparmates in his Los Angeles training camp for the Martinez fight.

Ancajas currently has new MP Promotions protégé Jeo Santisima for his sparmate. The 25-year-old Santisima is also preparing for his March 4 fight against Joet Gonzalez in the undercard of former world champion Jose Ramirez’s comeback fight opposite Jose Pedraza.